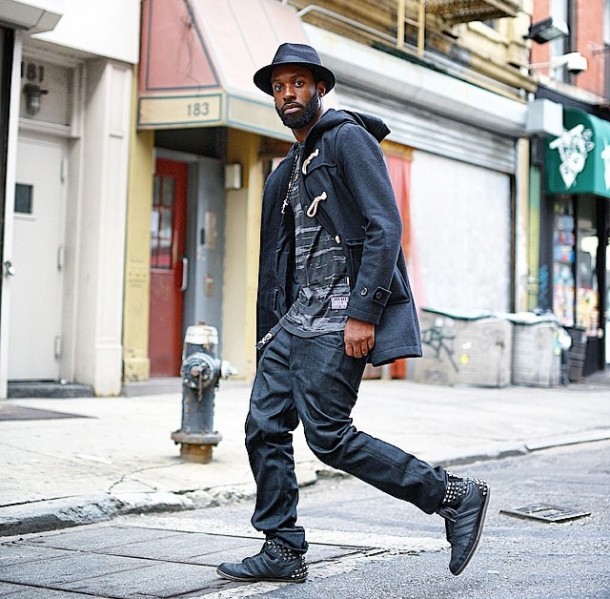 Hip-hop heads are marching out of hibernation to kick off March and here are three to check out on various sides of the equation, all of whom are touring behind quality albums released in November.

Marching militantly into town to promote his “Y-3,” Mickey Factz will be spouting a lot of food for thought from when he hits town this month. Born Mark Williams in 1982, Factz hails from the Bronx and went to the same high school Afrika Bambaataa attended in the 1970s. He got his start with the “In Search of N.E.R.D.” mixtape in 2006, drawing music and inspiration from that Pharrell Williams (no relation) group. Since then Mickey Factz gave up a spot at NYU Law School to focus on being an MC. He has collaborated with Drake, Yelawolf, B.o.B, The Cool Kids and Bambaataa, and in 2009 appeared on the cover of XXL as part of their Freshmen 10 issue. Mickey Factz has headlined the Rock The Bells festival (he cites LL Cool J as a big inspiration) and has toured with Chicago native Lupe Fiasco (he hopes to support his next tour). Lyrically, Mickey Factz refers to Bill Gates, Steven Spielberg, Magic Johnson and Derek Jeter in his giddy earlier composition “The Rush,” but “Y-3” is a darker affair. Factz still draws freely from popular culture, especially film, throughout—specifically “The Matrix,” “Die Hard” and “Rocky”—but his patience is clearly wearing thin on tracks like “Pentagon” and “Under God.” He begins the latter by addressing President Obama directly: “Good morning, Mr. President / I have concerns with your overbearing negligence / my people dying in the streets over cigarettes / really I’m tired of your speeches and your ignorance / you got some nerve—this is for the unheard… ” and he only gets angrier from there. “Hands up if you know it’s not a nation under God,” he raps on the chorus. Mickey Factz brings his “It Was All A Dream Tour” with Brooklyn rapper Candis to The Promontory (5311 South Lake Park West) on March 2; and sharing the bill are ASA, Shaffer Jones and Chrissy Milan. Tickets are $10 in advance or $15 DOS; the show is seventeen-plus and starts at 9pm.

The next rapper of note to hit Chicago has achieved a higher profile, and thus will fill the echoey old-school cavern in Uptown, The Aragon (1106 West Lawrence); just like eighty percent of the U.S. leg of his current tour, this show is a sellout for Logic. That’s not to say that the rapper born Sir Robert Bryson Hall II in Gaithersburg, Maryland (and whose DJ goes by the name Rhetorik, get it?) is himself a sellout. His sophomore record, modestly entitled “The Incredible True Story,” is ambitiously crafted around a futuristic space exploration theme; but between the “scenes” that seek to put Logic within this concept, he crafts solid, head-bobbing grooves and dope rhymes delivered at a variety of speeds, none of which diminishes the hooks and melodies. Aside from early inspirations like Wu-Tang Clan and The Roots, Logic considers his biggest role model Frank Sinatra, so much so that he refers to his fan base as BobbySoxers and the RattPack. Dizzy Wright opens the all-ages show on March 4; doors open at 6pm. The concert, as noted above, is sold out.

Just in case Factz and Logic aren’t your bag, or you can’t obtain a ticket to either show, you can lighten the mood by seeing MC Lars, who is “pretty fly for a white guy,” to say the least. The self-proclaimed originator of “post-punk laptop rap,” the Stanford alumnus born Andrew Robert MacFarlane Nielsen is touring to promote his latest record, “The Zombie Dinosaur LP,” which is about as serious in content matter as the title suggests. His talent and reputation as a pop-culture skewerer is such that he has collaborated with inspirations “Weird Al” Yankovic and mc chris (who will be at Cubby Bear on March 19) and he’ll be fresh off a European tour opening for Bowling For Soup. Now that No Doubt is planning on replacing Gwen Stefani with AFI’s Davey Havok, “Sublime with Rome (Is Not the Same As Sublime)” takes on a new resonance; but there are lots of other gems on his latest record, including a worthy sequel to “Hipster Girlfriend” in “Hipster Mom,” “The Top 10 Things To Never Say On A First Date” and “If I Were A Jedi (That Would Be Hella Awesome),” featuring Brian Mazzaferri of Chicago’s own I Fight Dragons. Other guest appearances include Kool Keith and Less Than Jake’s Roger Lima. Fellow nerdcore hip-hop MC (and chiptune DJ) Mega Ran and Chicago group Freaks For Geeks open. It all goes down at Schubas (3159 North Southport) on March 6 at 7pm; tickets are $12 and the the show is twenty-one-plus.