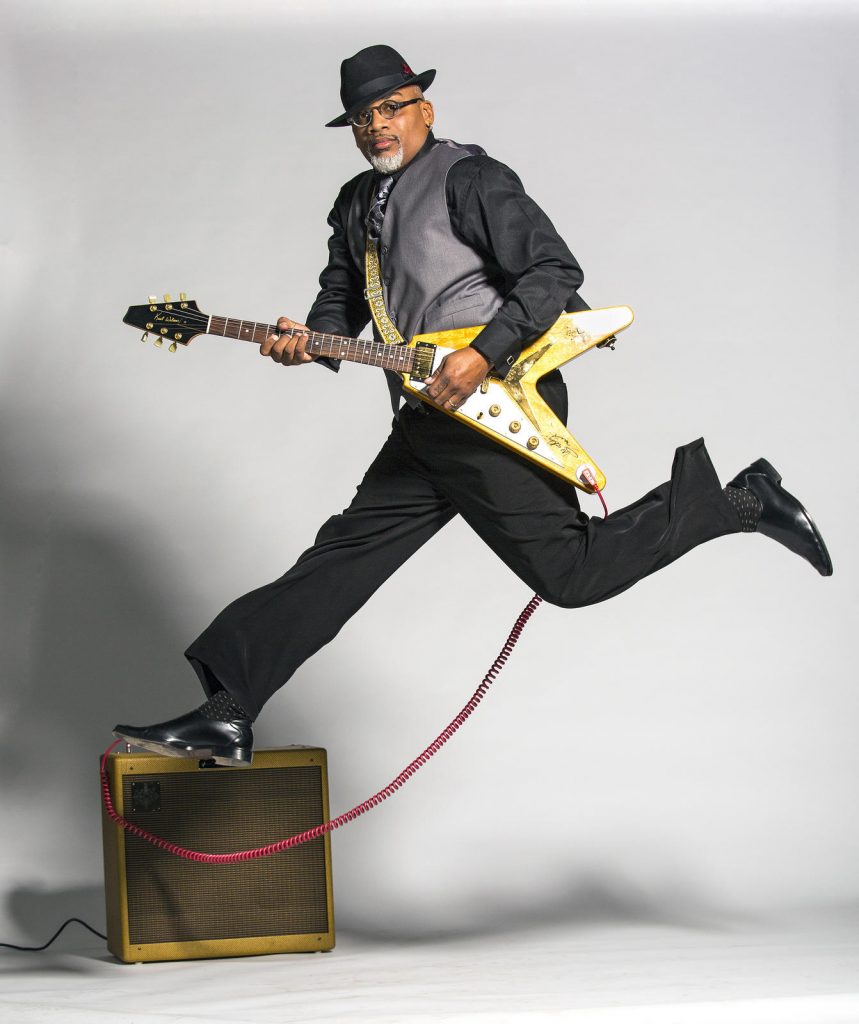 Periodically I wonder at the endurance of the blues in the frictionless, digital roller coaster we call the twenty-first century. It takes a young artist like Toronzo Cannon (born in 1968, which makes him practically an ingenue in blues circles) to remind us of the reason: that when your life craps out and craters, you end up in a place that never changes. There’s no wifi in the gutter. There’s no anything—not in the external sense; just a population of gone-wrongs, each mired in his or her own tragic psychodrama.

And with Cannon at the frets, that navel-gazing has never sounded more triumphantly invigorating… even funny. In “Walk It Off” (from his new Alligator Records release, “The Chicago Way”) he bemoans that classic uh-oh scenario, “My wife in the club, my girlfriend on the way / I’m standing here nervous while I’m on the stage / She came right in, and sat right down / Wearing the same dress I bought them both when I was out of town.” And in “Bad Contract” he howls in dismay over the terms of a one-sided divorce agreement: “‘Take what you came with, that’s what I say / But the judge didn’t see it that way / They say every dog has got its day / Well the dog had to go / With half my pay.” And when he stops to shake his head in disbelief at the world-class crumminess of it all, his guitar comes blistering in, lashing him—and us—with unrelenting fierceness.

It’s bravura stuff, and I’ve got to imagine that in performance it brings everyone to his or her feet.  The blues still works because it’s not the Internet that connects us; it’s our innate human capacity for misery and regret. And Toronzo Cannon works because he spins that into a kind of furious ecstasy. His voice has both granite and gloss, and a mic-melting intensity, and his guitar-playing is of the how-is-he-not-snapping-those-strings variety. He even allows us an occasional blast of clean, clear ecstasy; “Church-going woman, knows what is right / But she can handle her business when we’re alone at night / That’s my missus from Mississippi.” We bask in it without apology… because we know in the next tune, or maybe the one after, it’s all gonna go so gorgeously wrong. (Robert Rodi)