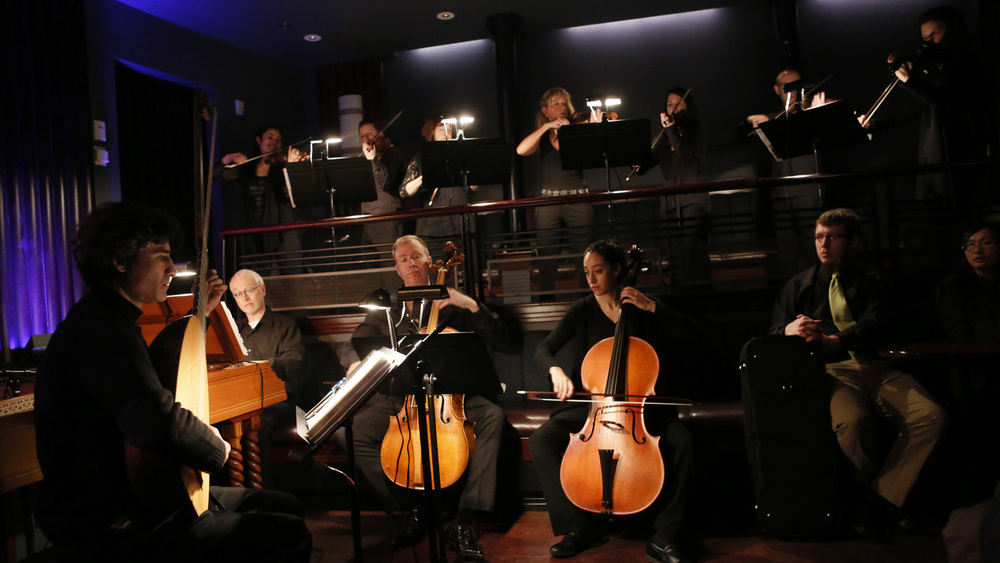 “The unusual element in Stradella’s music is it is dangerous sounding,” says Haymarket Opera artistic director, cellist and violist da gamba Craig Trompeter. “The virtuosity is really pushed to the limits to a scary place where it’s kind of like watching a horror film. We’re somehow fascinated by that as human beings, we want to watch other people in danger.”

Italian composer Alessandro Stradella (1639-1682) led such an unabashedly risqué life that his notorious escapades were the subject of no less than two nineteenth-century operas and a twentieth-century novel.

Often fleeing places where he had been employed to compose, Stradella once escaped Rome over embezzlement of church funds. More often, Stradella’s flights were over scandalous affairs with noblewomen that would find himself at the mercy of enraged aristocratic families who would set out to kill him. One left him half dead, another finally succeeded—when a hired assassin stabbed him to death in a public square in Genoa when Stradella was forty-two years old.

“Stradella’s own life was so colorful that we forget that the music is fantastic,” says Trompeter. “His music really doesn’t get done much, unfortunately. I was reading a lot about oratorios a couple of years ago and I had this idea that we could start an oratorio series and Stradella’s ‘San Giovanni Battista’ [“St. John the Baptist”] was a really significant piece in the history of oratorio to start it off. I am told there are more copies of this piece than any other oratorio from the seventeenth century.”

“San Giovanni Battista” was one of fourteen oratorios commissioned for the Holy Year of 1675 and was performed on Palm Sunday of that year. Despite music-library copies of the piece—one ended up in the possession of Handel and is said to have influenced him—the work was largely unperformed. “As far as I know, the piece basically just disappeared until a recording was made with Maria Callas as Salome in 1949. It’s very dramatic music, with five singers pushed to extremes of vocal virtuosity and is very compact, vivid storytelling kind of music.”

Instead of performing at Mayne Stage, which has served as home base for Haymarket’s staged seventeenth- and eighteenth-century operas (although May performances of Cavelli’s “La Calisto” will be at the larger Athenaeum Theatre), the decision was made to present the oratorio series in churches. The timing is also significant as 2016, as was 1675, is a Holy Year.

“We were looking for good acoustics, number one. We also wanted to reach new neighborhoods. Church of the Atonement is close to Rogers Park and is such a beautiful space, but nobody except for the parishioners knows about it. I’m excited for people to see it. I hope maybe it will bring in some people to the church as well. 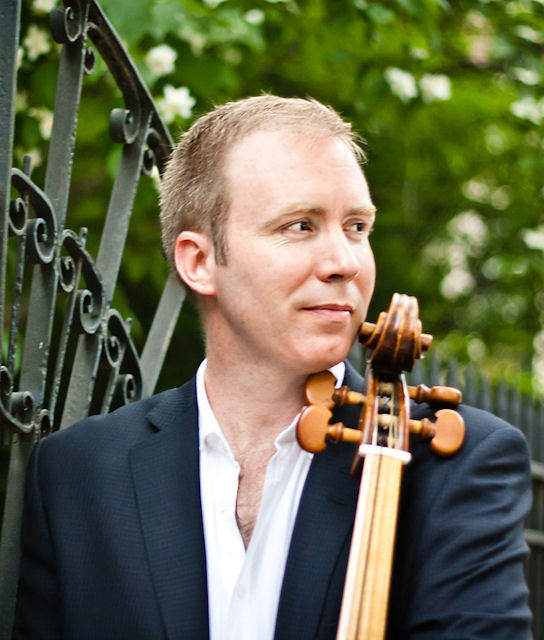 “We really wanted to get into the city, too, and the Chicago Temple is really good for that. They have lots of exciting and interesting things musically speaking. We felt that would be a good match for us. We’re trying out this rush hour idea, too, a 5:45pm concert downtown. It’s an experiment but we hope it pays off and we can expose the company to new people.”

Although there will be supertitles for the seventy-five-minute oratorio, the process of not having to deal with the period-related costumes and scenery that have become Haymarket trademarks during its five seasons makes presenting an oratorio “less cumbersome” than presenting an opera. “I love opera, obviously. But I think also it is good with pieces like this, to ask the audience to go inward a little bit and not depend on the visual storytelling. They have to search inward a little bit.”

Musically, however, there will be the same careful attention to detail in the oratorio series that Haymarket’s audiences have come to expect with its operas. Like the operas, the oratorios will be performed on period instruments employing performance practices of the day.

“We are a family of people who really care about this music. It is a passion. It’s a different way of making music. You spend so much more time reading and thinking than typically you do as a musician because you’re trying to get to the essence of the music.”

All of this is done, as was generally true of the eras of the works performed, without a conductor, although Trompeter has the final word. “I have such a great team that I don’t have to micromanage stuff, which is really great. Personally, there are some conductors that I like to play with, but most of the time, I don’t like to be conducted. I would rather have everybody in the orchestra trusting their own years of musical experience. These people have been musicians their whole lives, really, and they got into music because they felt passionate about it. You’ve got all of this experience and passion, the strength of the music making is relying on that.

“I spend a lot of time making our scores so that they are all on the same page, literally. ‘This is where we’re going with this phrase,’ I spend weeks putting that into the scores by hand so that when we sit down to play, we can listen and respond to what we hear and I don’t have to spend a lot of time talking. You learn by playing and doing. There is a lot of autonomy in what we do. Of course, we’re trying to play as a big group, but we’re each responsible in a different way.

“Every time I play something I think, ‘What would it have sounded like? What were they trying to make it sound like?’ Then I have to think, ‘Where can I go to read more about what they appreciated in music?’ There are lots of places to go and I spend a lot of my day going to these sources. Sometimes I visit them hundreds of times. But every time you read them, it’s like, ‘Oh, wow, I missed that the first time.’ Or the first fifty times. For me, I’m trying to stimulate my own imagination but not to put my personal stamp on a piece so much as to find the piece itself. That’s what is interesting. To do that, you really have to get out of the way.”