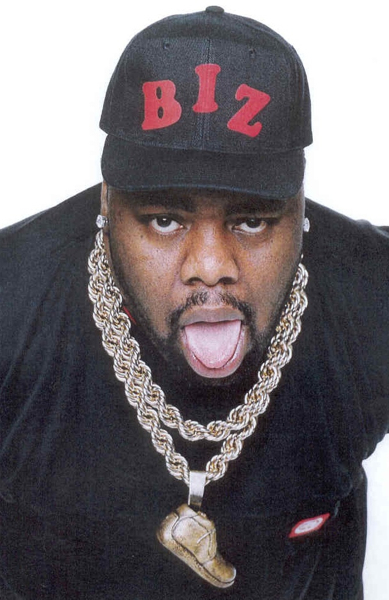 The back half of March offers a plethora of hip-hop-portunities (sorry) that run the gamut from old school to new school, racing across the timeline from early rap to danceable modern beats injected with a healthy dose of R&B, and there will be sizable injections of weirdness along the way.

But first, Knowledge Drop would be remiss if we didn’t acknowledge the passing of a local venue that became a hip-hop institution in its regrettably short lifespan, The Shrine (2109 South Wabash). The venue was originally scheduled to close at the end of March, having been purchased by a real estate development firm which plans to demolish the building and erect a mixed-use complex that includes a hotel, apartments and retail, and finale events were scheduled to include Mya on February 27 and Busta Rhymes on February 28. Those plans were scuttled when two people were shot outside the club around 2am on February 21, after which the club immediately shut its doors. According to the Chicago Tribune, Cameron White of Gurnee has since been charged in the shooting that wounded a security guard and critically injured a woman. The Busta Rhymes show was canceled outright, but Mya was rebooked at Promontory (5311 South Lake Park) on February 25, and ended up doing some Chicago-area appearances throughout the weekend as well. But neither its violent end nor the loose ends left behind should obscure the legacy of The Shrine’s nearly seven-year history. Founder and owner Joe Russo did not respond to a request for comment prior to deadline, but to underscore the club’s significance, it’s sufficient to include a partial list of hip-hop performers that graced the stage: 50 Cent, Common, Mos Def, De La Soul, KRS-One, Talib Kweli, Rakim, The Roots, Ginuwine, Kendrick Lamar and Brand New Heavies, among many others (in addition to luminaries within the R&B and reggae genres). Prior to closing, a statement from Russo indicated that they hope to reopen in another location.

Going from the serious to the nonsensical, mc chris brings his nerdcore raps to Wrigleyville’s Cubby Bear (1059 West Addison) on Saturday, March 19. Born Christopher Brendan Ward in the Chicago suburb Libertyville, mc chris popped up on the radar with 2001’s “Fett’s Vette,” but since then he’s served up the perfect mash-up of N.W.A’s “Straight Outta Compton” and the Batman sequels, skewered McCarthyism with “Clue” and saluted the “Nrrrd Grrrl,” some of whom for sure will show up as fans of his helium-powered raps and chip-tune beats. Nathan Anderson and venerable local talent ShowYouSuck open the 21+ show, with doors open at 7pm and the music beginning at 8pm. Tickets are $16 in advance, $18 DOS.

If your bailiwick is less jokey and more mainstream, Silentó headlines “Let’s Dance – The Tour” 2016 at Aragon Ballroom (1106 West Lawrence) on the same night. Born Richard Lamar Hawk, the performer is so far only known for his propulsive, R&B inflected single “Watch Me (Whip/Nae Nae).” Also on the bill are ILoveMemphis, DLow, We Are Toonz, 99 Percent, Team NueEra, Dance 411 and DJ Double J. The all-ages show starts at 7pm and tickets are $35.

For a decidedly old-school rendition of rap, you can’t throw back much further than Biz Markie, who will turn fifty-two this year. Although the Biz is best known for his off-kilter, piano-driven 1989 hit single, “Just A Friend,” the rapper who was born Marcel Hall and grew up on Long Island, New York, has a richer legacy than his one-hit-wonder status would indicate. He’s also a veteran beat boxer and comedian, and has been called “the Clown Prince of Hip-Hop.” Biz Markie headlines the “Decades Collide 80s vs 90s Tour,” which is coming to House of Blues (329 North Dearborn) on March 24 and also features Wedding Banned and The Hot Sauce Committee. Tickets for the 6:30pm, seventeen-plus show are $15.

Chicago native Donald Pullen raps under the retro moniker Rockie Fresh, and his rhymes and beats surprisingly live up to his name. At less than half Biz Markie’s age, he’s already impressed the likes of Rick Ross, who has signed him to his label, and has worked with members of Fall Out Boy and Good Charlotte. His stellar new record, “The Night I Went To,” just dropped in January and features collaborations with Chris Brown and Ed Sheeran. The all-ages show—originally scheduled for February 17 but rescheduled for March 29—is at Lincoln Hall (2424 North Lincoln) at 6:30pm. Advance tickets are available for $15 via 1833.fm, or for $20 at the door.