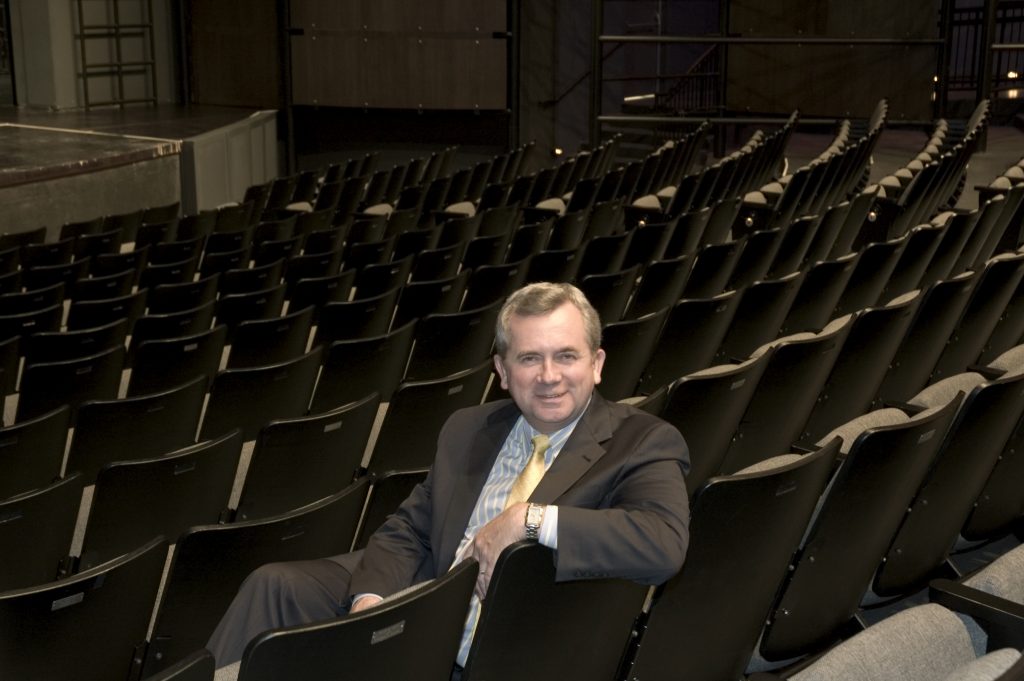 How does a downtown performing arts theater that is less than a dozen years old come to need nearly ten million dollars in renovations?

“When the Harris Theater was designed and built,” Harris Theater president and general managing director Michael Tiknis explains, “Millennium Park was still an idea that was developing organically along with the Harris. Twelve or thirteen years ago, the idea was you could park your car and never go outside into the cold and walk right into the theater.

“It was all designed for you to come into the garage and come in through the lowest level. And when you do that, for the most part, it works very well. But all of the restaurants and Millennium Park being built around it gave rise to a lot more people coming in on upper Randolph than those tiny little elevators were ever designed to hold. And all of those new, surrounding neighborhoods made us realize that what had been designed virtually before Millennium Park and in a vacuum, needed to be rethought as it became a living organic thing with this neighborhood developing. So, it’s not a theater renovation because of age, it’s a theater renovation because of change of use.

“About four or five years after Harris opened, we realized there was a difference in the way that the facility is going to be used. And so we started then to figure out that we need bigger, faster elevators and more lobby space throughout because people were now looking to come and have a drink and congregate and talk and they were unhappy that they had to walk down so many flights of stairs, and that even once they got down to the theater, they had to walk further in. So it was a combination that created a perfect storm of people believing for the most part, that the Harris wasn’t as user friendly as it really is.”

In celebration of the renovations, the Harris is hosting an April Fifth Gala to officially unveil them. “We’re closing in on thirty million dollars raised against a thirty-eight million dollar goal, so the gala is a moment to celebrate that some things have been accomplished, the renovation is essentially complete, and we’re gearing up for the public part of the campaign to raise another six to eight million dollars to make sure that the next decade is as exciting as the first one has been artistically.”

The performance for the gala will be the Mark Morris Dance Group and Music Ensemble performing Purcell’s “Dido and Aeneas.” “‘Dido’ is exactly what I would call gala length. It’s an hour-and-ten minutes. Even the husbands like it. Not only because it’s stupendous, glorious and sumptuous music, but it doesn’t go on for three-and-a-half hours with a two-hour dinner before or after.”

Although Tiknis hopes that the gala will raise a million dollars, he notes that there are “modestly priced” tickets available. There will also be a second performance of “Dido and Aeneas” the next evening that is being presented as part of Chicago Opera Theater’s season.

“COT was having some budgetary issues this year, so we helped them out by suggesting a collaboration. We were going to bring in the Mark Morris ‘Dido’ anyway, and we said, ‘Why don’t you put it on your season? You couldn’t do a more brilliant version of it than this. The singers will be first rate.’ This is really the history of where dance begins: a lot of the dance in Europe comes out of the opera houses. We’re getting more and more back to having ballet companies dance in some of the operas. There’s more and more the movement to bring back great dance inside the operas which was really the tradition from which dance heavily emanated in Europe.”

Tiknis also collaborates with Lyric Opera on the Harris-produced series Beyond the Aria which spotlights opera singers performing cabaret repertoire. He also has a nose for bringing in unusual operatic-based projects to the Harris, such as last season’s “William Tell” with Gianandrea Noseda and Teatro Regio di Torino “who was practically unknown at that time, and look what has happened to him?” In a similar vein, Harris will present the Chicago debut of Mexican tenor Javier Camarena on March 30, who caused a sensation at the Metropolitan Opera. 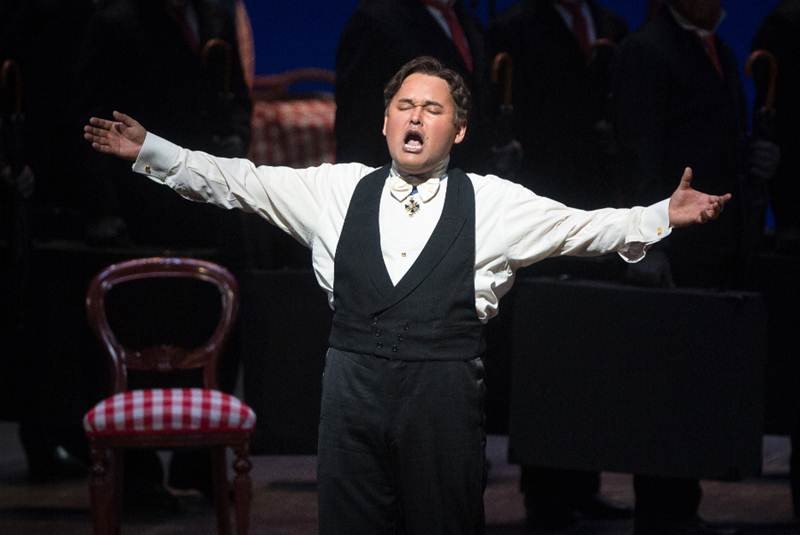 “The moment after he stopped the performance at the Met, we called his manager and said, ‘We want him to make his Chicago debut.’ [Lyric Opera general director] Anthony Freud is such a fabulous colleague that we shared that with him and he said, ‘You know, I’m looking to cast him in something,’ and in the future they probably will. But with Anthony there’s never been an issue of, ‘Oh, I don’t want you to do that or, I’m going to block you from doing that.’ So he will sing at Harris before he eventually goes to sing at the Lyric. Wait until you hear that voice! You know it caused pandemonium at the Met when he stopped ‘La Cenerentola’ and they had to stop it and do the piece again!”

Is it a coincidence that as the Harris renovation is wrapping up that Tiknis decided that at the end of the year that it was time to move on?

“Well, it is and it isn’t. I determined after a couple of years that I really wanted to get the theater to be more user friendly and that would be for me, an important point of something to accomplish in addition to making the artistic statement that I think we set forward in the beginning.

“Twelve years for an organization that you basically have started from scratch with the help of the fifteen years that went before it with the Joan Harrises and the Sandy Guthmans, who really are the visionaries, I just happened to take words on paper and turn it into an operating plan. But twelve years is just the perfect amount of time to say you do get a little tired, you do feel like you’re going to redo something yet again. I feel like I’m young and old, if that makes sense. I’m going to be sixty-four, and if I don’t move now, I’ll never move. And I want to do one more thing before I say that I’m not working full-time anymore. So, I’ve probably got another five or six years to work and therefore I think it’s just about the right time to get involved with another project. Where that will be, what it will be, very few people believe that I have no idea, nor am I worried. I am so excited about what’s been accomplished at the Harris that I’m certain that the next possibility will hopefully be as interesting as can be.”