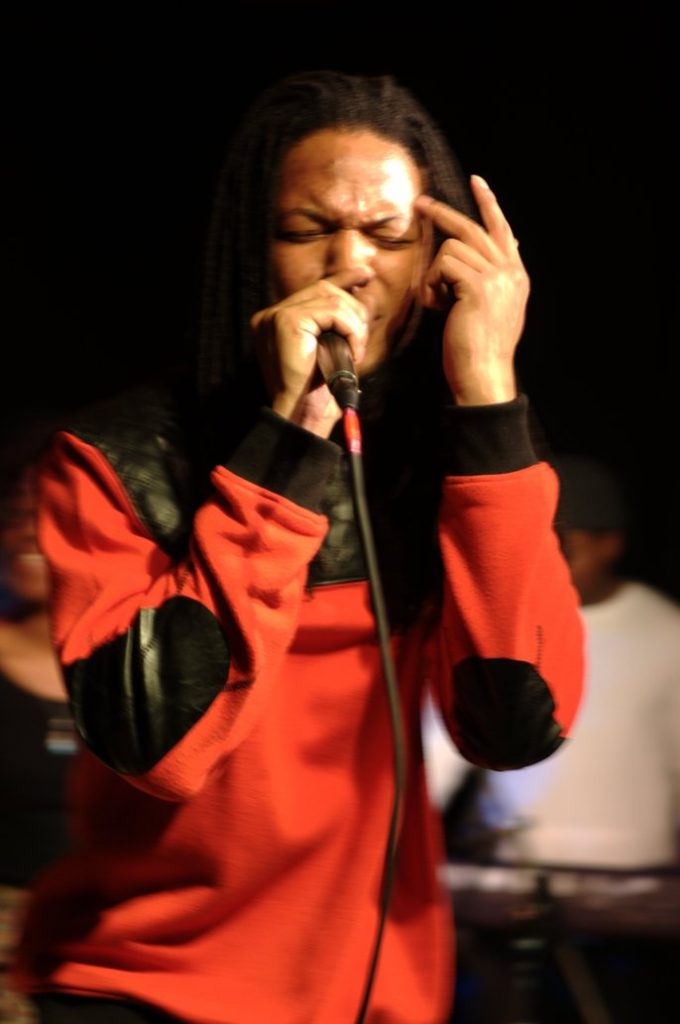 The calendar has just turned to April, but Magix King is promising that “it’s gonna be a hell of a sick summer.” That’s how the hip-hop artist born Myron Ford Jr. on Chicago’s South Side kicks off his next project, “Sick Summer,” due to drop on May 28.

Magix (he says the ‘x’ is pronounced like a ‘c’ both to protect his brand and it makes him easier to find on the Internet) has already released the first single. “Hi There” is a great entrée into his positive message, rapid-fire raps and heavily layered (but never too busy) production. Toward the end he inserts an aside that “I entertain and empower through the sounds of music,” before he raps that while “they sleep, we grind.”

This message of the single was reflected in our conversation on a recent Saturday afternoon. He says he came by his passion for creating top-quality music honestly, from his family. His father first saw him perform live two or three years ago and since then has been “one-hundred percent behind him,” and he’s even joined him by helping out with sound engineering on the production side. He describes his mother as an “amazing vocalist who got it from her mother,” and says even his uncle is a DJ and a “very talented lyricist.”

Magix says his Uncle Eric “put me on to a lot of dope MCs [including] KRS-One and Chicago artists like Juice and Common,” and when he was growing up his hip-hop education was “lyricist heavy,” including Big L, Big Pun and Rakim. He points to the early work of J. Cole and Kendrick Lamar as rappers that were “really going against the mainstream;” but today his love for his hometown translates to his music library, which he describes as all Chicago music, including Chance The Rapper, Saba and his ilk from Pivot Gang and everyone from Reflective Music, to name only a few.

Although Magix King is still young, he wrote his first rhyme at the age of nine, so he’s been doing hip-hop for what amounts to many years, with his first official release as a solo artist being “Dream Catcher” in 2012, followed by “The Workout Session” in 2014. While he describes the former as an attempt to push the idea that he can create great songs, with way more production, instrumentation and structure within the song itself, he assesses the latter as an attempt to collect pieces that he’d been working on “that fit,” and that it was a way to let his listeners know that he is always working.

“Now that I feel like the consistency side is being seen, and I feel like the fact that I can make a song is being seen, it’s time to establish the entertainment.” He refers to the refrain of “Hi There,” and says he’s focused on providing quality and demonstrating that “we can still make hip-hop music and dance and have a good time, and have the same freedom like the summertime… Just because we’re good artists and we make good positive music, never for an instant does that mean you can’t dance to what I’ve made. So that’s what I’m really focusing on for this project: let’s reestablish that freedom and happiness and people with this good positive music, so that every summer when somebody’s ready to get out of school, in my mind I hope they’re saying that it’s gonna be one hell of a sick summer.”

In addition to radically different interpretations of his earlier songs, expect “Hi There” and the next two singles from “Sick Summer” to be performed when Magix King brings his newly assembled seven member backing group, “The Lifestyle” to Rogers Park on Friday, April 8 as part of the Flabby Hoffman Caravan with Darren’s Super Fun Party Comedy Show. The comedy starts at 8pm and the music runs from 9pm to 1am, with musician Craig Scott also scheduled to perform. The event is covered by CAN TV and available for viewing on channel 19 for all cable carriers throughout the city limits. The 21+ show is at Red Line Tap Chicago (7006 North Glenwood), and the $5 cover can be paid at the door.