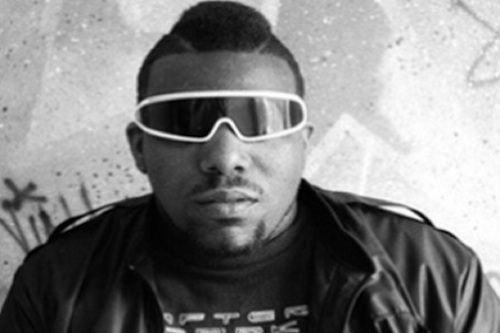 The night before Kevin Donovan turns fifty-nine, he’ll be in Chicago providing a performance as his better known alter-ego, Afrika Bambaataa. The original soulsonic force from the South Bronx, he introduced “Planet Rock” to the hip-hop community and provided rap with its musical motivation. Drawing equal inspiration from disco and electronic rock, he’s been going full-tilt since 1977. Although Bambaataa is known for “Planet Rock,” his positions as “The Godfather” of hip-hop, the “Amen Ra of Hip Hop Kulture,” a forefather of turntablism and the father of “electro funk” are unassailable.

He started as a gang member and leader in the Black Spades, but his story took an amazing turn when he won an essay contest and a trip to Africa. He came back a new man, changing his name to Afrika Bambaataa Aasim (inspired by the name of a Zulu chief) and transformed what was a violent gang into the renamed Universal Zulu Nation, with its aim of spreading peace through music. Bambaataa is one of the originators of breakbeat deejaying, harnessing the breaks of his record collection to propel his beats, and was the first to organize a tour of hip-hop artists outside the United States, back in 1982. He recently completed a three-year stint as the Cornell Hip Hop Collection’s first visiting scholar, after which the university announced that it has acquired his archive of 20,000 records.

Expect the man whose efforts defined hip-hop to fill the dance floor at The Promontory in Hyde Park (5311 South Lake Park) on April 16, in a show featuring and hosted by Lovebug Starski. The event is twenty-one-plus, early-bird general admission is $20, $25 DOS and $30 after 11pm. Reserve-seat tickets are $50.

Speaking of huge record collections, expect Ahmir “?uestlove” Thompson to spin some dusty, jazz-soaked platters pulled from his library of 100,000 records when he comes to town the following week. ?uestlove is the drummer and leader for the greatest band in late-night, The Roots (who will themselves be touring this summer, including a stop at Milwaukee’s SummerFest on July 3). But not only does he bring a rhythmic sensibility to his DJ duties, he’s a true scholar as well, having authored “Mo Meta Blues,” a history of the television show “Soul Train” and just this month published his third book, which is about one of his other favorite topics, food. But rather than put on pounds, expect to sweat some off as he spins some of his dance-floor favorites and compelling obscurities on April 20 at Studio Paris (59 West Hubbard, second floor). Tickets are $10 or you can reserve a VIP table for $750; the event is 21+. Doors open at 9pm with Jerzy kicking things off.

It’s no surprise that Freddie Gibbs describes himself as a “cold ass nigga.” Although the rapper born Fredrick Tipton now lives in Los Angeles, he was born in and grew up on the hardscrabble streets of Gary, Indiana, and comes by his “gangsta rap” rep legitimately. He allegedly turned to manufacturing drugs and pimping after losing a football scholarship to Ball State, and even survived a “near miss” shooting which wounded two members of his entourage after a Brooklyn performance in 2014. “They tried to kill Tupac. They tried to kill me,” he told a reporter; and not only do his themes owe something to Tupac’s “thug life” philosophy, his delivery and tenor vocals owe a debt to that (allegedly) late rapper as well. If you can listen past the recurrent de rigueur misogyny and Gibbs’ use of “nigga” and “fuck” as commonly as others use discourse particles like “um,” you can hear creative rhymes delivered in speedy staccato and with  creative production, most notably on tracks from his strong 2015 record, “Shadow of a Doubt” like “Forever And A Day,” “10 Times” and “Fuckin’ Up The Count.”  Gibbs plays Thalia Hall in Pilsen (1807 South Allport) on April 20. The show is seventeen-plus, doors open at 7:30pm and the show starts at 8:30pm. General admission is $22, balcony seating $28.

Aaron Dontez Yates has been rapping as TechN9ne (pronounced “Tech Nine”) since 1999, but he neither takes his name from that year nor makes a habit of brandishing the TEC-9 semiautomatic handgun that shares his moniker. Rather, fellow rapper Black Walt christened him as such, due to his fast-rhyming style. Yates spits lyrics with such alacrity that the term “rapid-fire” doesn’t come close to capturing it. What he now calls the “technique” also has been referred to as Chopper style, so much so that he has twice assembled “wicked fast rappers” for “Worldwide Choppers,” which in 2011 featured Ceza, JL B. Hood, U$O, Yelawolf, Twista, Busta Rhymes, D-Loc & Twisted Insane and 2015’s insanely fast “Speedom (WWC2)”  featuring Eminem and Krizz Kaliko.

Kaliko is one of the openers for TechN9ne, along with Rittz, Mayday, Stevie Stone and Ces Cru on the Independent Powerhouse Tour, a showcase of sorts for his Strange Music label. It stops at Concord Music Hall (2047 North Milwaukee) on April 28. The show is seventeen-plus, tickets are $35 in advance or $38 DOS, doors open at 7pm and the performance starts at 8pm.