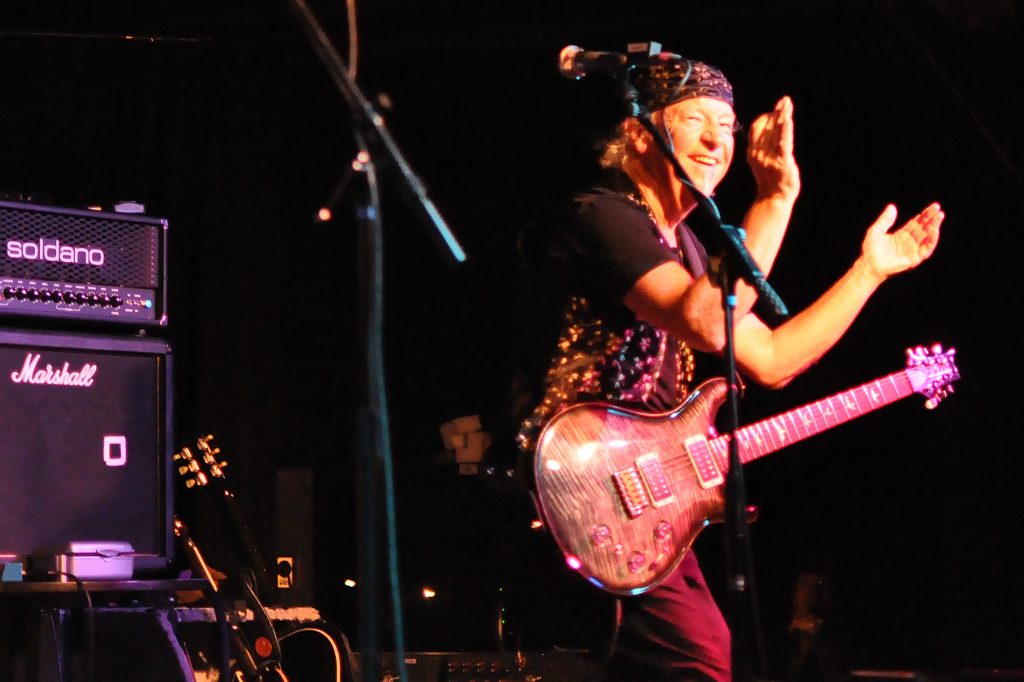 “The thing that pleases me is melody,” says Martin Barre, lead guitarist for British folk-progressive rockers Jethro Tull from their 1969 “Stand Up” LP through the group’s dissolution. “If I can come up with some nice chords and a really melodic top line, that gives me great satisfaction.”

Since that band ceased operations, Barre has taken the opportunity to kick-start his long-nascent solo career. “I didn’t get the opportunity to start doing solo material until 1983, when we all decided to take a year off.” Of going solo full time in 2014, Barre says: “I started to learn very late, but maybe that’s a good thing. I was thinking, ‘Wow, this is great. I’m really inventing my career as a musician.’ And I’ve been happy—really, really happy—ever since.”

Barre’s own songwriting and guitar playing style is muscular, straightforward rock that’s rooted in the blues. He’s no shredder: “There’s a place for every technique and every style of musician, but [‘shredding’ guitar] is not my cup of tea,” he says. “It never was, really, and it never will be.”

His latest release, “Back to Steel,” features original compositions plus reimagined readings of Jethro Tull classics. Barre’s approach: “You deconstruct [the song] but keep the basic melody intact. I like music to be clever, to be a little bit complicated. But I don’t want it to sound complicated.”

Last November, the first leg of Barre’s tour took him all over the United States. The band has ten U.S. dates in April, then it’s on to the United Kingdom and Europe for some festival gigs. And Barre has already announced eighteen fall dates in the United States, with promises of more to come. “Lots of writing and playing and touring: that’s everything I’ve always wanted to do with my life. And now I’m doing it one-hundred percent,” he says. “I view America as a huge place; it’s never-ending. And hopefully that’s the way I’ll be.” (Bill Kopp)