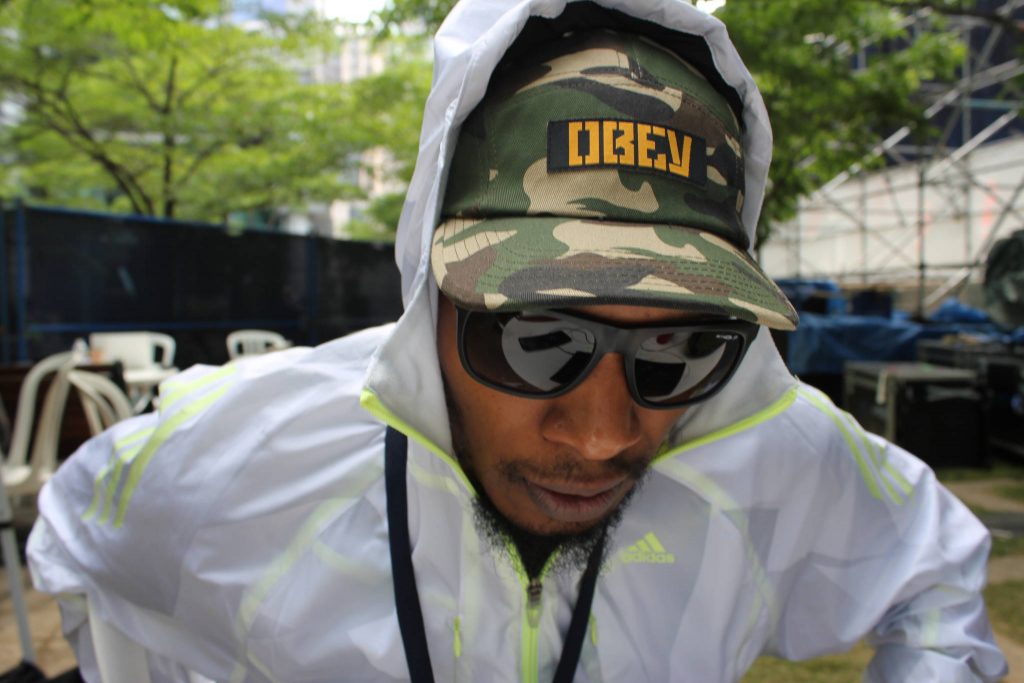 Hip-hop fans in Chicago have one responsibility on May 12: see Del the Funky Homosapien. Teren Delvon Jones has been around for a long time; he was born and raised in Oakland and was writing rhymes for his cousin Ice Cube’s crew, Da Lench Mob, at the tender age of seventeen.

In contrast to the extant “gangsta rap” forces at the time, on his first two records, “I Wish My Brother George Was Here” (1991) and “No Need For Alarm” (1993), Del Tha Funkee Homosapien (as it was then spelled) revealed himself to be a philosophical rhyme-sayer who possessed not only his cousin’s forthright strength on the mic, but also questioned and skewered reality and popular culture.

The title “I Wish My Brother George Was Here” was a reference to a phrase Liberace used to utter on his television program, but was intended as a tip of the hat to the man Del regarded as a major influence on his path to hip-hop, funk auteur George Clinton. The single “Mistadobalina” put Del on the map, harnessing a sample from a Monkees song to stellar effect. Del was displeased with what he thought of as a “limited musical range” supplied by Ice Cube’s production and cut ties with him when it was time to record the next release.

Although he was only twenty by this time, when “No Need For Alarm” came out, Del had assembled his own clique, known as the Hieroglyphics, whose members included the producer Domino, Pep Love, Casual and Souls of Mischief (Opio, A-Plus, Phesto and Tajal). Del spent some time railing against “Wack M.C.s” on the record, and it helped spread the sound of Oakland, but nothing from the follow up gained the radio traction of “Mistadobalina.”

It would be five years before the third release from Del the Funky Homosapien would come out; but a month before it was scheduled for release, he received a letter from his record label, Elektra, indicating that their relationship had been terminated. The title, “Future Development,” took on a newly ironic resonance; but it was only available on cassette through the Hieroglyphics website in 1998 (it was fully rereleased on the Hieroglyphics Imperium label in 2002). In retrospect, being dropped by Elektra may have been a blessing in disguise—even artists who were part of the label’s stable had come to refer to the company as “Neglektra,” a reference to their penchant for allegedly not properly promoting their artists’ releases. Regardless, it’s hard to imagine that “Future Development” would have been a big success under the auspices of Elektra, while as an independent release it’s already sold over 400,000 copies, a respectable number.

“Fuck ‘this is hip-hop and this is rap,’ we came from the same place,” he spits on “Don’t Forget The Bass,” and on “X-Files” he rhymes that “now every nigga wanna be crime-related/can’t rhyme creative and they’re full of self-hatred/that’s why they overstep boundaries that are sacred/from the street to the corporate scene they all mean business.” Unlike his debut or a lot of current hip-hop, “Future Development” still sounds timeless.

Since 2000 Del the Funky Homosapien has released eight stellar solo records, but he’s best known for his collaborations, most notably providing verses to the first Gorillaz record (2001) and with Deltron 3030, his trio with Kid Koala and Dan the Automator who have released two solid and well received albums, most recently 2013’s “Event 2.” He’s also worked with Dinosaur Jr. (for a song on 1993’s soundtrack to “Judgment Night”), Wu-Tang Clan, Sleep, Gift of Gab, Modern Science, the Dirty Heads, Figure, MF Doom, Kool A.D., Marcus D, El-P, Prince Paul and N.A.S.A. In addition, he has continued to work with the Hieroglyphics, most recently 2013’s “The Kitchen.” He has released “West Coast Avengers” mixtapes with his raps backed by samples pulled from George Clinton’s P-Funk.

There’s no question that Del the Funky Homosapien is “Iller Than Most,” and that’s his most recent record’s title, released for free on his website and on SoundCloud. Via Soundcloud he describes the record, which he self-produced, as “futuristic and fun—but still on some hip-hop shit. Lyrically ill but fun to listen to, nothing super heavy.” Time and age have done nothing to diminish Del’s creativity and his prodigious talents will be on display when he brings his “Iller Than Most” Tour to Reggies Chicago (2105 South State) on Thursday, May 12. NYC-based DJ and turntablist DJ Shiftee and Minneapolis rapper Sean Anonymous open. Doors open at 8pm, the show is seventeen=plus and tickets are $16 in advance, $20 day of show.