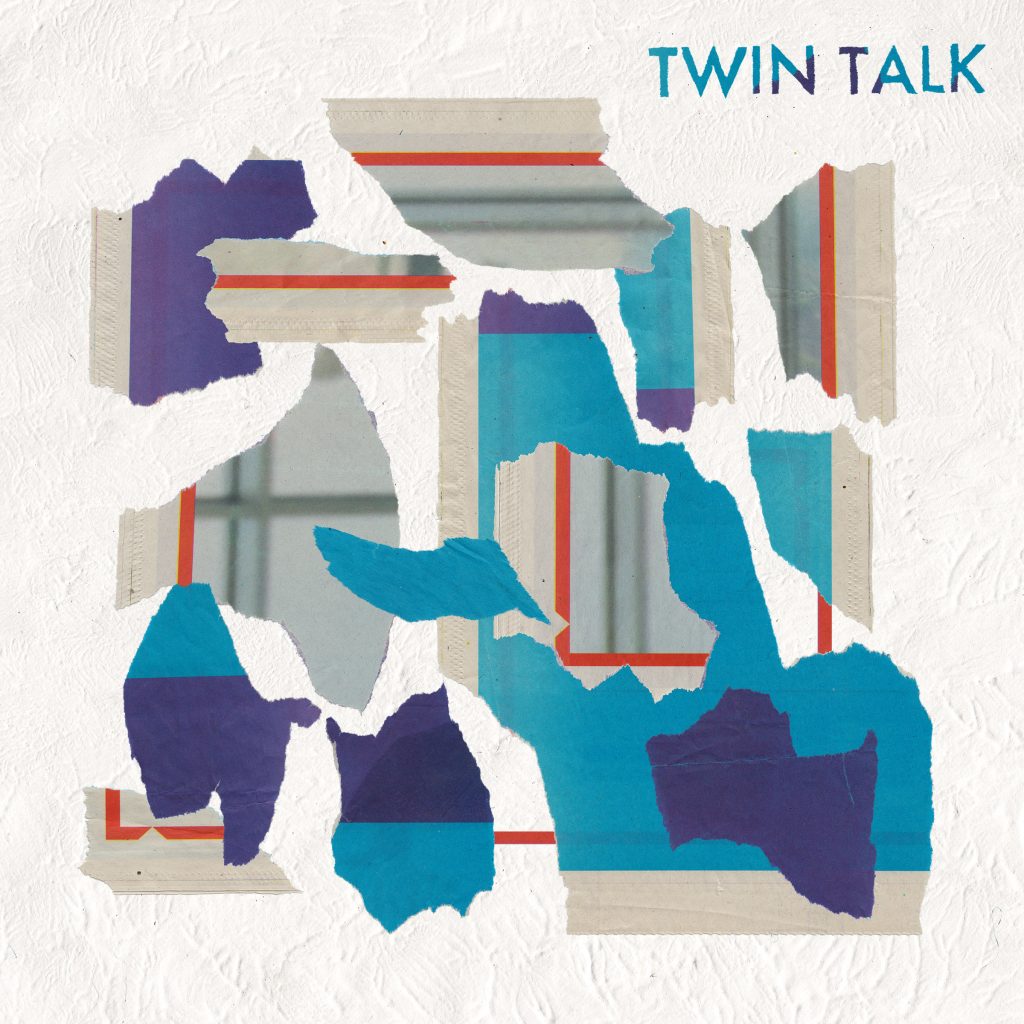 Twin Talk is a bit of a smirky name for a trio; fortunately there’s nothing at all coy or adorable about these three very accomplished young jazz musicians. Dustin Laurenzi (sax), Katie Ernst (bass/vocals) and Andrew Green (drums) have achieved the kind of stylistic and tonal integration that usually comes after players have been working together a decade or more; it’s a true collaboration, a real conversation—though in many cases, while listening to their eponymous new album, I found the group’s dynamic to be more visual than verbal.

Take the opening cut, “Colorwheel.” A light but determined sax evokes the title artifact turning in a breeze; the breeze dies—the bass sniffs the air—then it all starts up again, with increased speed and exhilaration. Very effective image-painting here.

“Martha” finds Ernst bending and shaping her bass notes sparingly but evocatively; and when Laurenzi comes in, it’s in an equally plangent manner. What it most reminds me of is an old Elizabethan lute tune—sad, spare and maybe just a tad self-consciously ravishing.

In “J.J.,” a sweet, liquid sax theme glides over an energetic Latin rhythm section; they gradually come into greater synch. Laurenzi’s playing here is superbly winning; it’s like listening to a human voice. Which makes it all the more surprising when we get an actual human voice in a few later cuts; it’s Ernst’s and she sings very wryly and winningly—especially in “Hush, Hush.” “There, there, keep your distance / Subtlety’s the lover’s art / Show the least resistance / You’ll surely lose your heart.” The vocals are initially punctuated by hand-clapping; then the other players join in, with Laurenzi playing almost in counterpoint to the vocal line.

In “One Foot in Front of the Other,” the vocals function solely as another instrument in the aural mix; they have a gorgeously mournful duet with the sax, paced out by the bass and given ballast by the drums, which rumble in the background like approaching storm clouds. The storm eventually rolls on in, but it’s like a clean, clear summer shower—ingeniously evoked by Green’s spattering percussion and Laurenzi’s suddenly lively and windswept sax. This is the most ambitious of the album’s tracks; but there’s not a dull or tepid moment in it.

There’s range and reach in all the performances. In one of the concluding cuts, “Living Room,” Ernst sings, “Will this be the place where you and I begin?” Like the eight ball says, sister, “All signs point to yes.”

“Twin Talk” is available through the usual channels, including iTunes and the trio’s Bandcamp page. 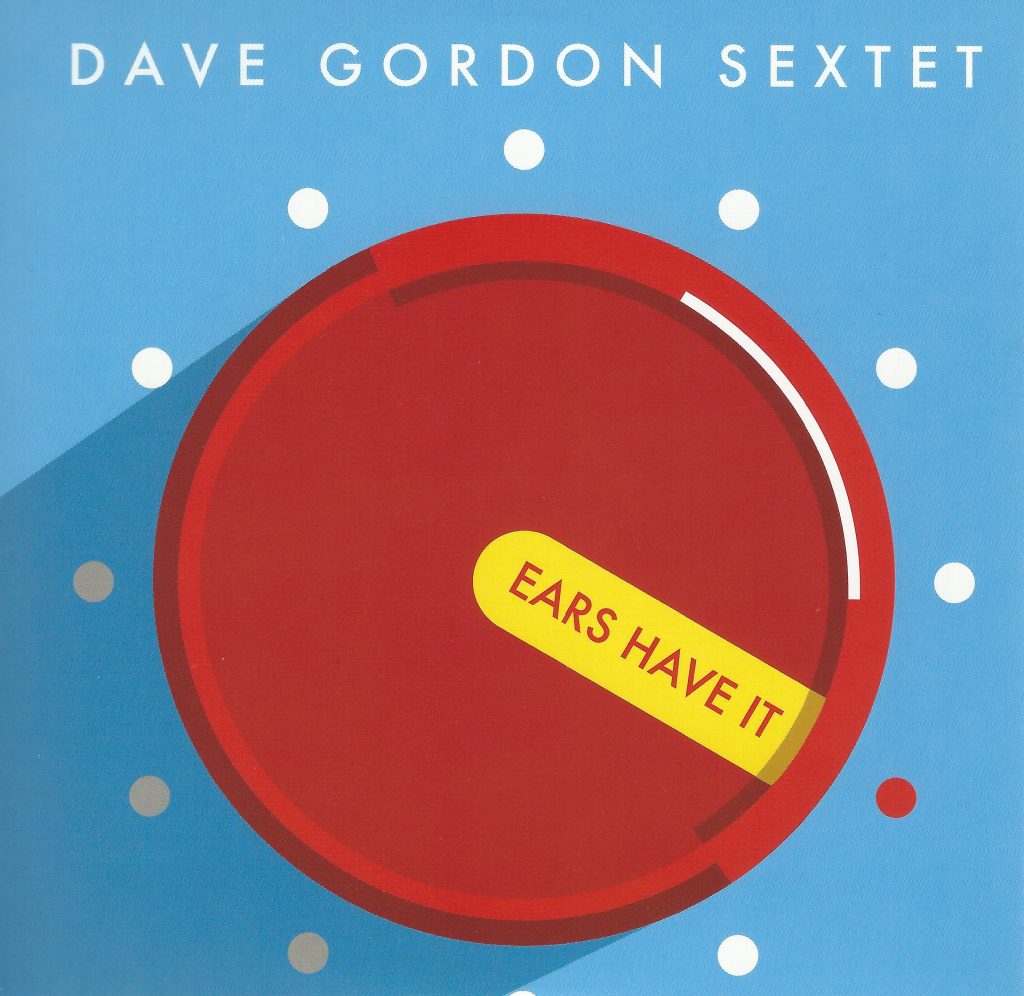 The Dave Gordon Sextet offers a marked contrast to Twin Talk; not only is the ensemble twice the size, its members are significantly older. And yet the contents of their new album, “Ears Have It,” are paradoxically more youthful and ebullient.

“The Jabberwock” is a bright, smart opener with a Populuxe groove. There’s a sense of absolute self-assurance here; of confident ownership of this sound world. The solos are virtuosic, but without grandstanding or explosive showmanship. (Full disclosure: I’ve worked with a number of these guys before. But then, this is why.)

“Ears Have It,” composed by pianist Gordon, shows off the full range of his keyboard skills; there are runs of gorgeously dissonant, crystalline chords—Gordon splashes into them like they’re puddles of diamonds—but the spareness of his lines is ultimately what devastates. It takes musicians of a certain sophistication to recognize that what’s left out is as crucial as what’s put in.

“Cotton Candy,” written by trumpeter Jack Gallagher, sounds like the soundtrack of your most blindingly colorful bandstand daydream. Brian Gephart tears into his sax solo with the kind of eager joyousness that makes you wonder whether he just got out of jail or something. Gephart’s own compositions take the retro vibe back even farther: “Z Blues” is a fantasia on wartime boogie-woogie and “Osmosis” a postmillennial throwback to the forties fascination with Latin rhythms. His “Disposition” hits a more modern mark, starting with an almost comic wail by the horns, that peters out in exhaustion before starting up again. This eventually leads into a percolating, all-business piece filled with crunchy harmonies, a sliding hook on the bridge and bravura solos that spark like a match-head.

“Three More” is another Gallagher-composed tune that demonstrates his facility for instantly addictive melody lines and infectious hooks. I loved the way Phil Gratteau’s drums rolled through this one, driving the über-relaxed theme forward with the equivalent of percussive elbows to the ribs. Expansive, good-natured, beautifully resonant playing here.

“Birch Trees In the Snow” is an unexpectedly stately closer; after twelve cuts ranging across a gob-smacking expanse of grooves and tonalities, this is the first one that doesn’t swing. But maybe that’s to make it function as a valediction; there’s an appealing plaintiveness to the melody that certainly speaks of an unwillingness to say goodbye. Hey, guys—same.