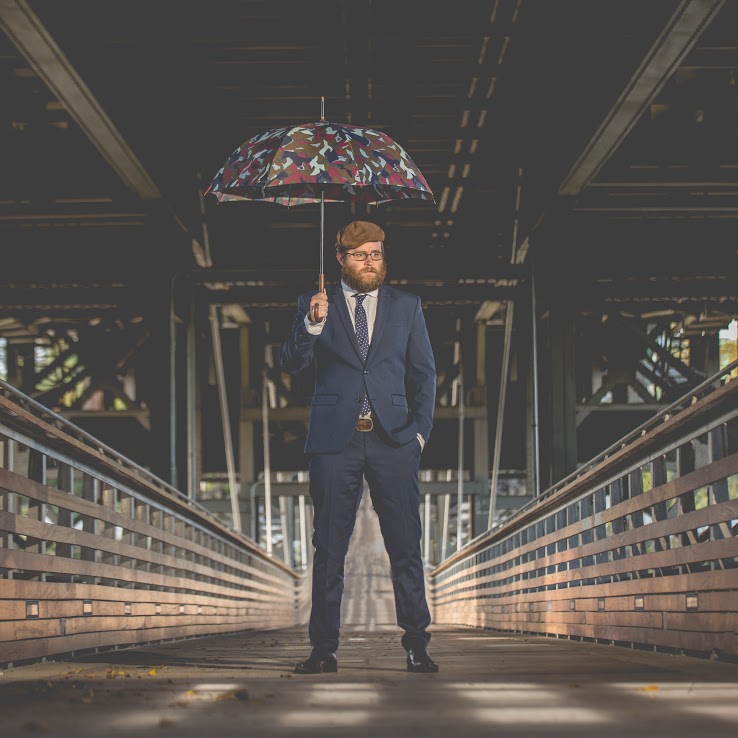 Funny thing, influences. Chicago band Hood Smoke lists a whole roster of them on its Facebook page—from Zappa and the Beatles to Joni Mitchell and Weather Report—but when I listen to its third album, “Rough Around the Hedges,” what comes through most powerfully is the kind of whip-smart jazz-funk-fusion that ruled the airwaves in the mid- to late-seventies, courtesy of artists like Steely Dan and Joe Jackson. Hood Smoke has its own postmillennial spin to update the brand, most obviously the vocals of a female frontman, Sarah Marie Young, who spends most of the album in a chill, conversational groove (with an occasional jolting left turn into banshee land). “Time to Move On” is the disc’s opener, and though its lyrics make it clear the tune is about a relationship, you can also read it as a statement of intent—marking “Hedges” as a different, more evolved animal from its predecessor, 2012’s edgier “Laid Up In Ordinary.” And in fact this one starts out with a serious funk undertow (“To see it in you is to see it in me,” go the lyrics, “Like a snake in the grass waiting patiently / To keep on this life or to check the dial”), till it reaches the bridge and something magical happens: everything turns sweetly wistful on the title phrase, and lingers there till, like a locomotive, the initial groove reclaims it. This tells us that Hood Smoke isn’t about reinvention; it’s about adding new layers. Lyrics throughout are topnotch, as in the ballad “Jade Lights” (which also has a killer guitar riff by Chris Siebold): “Sidewalks jammed like freeways / Blonde hair gray from fog / Laughter bites the chilled air / Empty of a song.” And then there’s this passage, from “Alluring Bedlamite” (goddamn great title): “Study the silhouette / Further the element / Tip off the rocking chair / Simmer the berry rare.” This latter is a great tune as well, with a nice mix of foreboding legato passages and staccato phrases, and a lead vocal by songwriter and bassist Bryan Doherty. The other members of the ensemble, who also have major moments, are Michael Caskey on drums and Rob Clearfield on keys; guest performers include a vocal choir, superhero bassist Matt Ulery and trumpeter Marquis Hill (whose solo at the end of “Loaded Situation” is one of the set’s highlights). The album ends with the words, “Farewell, bye now,” in what is surely the album’s most Beatles-esque touch. Hood Smoke has the cojones to be that bracingly unironic. (Robert Rodi)

“Rough Around the Hedges” is available from the usual sources, including iTunes and Hood Smoke’s website.