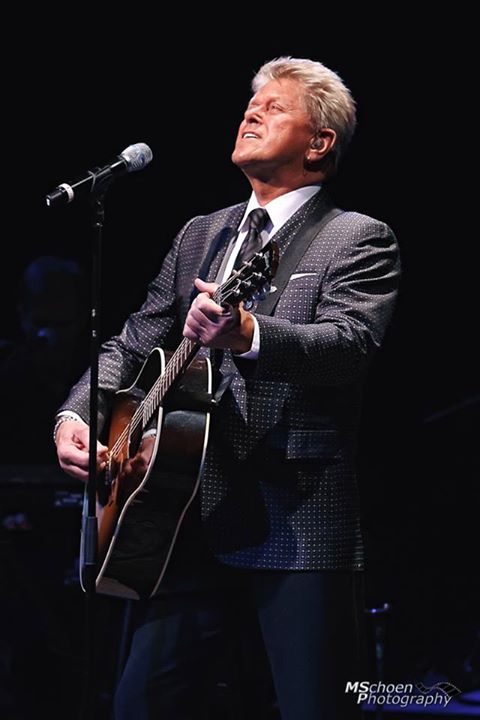 When you’re a singer extraordinaire who came to prominence in a faceless band best known by its logo and Roman numeral album numbers, your golden voice is far more familiar than your name.

Thus, the irony for native Chicagoan and original singer/songwriter/bassist for the band Chicago, Peter Cetera: while his onetime band is still out on the road regularly performing his chart-topping songs to large crowds more than three decades after he left the group, Cetera, their original and authentic alchemist, performs that same material far less frequently and at more modest venues under his own name.

And unlike the band Chicago, which tours so relentlessly that even Cetera’s longtime successor Jason Scheff is taking a summer break, Cetera himself performs far less frequently, by comparison.

“I don’t do tours,” admits Cetera. “I’m not that public and I don’t do a lot of shows but I do them my own way and I am very doggone proud of them. I just came back from a show in Sweden and a show in Switzerland and visited a dear friend, Andy Hill, who I’ve written some songs with, produced a couple of albums with, ‘Restless Heart’ and stuff, and visited him in the UK. Then we went to Fargo, North Dakota. It’s funny, I’m bigger playing in Europe, Japan, Thailand, Mexico, than I am here.”

Because a large portion of the classic Chicago band recordings that still fill the airwaves were sung by Cetera, the voice is immediately recognizable even by those who weren’t born when Cetera originally sang them. “I think the crowd goes away quite surprised, because people will say, ‘Oh my gosh, I had no idea you sang that, or wrote this.’ And the band is a bunch of people onstage doing what we love and having a blast doing it.”

Growing up in the Morgan Park neighborhood on the South Side, music was an early interest for Cetera. “I lived there until I was twenty-one, twenty-two years old. I wanted to get a guitar but my parents wouldn’t let me so I ended up playing the accordion. I made a little money working summer jobs and I ended up eventually buying a guitar from Montgomery Ward for twenty-five bucks and started learning the chords.

“Then I met a guy in high school who was, looking back at it now, probably the last of the beatniks. His name was Bill Roach, he even had the little goatee. I’ll never forget it. He was a senior, I was a sophomore and I started hanging with him and he kind of turned me on to stuff like Jimmy Reed and Bo Diddley. We started a little band but he already played guitar, so I went and bought a bass guitar. And that’s how that started.” 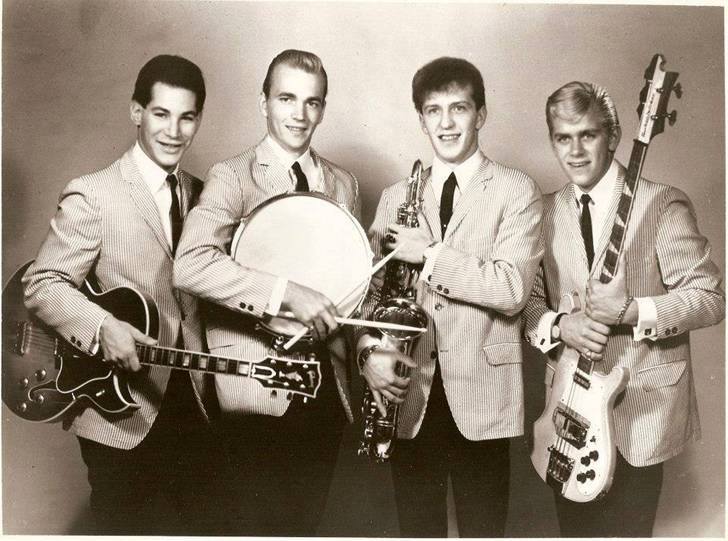 Kal David and the Exceptions, 1964

Various bands followed with Cetera’s classmate Marty Grebb. “When I graduated from high school, I eventually joined Marty in a band called Kal David and the Exceptions. As a matter of fact, it’s funny: I just saw Kal about six months ago. He lives in Palm Springs. On a surprise visit after my gig, I hurried up into Palm Springs and snuck inside for his last set. I hadn’t seen him in years. Anyhow, after Kal left, it became the Exceptions; I was the last of the original members. For a period of maybe five or six years, we were by and large considered the best band in the Midwest and surrounding areas.

“We worked a gig with a group called the Big Thing and they were looking for a singing bass player and that was me, and boom. I don’t know how many, but not too many months later, we lock, stock and barrel moved to LA to find our fame and fortune.”

The Big Thing was renamed Chicago Transit Authority, later shortened to Chicago. “They were doing more left-field songs and doing horn arrangements of Beatles stuff. Bobby [Lamm], who was playing organ pedals before I joined, was a fabulous writer back then and wrote some of the great classic songs of the sixties and early seventies: things like ‘Questions 67 and 68’ and ‘25 or 6 to 4.’ They were fun to sing.”

At what point did Cetera himself start writing songs?

“I really thought that all the good songs had already been written. Certainly with the Beach Boys and the Beatles, I thought, ‘Oh, it’s all over: I’ll never be able to write a song.’ I think that’s kind of a painful thing with Chicago is that looking back and listening to the early albums, on everybody’s part, really, you get to hear us writing the first songs, and it’s all on record. There wasn’t time to woodshed for a few years doing your own stuff. You’d do it, bam. A lot of that early stuff on everybody’s part is kind of painful to hear.”

Also fueling a relentless drive for new band material was that the earliest Chicago albums were double LPs. “That was actually a downfall to me. I didn’t agree with that concept at all. For the first album, it was cool because we had been rehearsing all that stuff and we had it down pat. And then the second album comes and you know, pretty soon you’re fishing for songs. And then the third double album and I just think it got progressively weak as far as good material. And I think that kind of hurt us going on in that period, trying to come up with enough material. And I think that a lot of it was really pretentious.” 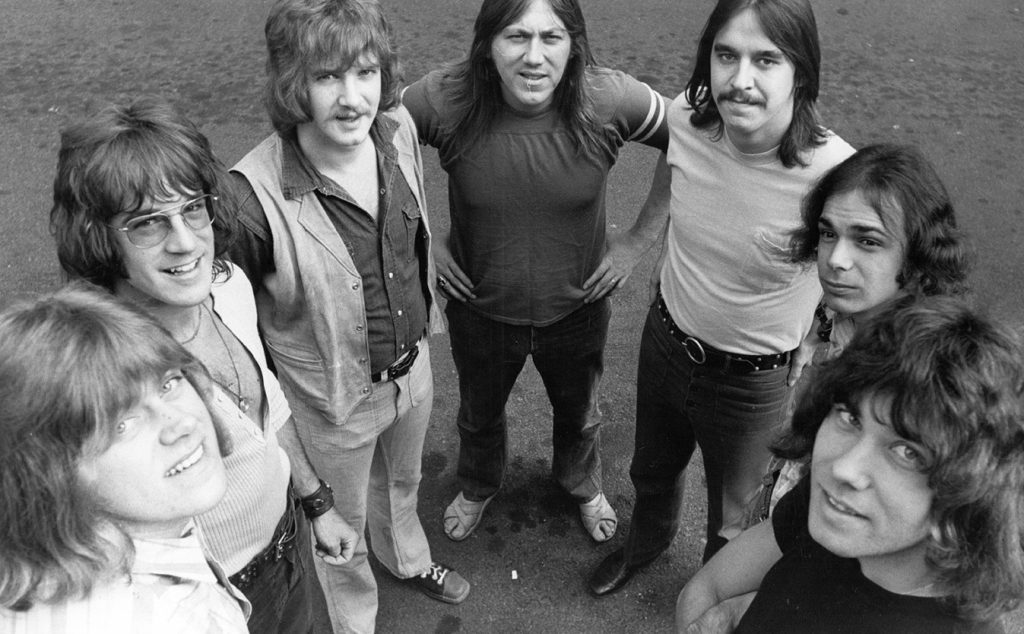 Cetera would write and sing the group’s first number-one hit, “If You Leave Me Now,” followed by a string of Cetera-written and sung hits into the mid-1980s through “Chicago 17″—the band’s largest-selling album—when he decided to leave the band and pursue a solo career. “It was like a bad marriage and once the marriage is over, the marriage is over. Maybe you stay together for a while because of the kids and the kids in a band are your songs. But then at a certain point, you can’t even stay together for the kids. And that’s kind of what happened. I’ve actually now been out of the group longer than I was in the group.”

Nonetheless, the prospect of a Cetera reunion with the band became headlines a few months ago when it was announced that Chicago had been inducted into the Rock and Roll Hall of Fame with an overwhelming thirty-seven million fan votes, a Hall of Fame record.

“The award is a real tribute to those who did that voting. I thought, let’s invite past members and we can all get together and play a song. The band didn’t want to do that, nor did the Hall of Fame. Yet I see later that Deep Purple brought up like twenty-seven people on stage! I also said that I think we should invite Michelle Kath, [deceased original guitarist] Terry Kath’s daughter. And the Hall of Fame people were, ‘Oh no, no, no. We don’t do that. We don’t allow that to happen.’ Yet, boom, it ended up that Michelle Kath was on stage. With the group, I don’t know, because I never heard from the group. I sent them a bunch of texts about what I thought would be great to work, and I never got a reply back. So, you know, at a certain point you just go, ‘Oh, well, nothing I can do anyhow, so there you go.’”

When performance details could not be worked out, did Cetera think about attending the induction without performing?

“I thought about it for a little while and I was going to bring my two daughters, you know? But the insane bad blood and water under the bridge just wouldn’t allow me to. I didn’t want to subject my daughters to any embarrassing moments and I didn’t want to be embarrassed myself. I wasn’t going to sit there in the audience as the camera pans to me when they’re playing or whatever. I didn’t want to do that.”

Meanwhile, Cetera has accepted a rare area homecoming appearance on the Fourth of July at the Elk Grove Village Mid-Summer Classics Concert Series, followed by fireworks. “That gig came up and I said, ‘Okay, maybe I’ll do this one.’ And it’s near Chicago where I still have aunts and uncles and cousins. And then I found out the Cubs were in town on July 5, so I definitely signed on for it.”

Nice interview. I’m glad Peter picked up the bass again. Used to sing his bass line in the late 60’s and 70’s. Very melodic. Reminded me of Sir Paul. Congratulations on a successful solo gig. Keep on punchin’.

This guy is the voice of Chicago, there are a million guys out there that sound like Bobby Lamm. No one on earth sounds like Peter Cetera. That band sucks now.