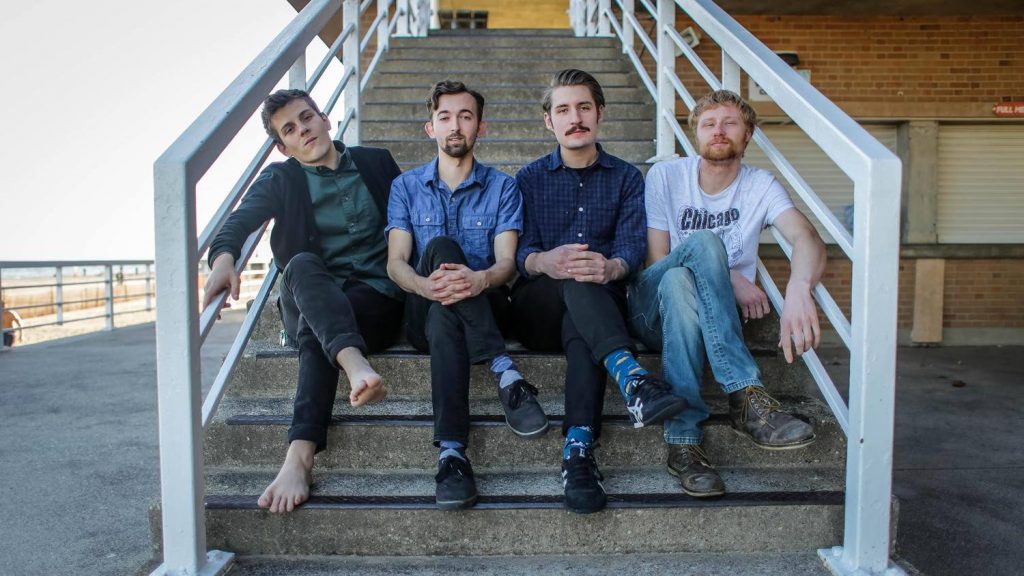 Despite what Alice Cooper told you in “Wayne’s World,” Milwaukee is not the Algonquin word for “The Good Land.” But the city has earned its share of nicknames—“The Cream City,” “Miltown” and the controversial “Killwaukee” among them. Still, the name most associated with our town is the “Brew City,” despite the days of Schlitz, Pabst and Miller having breweries in the area being (mostly) gone. But never mind, there’s a different kind of brew on tap these days: the emerging Milwaukee music scene. The last decade has shown some tremendous growth for the city as a whole and that momentum isn’t stopping anytime soon.

To give this some context, let me backtrack. I’ve been lucky enough to be involved at some capacity with the music scene in Milwaukee for the past decade. To put it politely, the music scene in Milwaukee was dismal at best in 2006. Many venues were hesitant to book local acts, either from concerns over the crowds they would draw, or the lack of a crowd altogether. There was little to no radio coverage outside of WMSE, an FM station run by the Milwaukee School of Engineering, with a small fraction of the audience that Top 40 stations received. The only real exposure, at that time, was the Internet, leading to segmented followings for certain bands that knew how to get their music to the masses. But there was definitely nothing really resembling a music “scene.”

Quality music was, however, being made in Milwaukee. Hip-hop supergroup House of M featured some of the city’s most lyrical emcees. In fact, hip-hop scenes had begun to develop on both the city’s north and east sides, though much like the city of Milwaukee itself, remained segregated from one another. Teenage bands like The Heroes of Valhalla and Terrior Bute were receiving some national attention for their well-crafted rock. Ray Nitti had national radio airplay for his single “Bow,” which broke into pop stations in the city. Aside from a select few, however, there wasn’t much going on for Milwaukee’s musicians as a whole. But the next ten years created the Milwaukee music scene the city is beginning to take pride in these days.

There really isn’t a definitive moment that the culture shifted, but rather sporadic incidents and events that helped push the city’s music in a new direction. One of the landmark moments, however, was the format change of WYMS, better known as 88Nine RadioMilwaukee. In 2007, the station moved from programmed jazz music to all things contemporary, and most importantly it showcased original Milwaukee music. The buzz around 88Nine showed the city that there was room for local sounds in the media landscape, and soon after, city publications ramped up their coverage of artists like Juiceboxxx, Hugh Bob and the Hustle and the Uni-Fi Records roster, among others.

While the breakthrough in media coverage was a game changer, there was simultaneous help from Summerfest, Milwaukee’s hallmark music festival. Local artists began to open for national artists, which meant bigger crowds than any local bar could ever provide. Notable shows include DJ Madhatter, Kid Cut Up and Prophetic opening for Wiz Khalifa in 2011 with an audience of about twenty thousand screaming kids in attendance. The real beauty, however, is the trickle-down effect that Summerfest had on local street festivals. When it was demonstrated that local acts could both draw and command a crowd, the numerous block parties that take over neighborhoods on any given weekend in summer began featuring local bands and artists as well. There was finally a unified music scene developing in Milwaukee.

Fast forward to 2016, and the musical landscape in Milwaukee has never been better. The Internet buzzes with new local music almost daily, to well-deserved fanfare. Hip-hop artists Pizzle, IshDARR, Dee Phr3sh!, Von Alexander, Sean Smart and WebsterX, among many others, are getting tons of exposure, thanks to placements on major blogs. Local media coverage has followed suit, picking up names like King Bravo and NO/NO’s recent releases. Indie synth-pop bands GGOOLLDD and Rio Turbo recently played a sold-out show to more than 700 people at Turner Hall Ballroom, and will share the stage with major acts at several festivals this summer. Acts like Soul Low and Klassik are constantly innovating, creating their own unique sounds and styles. Even the DJ scene, led by Higher Education Records’ DJs Moses and Annalog, is thriving.

After decades of division, the collective musical ecosystem is finally developing in Milwaukee. While the city still faces problems with segregation, there’s never been a better time for local music to come together and thrive in the Brew City than the present. With the ever-growing talent pool, the success that comes with it is well-deserved. There is finally something brewing in Milwaukee; its music scene—and it’s only bubbling higher and higher each day.