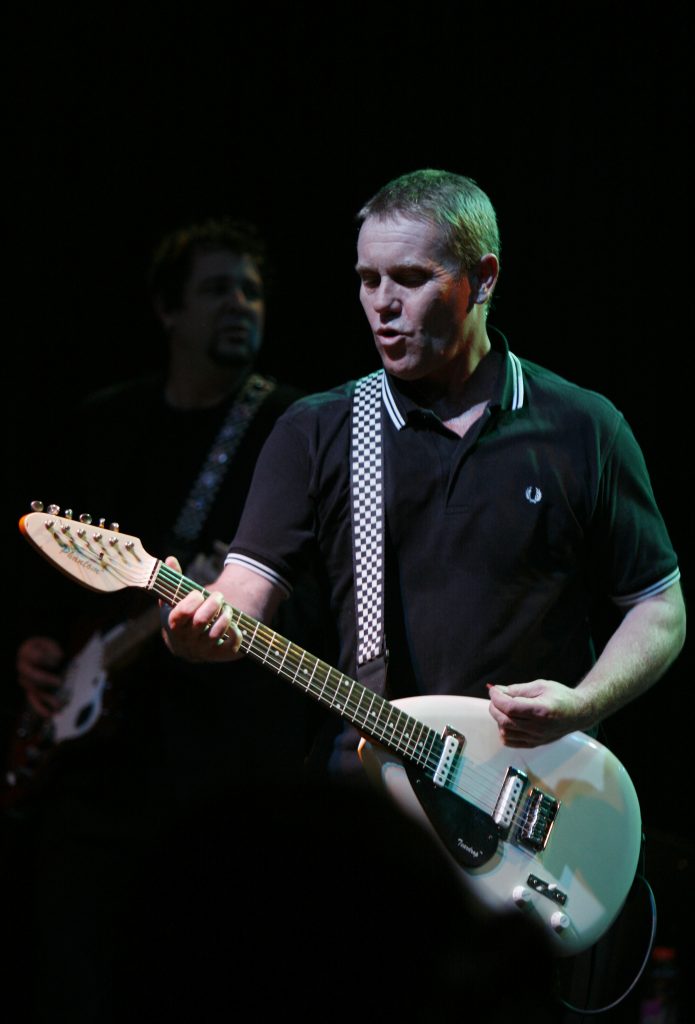 The English Beat (known in the UK simply as The Beat, and in Australia as The British Beat) were at the forefront of the late 1970s and early eighties musical movement known as “Two Tone,” a hybrid of ska (itself a dance variant of reggae) and punk rock. The English Beat charted with all three of their albums of the era, and their dance-floor hits “I Confess” and “Save it for Later” are fondly remembered staples of oldies radio today. These days founder/leader Dave Wakeling makes his home in California and tours with a new lineup of the band, bridging nostalgia and current-day fun.

But the group always had more on its mind than crafting dance tunes. It shared with groups like the Sex Pistols a street-level perspective on politics and society. Wakeling recalls the thinking behind starting back in 1978: “After four years of punk, with all the anger and screaming, in some ways the people who were complaining were starting to sound a bit like the people they were complaining about. They were becoming as shrill as Margaret Thatcher!”

Wakeling wanted his group set apart from all that. “We would make music that had a similar message, but that had an optimistic approach: life is difficult, but life is good. We believed you could have an optimistic dance tune and still rail against the empire.”

The band’s approach was popular, and Wakeling believes in the fans of Two Tone groups as much as they believe in The English Beat. “One of the things I’m most proud of,” he says, “is that thirty years later, many fans of Two Tone music still cling to a lot of those ideas of tolerance and looking for the best in people.”

In between tour dates, Wakeling is readying a new English Beat album for release; it will be the first in years. And his wry perspective hasn’t dimmed a bit with age. Following current political events in his adopted U.S. home “with keen interest,” he laughs and adds, “I’m glad to be here, because I’ve never seen a queen of America crowned.” Also on the bill: Soul Asylum. (Bill Kopp)