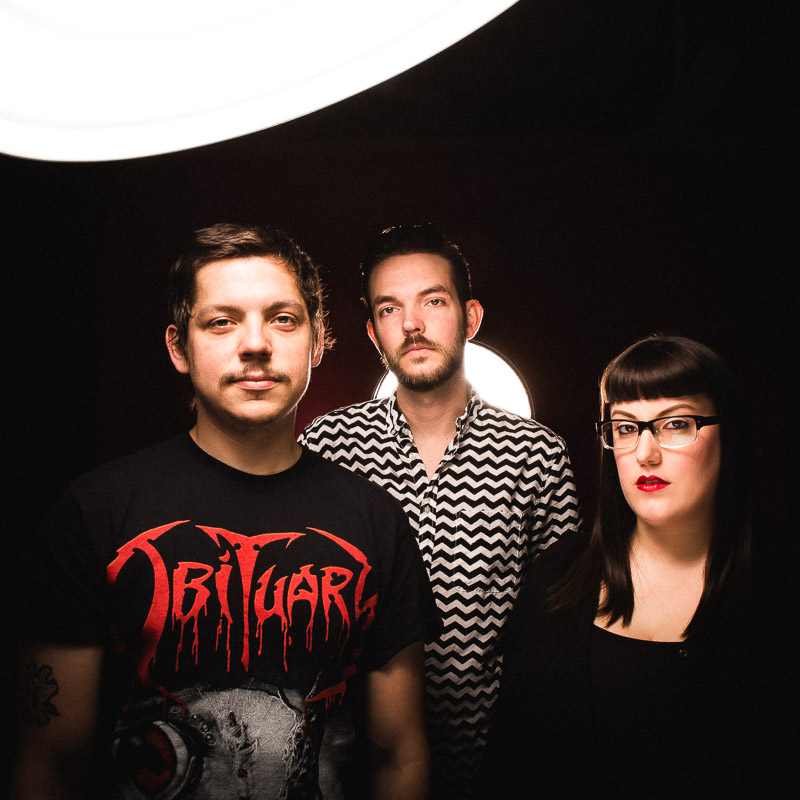 We were overdue for a second punk renaissance. The first—which revved up around 1988—was just a few years after the collapse of the original punk movement (whose major pioneers either spectacularly flamed out or treacherously sold out). That makes it almost two decades since bands like Bad Religion and Social Distortion tried to recreate the sound of society coming apart at the seams… possibly because it’s taken that long for us to have a society that’s coming apart at the seams. But in this summer of 2016, as a fractured, fractious and increasingly frightened polity stumbles through a possibly disastrous election year, the fearless new punk bands who are providing the soundtrack seem more relevant than ever. And some of them—like Chicago’s own Absolutely Not—add a layer to the original profile: a defiantly queer identity. I spoke with the band’s members—Donnie Moore (songwriter, guitar, vocals), Madison Moore (keys, backup vocals) and Santiago Guerrero (drums)—about their music, and about the role of punk in an America that likes to consider itself post-racial, post-gay and post-sexist, despite often violent evidence to the contrary.

Hey guys. As an old guy who was around for the first punk revolution, I find Absolutely Not ricochets me right back there—but still manages to be different in ways it’s hard to pin down. How would you describe your sound?
Donnie: Thanks! I would say that Absolutely Not is my attempt at continuing, instead of mimicking, the brilliant work of punk and post-punk bands that existed before me. I use their innovation to inspire myself to try and create post-post-punk music, haha, you know?

One of the things I find most intriguing is the queer aspect of your story. I can remember—it wasn’t even too long ago—if you were queer and in a band, that meant you were a queer band. It seems that, these days, there’s no pigeonholing; sexuality is an influence, not an identity—a flavor of the band, not the brand of the band. Would you agree?
Donnie: Unfortunately that pigeonholing definitely still exists. However, nowadays it’s a lot less frequent and people are more open to different forms of expressing sexuality; so that’s progress at least, but let’s just pick up the pace, people! 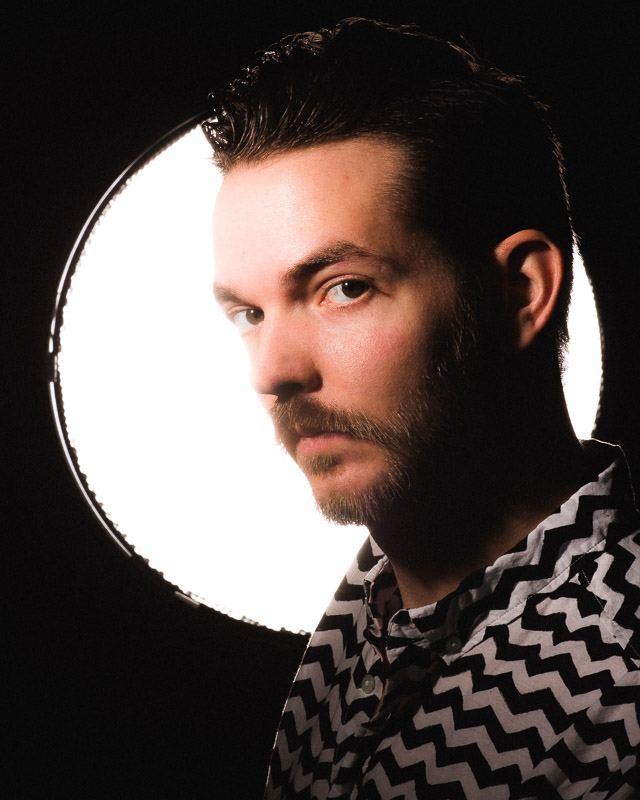 Are there other bands you know or have played with, who are similarly part of the alternative mainstream now, where before they would have been marginalized by sexuality or ethnicity? (By the way, I cannot believe I just used the phrase “alternative mainstream.” That’s so pomo.)
Donnie: Oh for sure, and they are some of the best bands in the city. I pray for the day that the rest of society finally grows completely tired of cookie-cutter rock bands with four affluent heterosexual white males, and/or diva pop princesses who don’t write their own songs, and they start looking for something a little more raw and genuine.

What role do you think punk plays in today’s world, as opposed to the role it played first time around?
Donnie: I think it definitely used to be more of an actual lifestyle. Punk was, for the most part, birthed out of certain folks feeling different from the rest of society. They wanted new creative outlets to release frustrations, and most importantly, they wanted to speak their minds without a filter. Today punk has become almost a novelty. For example, I highly doubt Joey Ramone and Sid Vicious would be thrilled to know that Ramones and Sex Pistols t-shirts are currently sold for twenty-five bucks at stores like Urban Outfitters, with obviously calculated distressed looks to them. I also highly doubt in 1979 that huge corporate chain stores were supporting, let alone selling, anything Ramones or Sex Pistols-related.

How much of a following have you built and how do you maintain/enlarge that? How does a new band market itself these days?
Donnie: I’m not exactly sure, but I’ve definitely noticed more and more people coming out to watch us as the years have gone by. Between 2008 and 2009, Absolutely Not played to ten people at Ronny’s (RIP) at least four times, and now over the past few years we’ve played two sold-out shows at Empty Bottle and headlined the Metro, which is just out-of-this-world amazing. I’m endlessly grateful that I have been given such amazing opportunities. As far as how we market ourselves now, I don’t always worry about that. I’m always having fun and/or releasing daily stresses and pent-up emotions through my music and our performances, and hope that feeling bleeds into our audience and they connect to the songs and have fun watching us live.

Take me through your discography; what’s the story behind each album/EP and how do you feel about it now?
Donnie: Well, the first few Absolutely Not EPs are not available anywhere and I’m totally fine with that. Night night. Bye bye. “Mister Something” and our two more recent EPs (“Haunted House Pizza Party” and our half of a split LP with Rat Hammer) are all definitely records I’m just as happy with as I am unhappy with. All three have one song that I REALLY wish wasn’t on there, haha, but I still enjoy the majority of the songs and think that each record has a couple “classic” Absolutely Not tracks on them that I’m still very proud of and that we still play live all of the time. 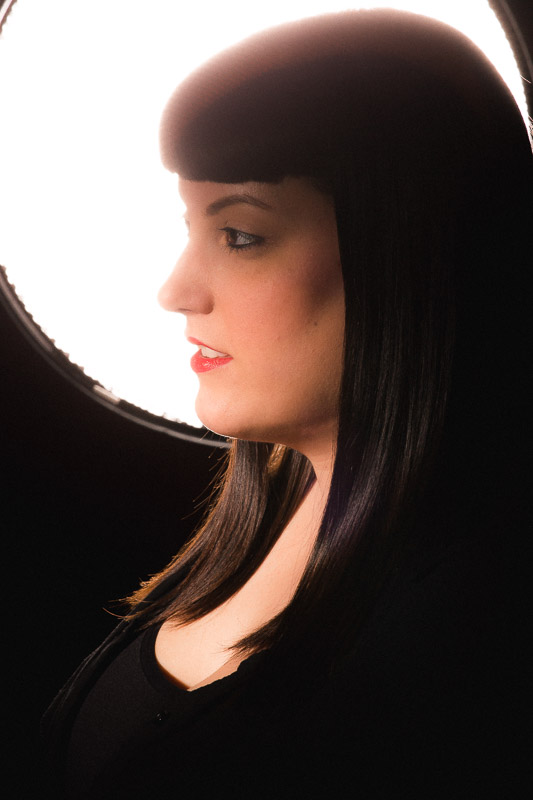 Are you writing or recording new material? Is there a new Absolutely Not project we can look forward to?
Donnie: Yes! We have a new single, “Programmed,” coming out in the fall through No Trend Records and a new LP hopefully coming out shortly after that. The new songs are by far some of my favorite stuff I’ve ever written for this band, so I’m very excited for the future!

Madison: Yeah, I’m super into the new songs we’re working on. They’re definitely a little darker and more emotionally charged than some of our past releases. I can’t wait to release and start playing them!

Do you have a plan or a desired career arc that you’re aiming for?
Donnie: I just want to keep making music and I hope more and more people want to hear us, but even if they don’t, I’m still gonna do it. I don’t think I could ever completely give up music, it’s such a gigantic part of me. If just one person somewhere in the world is listening to Absolutely Not in the same way that I listen to a punk/rock band I love, and using my music almost in a therapeutic way, that’s motivation enough for me to continue. Playing and writing this music is my therapy, because let’s be real, I can’t afford a therapist, and I know half of our fans can’t either, so hopefully my music helps at least one angsty teenager realize they aren’t alone in how they feel.

Madison: I second that. I definitely want to keep growing and gaining momentum as far as Absolutely Not goes. Who knows; maybe it’ll even pay the bills one day! Ha! But in all seriousness, I could never in a million years give up on music because it’s too much a part of me and I’d probably go insane without it. Well… more insane.

Santiago: As long as I am playing the drums, I’m totally happy. 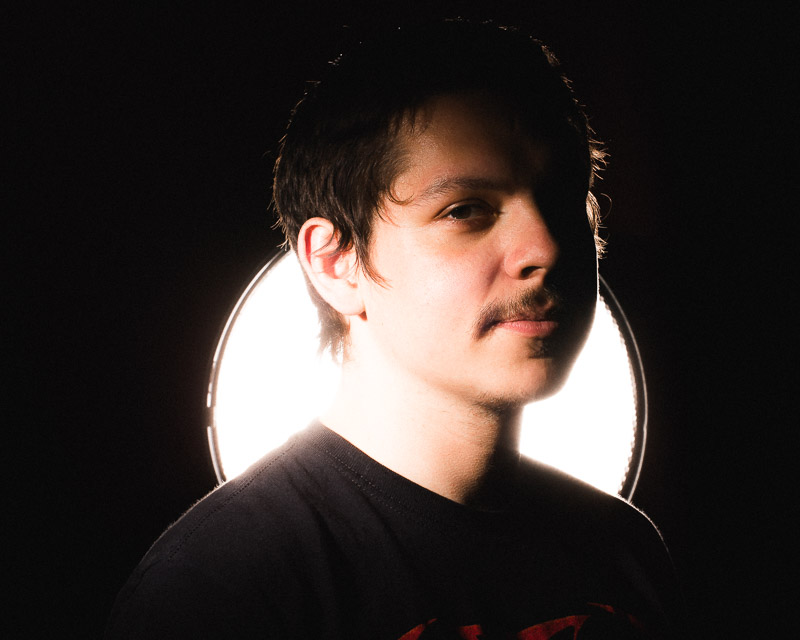 A bunch of wildly talented college kids get together in a garage and magic happens. They want to take this further. What’s your advice to them?
Donnie: I’d tell them to always leave people wanting more instead of wishing they had less.

Madison: I agree with Donnie. I would also say networking is key. Connect with bands, bookers and other people in the industry and try to tour as often as you can. The more you can spread your sound around, the better.

Flip that last question: what’s the best advice you’ve ever gotten and from whom?
Donnie: “Make sure all your songs stay your songs.” Julius Moriarty.

Finally, on a personal note, as I was boning up on your oeuvre, I came across the video of you doing “Dizzy Disease” at Multi Kulti in 2013. The Theramin-sounding riff on that tune slays me. Are you planning to record it anytime soon? I vote yes.
Donnie: Yas! It’s gonna be on the new LP!