10
Chaka Khan
When we last checked in with the legendary R&B goddess, she was in the midst of a renewed love affair with her home city: a section of Blackstone Avenue by her old high school had been renamed Chaka Khan Way, she served as grand marshal of the 2014 Bud Billiken Parade, and was looking forward to an August 2014 gig at the Chicago Theatre. The ensuing years have found her straying farther from home and with less to show for it. Nominated a second time for the Rock and Roll Hall of Fame, she still wasn’t inducted; she made the questionable decision to compete, with Keo Motsepe, on “Dancing with the Stars,” and had the indignity of being the first couple eliminated; and her long-promised album, “iKhan,” never actually surfaced. But in May of 2016 she did drop a new single, which teams her with her brother Mark Stevens and sister Taka Boom. The FOMO-produced “House of Love” promises a return to the straight-up funk that propelled Khan—now sixty-three—to the multi-million-selling and Grammy-grabbing summit from which she now rules. “Music today is somewhat light in the ass,” the diva declares. “We plan on bringing it full circle: real musicians, no auto-tune, lyrics with a message of hope and something to get everybody fired up on the dance floor.”

11
Rhymefest
For Rhymefest, the past two years have found him enmeshed in film production, both behind the scenes and in front of the camera. With Common and John Legend, he co-wrote the Oscar and Golden Globe-winning “Glory” from the “Selma” soundtrack. A year later he was the subject of a documentary film, 2015’s “In My Father’s House,” about his struggle to find and take care of his homeless, alcoholic father. He also toured across Colombia this spring with Jasiri X as Kill Switch, leading a team to raise awareness around UNGASS (Special Session of the United Nations General Assembly on the World Drug Problem) and hosted a fundraiser for Donda’s House, a nonprofit he cofounded with Kanye West to support young aspiring artists in Chicago.

12
Jennifer Hudson
When we checked in on Hudson in summer 2014, the American-Idol-contestant-turned-Grammy-and-Oscar-winner was about to release her third album. Entitled  “JHUD” (pronounced “J. Hud”), the dance-heavy collection appeared on schedule, and boasted collaborations with R. Kelly, Pharrell Williams, RedOne and others. Despite this roster of outsize guest personalities, Hudson insisted, “I want it to reflect my person–not just as a vocalist, but as a music-lover.” Ultimately “JHUD” didn’t perform as well as Hudson’s previous recordings; but possibly this is due to the diva’s focus being increasingly on acting. Since 2014 she’s made her Broadway debut as Shug in “The Color Purple,” logged a guest shot on Fox’s “Empire,” appeared in both Spike Lee’s “Chi-Raq” and HBO’s “Confirmation,” and has announced that she’ll play Motormouth Maybelle in NBC’s live telecast of the musical “Hairspray” on December 7.

13
Krewella
A big change in the superstar EDM trio is that it’s now a duo. Kris “Rain Man” Trindl resigned in 2014, though in a subsequent lawsuit he charged that sisters Jahan and Yasmine Yousaf had forced him out; the Yousafs countersued, and for a while accusations flew like badminton birdies. Ultimately the suit was settled out of court and the slimmed-down Krewella got back to seriously making music. “Troll mix Vol. 14—Return of the Trolls” was released in August 2015, and in December the sisters took part in Paul McCartney’s all-star climate-change awareness single, “Love Song to the Earth.” In May of this year they released a six-track EP, “Ammunition,” with a heavier emphasis on DnB than on dubstep; and the same month guested on a single, “Superstar,” by Pegboard Nerds and NGHTMRE.

14
Umphrey’s McGee
The enduring prog-rockers seem to be living an entire career arc all at once. They still tour—selling out venues near and far, including two nights at Red Rocks this summer—but they’re also on the cutting edge of the digital revolution, as the first band to launch a subscription-based streaming service exclusively devoted to selling its own music. They’re still making that music, too; in 2015 they released “The London Session” recorded at Abbey Road studios—whose indelible connection to the Beatles inspired them to include a cover of “I Want You (She’s So Heavy).” Rolling Stone dubbed the album “a historical primer, an evolution story inside fifty-one minutes.” Even as they look to the future, the McGees’ early years are immortalized in a new documentary, “Reel to Reel,” which “reflects on UM’s days of suspended youth, racking up thousands of miles in a van and trailer without a worry in sight. But reality knocks as a founding member walks away mid tour, putting the entire venture in jeopardy.” The film, which is assembled from unreleased, band-shot camcorder footage, is viewable online. 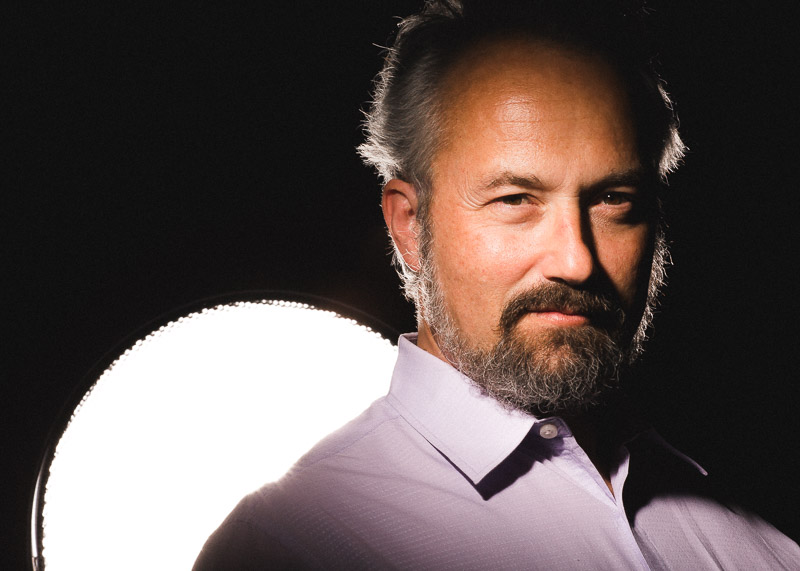 15
Carlos Kalmar
Unlike his predecessors who functioned with the help of an executive director responsible for programming, Kalmar added “artistic director” to his responsibilities five years ago, in essence, becoming the de facto music director of the nation’s only remaining free summer music festival. That is a responsibility that Kalmar takes very seriously, using the resources of the Grant Park Music Festival to give the city a true festival of innovative and wide-ranging programs of astonishing variety and scope that by contrast, make much of what the more upscale Ravinia Festival serves up for classical summer fare seem like cultural fast food by comparison.

16
Lupe Fiasco
Last year’s “Tetsuo and Youth” got short shrift commercially and critically, but it’s an amazing work of modern hip-hop. Fiasco also continued his efforts as an anti-establishment provocateur, penning an open letter on white supremacy, getting into Twitter beefs with Azealia Banks and Kid Cudi regarding the Ferguson riots, and becoming a virtual reality evangelist. After claiming he was retiring from hip-hop, Fiasco performed at the Chicago Cultural Center in May and has promised three records by 2017.

17
Andrew Bird
Having spent the past few years as a charming dilettante—releasing a collection of Handsome Family covers in 2014, then an experimental instrumental album the following year—in 2016 Bird finally produced a full-length album of original material; his first in five years. “Are You Serious” refocuses on his substantial singer-songwriter gifts and has widely been viewed as a return to form; with Rolling Stone welcoming back “the musician whose depth, curiosity and high-brow intellect won us over in the nineties.” Bird just toured the album internationally; but ever restless, he hits the road again in fall, which brings him to Pritzker Pavilion for a September 7 show with Margo Price. Bird donates a dollar of every ticket sold on the tour to Everytown for Gun Safety, an organization “that takes on this issue with the kind of intelligence and grasp of reality that it takes to make a difference,” he says. “I am proud to support and I hope that their work can create some positive change. P.S. Wear Orange!”

18
Kurt Elling
Elling is largely considered to be the best male jazz vocalist anywhere—so claimed DownBeat’s annual Readers’ Poll for some decade and a half—and accordingly, he travels seemingly everywhere to solidify that perception. Still, he hasn’t forgotten his way back home, having performed in Hyde Park at the Logan Center just last month. Elling’s latest project is a new album and first-ever collaboration with the Branford Marsalis Quartet called “Upward Spiral” that unleashes Elling’s Grammy Award-winning, four-octave vocalese within a hard-hitting straight-ahead jazz context. This is a return to roots of sorts for Elling, who was singing with the late Von Freeman’s wailing saxophone, among others, back in his earliest Chicago club days.