19
Flosstradamus
In addition to releasing their own music, including 2014’s “Plurnt” and 2015’s “HDYNATION RADIO,” in the past two years Autobot (Curt Cameruci) and J2K (Josh Young), the twosome known as Flosstradamus, have remixed Rihanna’s “Bitch Better Have My Money,” Fetty Wap’s “My Way” (featuring Drake) and innumerable other tracks, including cuts by Young Thug, Steve Aoki and Major Lazer. This summer the duo plays Bonnaroo in Tennessee, Electric Forest in Michigan and Pemberton in British Columbia, in addition to numerous gigs in Las Vegas. Pack your earplugs and prepare yourself to sweat.

20
Twin Peaks
The dynamic young garage-rock band pretty much ruled last year’s festival season. They’re back this summer as conquering heroes, having recently released a new album, “Down In Heaven” (which Pitchfork calls “a casual, charmingly low-key set of kitchen-table blues, slow-dance serenades and unplugged power pop”) and enjoying a plug from Esquire as one of the bands “keeping rock alive in the digital age.” They’ve also played SXSW, performed on “Conan,” and have announced a U.S. headline tour for fall, because apparently the succession of summer stages isn’t enough to exhaust them. Despite all the hype, one of the most intriguing things about Twin Peaks is that they weren’t aware of the television show when they chose that name. Go ahead and ask them. Everyone else does.

21
Vic Mensa
“There’s Alot Going On” on Vic Mensa’s new EP, but the through-line is Mensa’s passion, creative rhymes and seemingly effortless flow. There’s also a timeliness to the content: “Blue Water” addresses the Flint, Michigan’s water crisis and “16 Shots” tells the story of LaQuan McDonald, a seventeen-year-old African-American holding a three-inch knife who was shot sixteen times by a white police officer on Chicago’s South Side. In 2016 Mensa also hooked up with Kanye West, landing a featured spot on the “Wolves” single from “The Life Of Pablo” (which he performed with West live on “Saturday Night Live,” along with Sia), collaborating on the single “U Mad” and receiving a Grammy nomination for co-writing the single “All Day.” He’s now signed to Roc Nation, Jay-Z’s label, and a full-length major-label debut is expected soon.

22
Tortoise
In 2014, when we looked in on the so-called “post-rock” ensemble the Boston Globe calls “an American underground institution,” it was in something of a holding pattern, not having released an album since 2009. That changed in a big way with 2016’s “The Catastrophist,” which grew out of a commission by the city of Chicago to compose a suite of music reflecting our native jazz and improvised music communities. Characteristically, multi-instrumentalists Dan Bitney, John Herndon, Doug McCombs, John McEntire and Jeff Parker thoroughly restructured the five original pieces in the studio—then debuted them at two sold-out hometown shows before taking them on their first-ever national tour this spring. No word on how places like Marfa, Texas or Arcosanti, Arizona felt about Tortoise’s everything-in-a-blender-then-whizz mixture of dub, rock, jazz, electronica and minimalism, but we in Chicago can be proud we’ve got Tortoise to do some widescreen representing.

23
Disappears
When we last spoke to Disappears, they’d just finished recording a new album—their fifth. “Irreal” was subsequently released in 2015 and marked a startling departure from the high-decibel dreaminess of their previous endeavors. Pitchfork’s review noted that the band had “traded in the pop streak of 2013’s ‘Era’ for a world of stark and brutal rhythm. Instead of melodies, the instruments trace shrapnel in the wind.” It’s a testament to Disappears’ integrity that, rather than get too comfortable with the shoegaze/krautrock brand that had brought them so much success, they tore it off like a bandage and exposed the rawness underneath. Now founding member Brian Case reports they’re writing their next album; expect the unexpected. The band has also recently released a live album of its revisionist, cut-for-cut performance of David Bowie’s “Low,” recorded at the Museum of Contemporary Art in November. 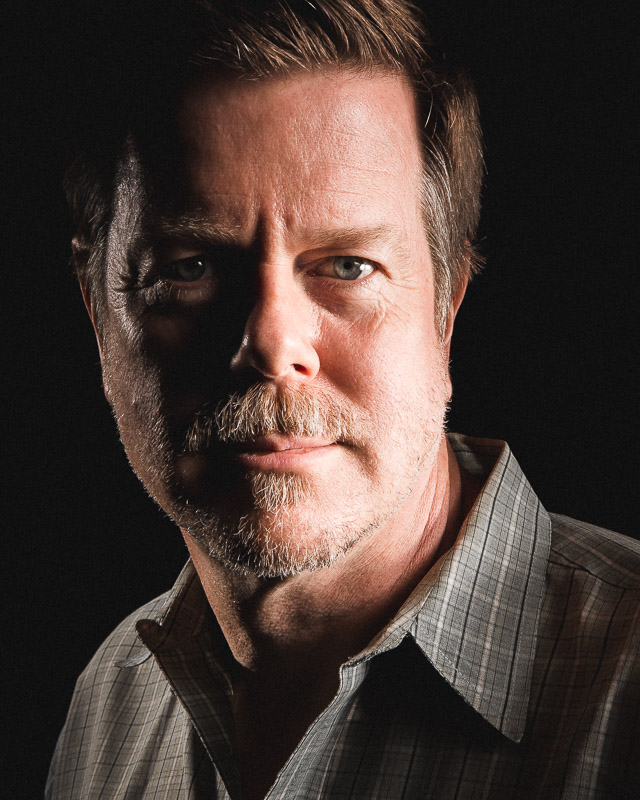 24
Ken Vandermark
The jazz and avant-garde composer and multi-instrumentalist has one of those careers that’s difficult to encapsulate; his endeavors just cast too wide a net. Since we last spoke to him in 2014, he’s released three recordings: one by his ensemble Audio One (“What Thomas Bernhard Saw”) and two duo albums, pairing him with trumpeter Nate Wooley and Norwegian drummer Paal Nilssen-Love. He also published a book of his photographs and solo recordings, “Site Specific,” co-founded the weekly Option concerts at the Experimental Sound Studio, programmed a twelve-set residency at The Stone in New York by John Zorn, and initiated the Momentum series of North American projects and recordings. And he’s done all this while touring about half of each year, primarily in Europe and North America, with a variety of ensembles and collaborators—including a new international quartet called Shelter. In 1999, Vandermark won a prestigious MacArthur “genius grant;” seventeen years on, the foundation has no cause to be embarrassed by the choice.

25
Naked Raygun
You reap what you sow—which can be good news, even if what you’ve sown is proto-postpunk eighties-era nihilism. Dave Grohl has often cited Naked Raygun as his first concert, back in 1982 when he was just thirteen. Flash-forward to 2015, and the now-superstar Grohl has recruited the angry old men who inspired him to play selected dates on Foo Fighters’ Sonic Highways Tour…which includes a triumphant hometown show at Wrigley Field on August 29. Apparently invigorated by this return to the limelight, Naked Raygun plan to release a new record in 2016—its first full studio album since 1990.

26
Ryley Walker
Singer-songwriter Walker had a breakout hit with his third album, 2015’s “Primrose Green;” our review called the title cut “one of those shimmeringly perfect folk-rock tunes that only comes along every dozen years or so.” It was a moment that might have prompted another artist to grab for the commercial golden ring, but the Rockford native proved his indie bona fides by instead releasing an instrumental album, “Land of Plenty,” with Bill MacKay. Recorded during a January 2015 residency at The Whistler, the album incorporates a feast of genre-bending sounds from psychedelic waltzes to raga-inspired blues. A hit at Pitchfork last year, Walker is instead touring internationally this summer; but he’ll be back home in Chicago in August, just in time to introduce a new album, “Golden Sings That Have Been Sung”… and then he’ll head right on back to Europe for yet another tour.

27
Donnie Trumpet
Trumpeter Nico Segal and his band The Social Experiment generated a huge buzz due to Chance The Rapper’s involvement in the group. “Surf,” which was released as a “surprise” free download via iTunes in May 2015, hit a lot of critics’ end-of-year “best of” lists and generated ten million individual track downloads. Donnie Trumpet’s creative and vigorous horn leads a roster of guest artists, none of whom are formally credited, but they are a veritable who’s who of modern hip-hop and R&B legends: Big Sean, Busta Rhymes, B.o.B., Erykah Badu and Janelle Monáe, along with Chicago up-and-comers like BJ The Chicago Kid, Saba, King Louie, Sir The Baptist, Noname and Eryn Allen Kane. Trumpet’s artistry and the dynamism of The Social Experiment’s live performances were one of the highlights of Chance The Rapper’s set that closed last year’s Pitchfork Music Festival.