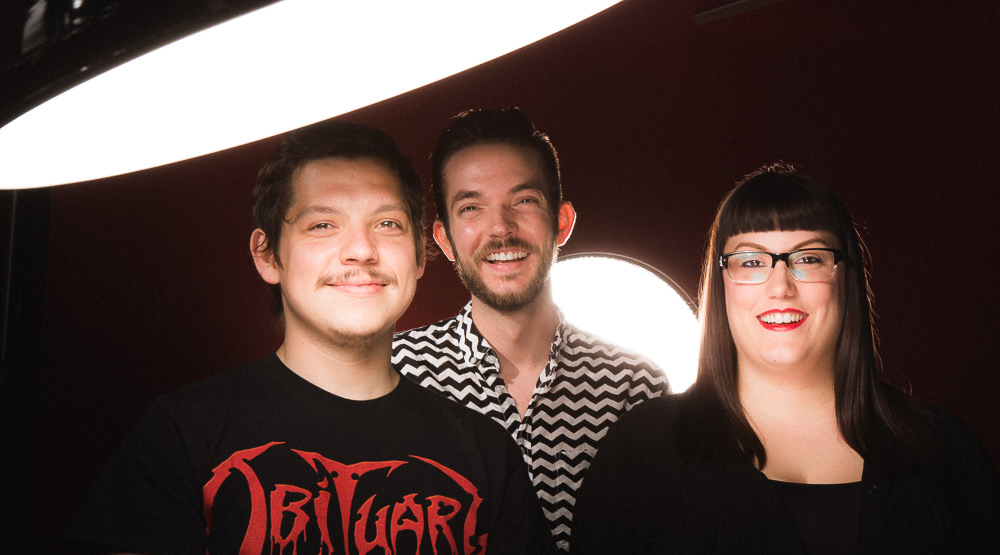 37
Absolutely Not
Linger on terra firma long enough and you begin to see paradoxes pile up. Like, how can the sheer anarchic furor of nascent punk rock, circa 1979-81, be so expertly channeled by a band whose members weren’t even fetal until the twentieth century was sputtering its death rattle? Granted, Absolutely Not—the trio formed by Donnie Moore, Madison Moore and Santiago Guerrero—incorporates some subtle idiosyncrasies—flashes of glam, insanely tuneful hooks and an imperviousness to nihilism that’s more Up With People than Ramones. But give a listen to the band’s 2014 EP “Haunted House Pizza Party” or its 2015 follow-up “Berserk Split”—most of whose tracks slam to a halt at just under two minutes—and the decades just fall away. Absolutely Not hit SXSW in March and plans another tour in fall to promote their new single “Programmed.” A full album won’t be far behind.

38
Towkio
Yet another member of the seemingly ubiquitous SaveMoney crew, Towkio dropped his “.Wav Theory” mixtape as a free download in 2015. The release featured guest appearances from fellow SaveMoney members Chance The Rapper, Vic Mensa, Donnie Trumpet and even Joey Purp (a lifelong friend), as well as Kami de Chukwu and Leather Corduroys. Born Preston Oshita to a Japanese father and Mexican mother on Chicago’s North Side, Towkio credits his diverse background as informing his music; and even if it seems schizophrenic at times, one can’t argue with the impulses that pulse through the mixtape. When Chance refers to this release as “the hottest tape of 2015” and says he was “just glad you let me rap on that,” it’s not just dramatic hyperbole.

39
Rob Mazurek
Cornetist-composer Rob Mazurek turned fifty in 2015 and celebrated with a slew of major commissions, including “The Wrecks” for France’s Atlantique Jazz Festival, “Land of the Spirals” for Italy’s Novara Jazz Festival and “The Farnsworth Project” for Chicago’s Graham Foundation. He’s also kept up a dizzying performing schedule with such ensembles as Chicago/São Paulo Underground, Black Cube SP and Exploding Star Orchestra; and that doesn’t even factor in his solo work. His quest is to continue “raising the bar in what is possible in future expression of sound.” His most recent recordings include “Some Jelly Fish Live Forever,” a duet with cutting edge-guitarist Jeff Parker and “Alien Flower Sutra,” an avant-folk noise release with singer-songwriter Emmett Kelly. Multiple new releases are planned for the coming year as well; because hey—that bar isn’t going to raise itself.

40
Haley Fohr
You might read the name and think, “Haley who?” That’s because she’s best known under a pseudonym…in fact, two. Circuit des Yeux is Fohr’s experimental solo project, where she constructs mesmerizing compositions to showcase her baroque lyrics and baritone vocals; our review of the project’s debut album, “In Plain Speech,” credited her with “a lower range that rumbles ominously, like plate tectonics, and an upper that’s so dizzyingly perched, it can induce vertigo.” Fohr’s latest album—it dropped in June—is under a country-and-western alter ego called Jackie Lynn, complete with a backstory about being a guitar-slinging, drug-dealing outlaw. Both projects have attracted significant acclaim. Fohr will be touring with Ryley Walker later this year… we’re guessing as Circuit des Yeux. But we’ll find out together. 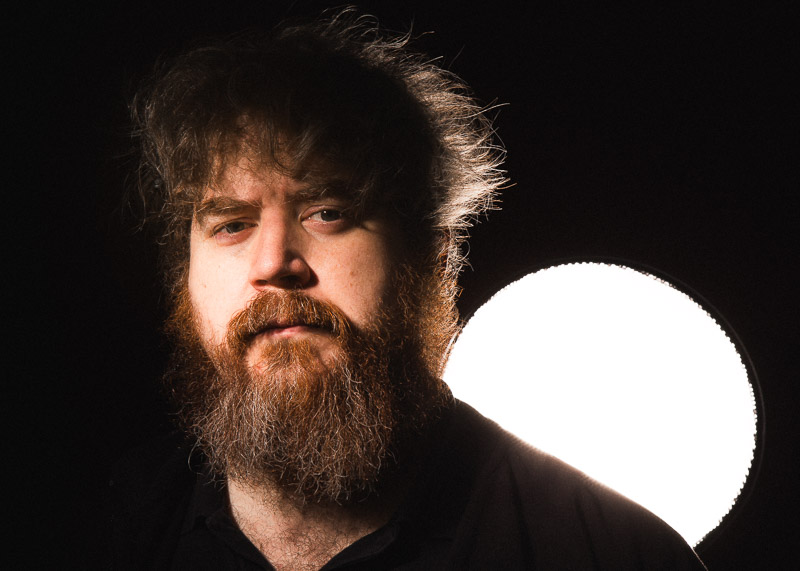 41
Daniel Knox
Knox appeared, in all his shaggy glory, seemingly out of nowhere with his eponymous 2015 debut, which harkened back to a time when singer-songwriters actually had something to say. In that sense, Knox is a throwback to Harry Nilsson and Leonard Cohen. In our review of the album, we declared “Daniel Knox” “an actual goddamn song cycle—and a great one.” Knox spent most of last year touring the U.S. and Europe, but managed all the same to assemble a three-hour, sixty-track collection of his film scores, called “Work For Hire: Music For Theater & Film,” now available on his Bandcamp page. And he has two full-length LPs in the pipeline—one scheduled to drop this fall, the second next year. Meanwhile, he continues working as a projectionist at the Music Box Theatre—about the most poetically perfect job for a singer-songwriter ever—where he recently hosted two midnight screenings of his favorite movie, David Lynch’s “Fire Walk With Me.”

42
Saba
Saba has been increasingly visible over the past few years. Born Tahj Malik Chandler (an early rap handle was a play on the word “sabotage”) in the Austin neighborhood, the son of R&B singer Chandlar started playing piano at age seven, and began making beats shortly thereafter. He released his first solo project, “GETCOMFORTable” in 2012 (featuring a guest appearance from Mick Jenkins), followed by “ComfortZone” in 2014 and an instrumental EP in 2015 called “SpareChange!” In 2013 he earned significant recognition with a verse on Chance The Rapper’s mixtape, “Acid Rap,” and again collaborated with Chance on the 2016 track “Angels.” He was also featured on The Social Experiment’s album “Surf, with members Chance the Rapper and Donnie Trumpet. He’s recording his next solo project, hopefully due to drop this fall, with Chicago producer Phoelix in L.A.

43
Dreezy
In 2014, Seandrea Sledge, who goes by Dreezy, released her “Schizo” mixtape. A few months after that, she told Noisey she wanted to be the “new face of female hip-hop;” since then, she’s successfully made that case, signing to major label Interscope and releasing the “From Now On” EP last December. She’s confessional to a fault, demonstrated by the raw and honest “Bad Habit,” and there’s no question that she is “The Realest,” wherein she makes the point that she “would rather keep it real than to sit around and smile in your face.” At the still young age of twenty-two, the future promises great things for Dreezy—and ideally augurs more gender equity in Chicago hip-hop. 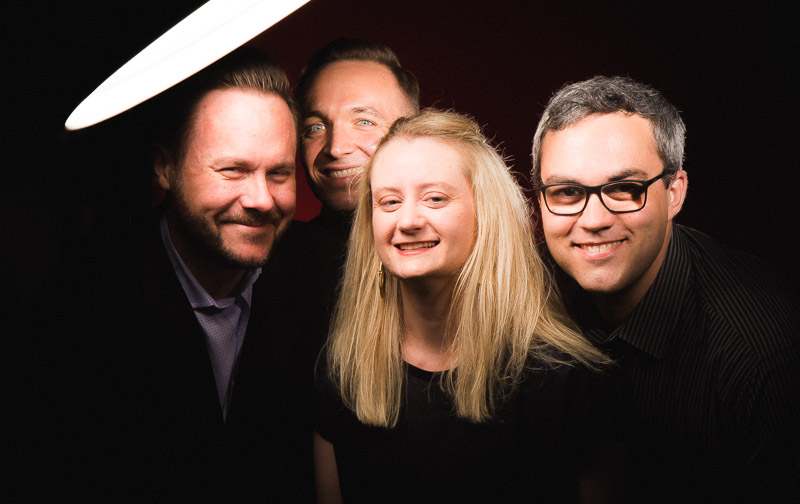 44
Spektral Quartet
Chicago is a hotbed of new music activity, so it takes a lot for an ensemble to break through to mainstream recognition. Spektral Quartet, formed in 2010 by Clara Lyon (violin), Austin Wulliman (violin), Doyle Armbrust (viola) and Russell Rolen (cello), have pulled it off, as much by sheer inexhaustibility as artistic vision and performance chops. Their recent projects have included teaming with avant-pop luminary Julia Holter for Chicago composer Alex Temple’s “Behind the Wallpaper,” and a new album, “Serious Business,” that Gramophone magazine called “geeky, highly-interactive, creative and collaborative… unlike anything its intended audience—or anyone else—has ever heard.” There have been additional tours, residencies and concerts; and the 2016/17 season also marks the group’s fifth year as Ensemble-In-Residence at the University of Chicago’s Department of Music.

45
My Gold Mask
Since lead singer-percussionist Gretta Rochelle and guitarist Jack Armondo formed My Gold Mask in 2009, they’ve been down several sonic side streams. But their latest cross-genre combo—electro-dark pop with a driving industrial beat—seems to have been the recipe they’ve been waiting for…not to mention adding drummer-synth player James Andrew to the team, along with producers Sanford Parker and Balthazar de Ley. The group’s fifth album, “Anxious Utopia,” dropped in March, and was followed by a coast-to-coast tour that included a SXSW official showcase. A series of visually arresting videos by Chicago directors, highlighting Rochelle’s platinum-goth charisma, have also helped make this My Gold Mask’s breakthrough year.