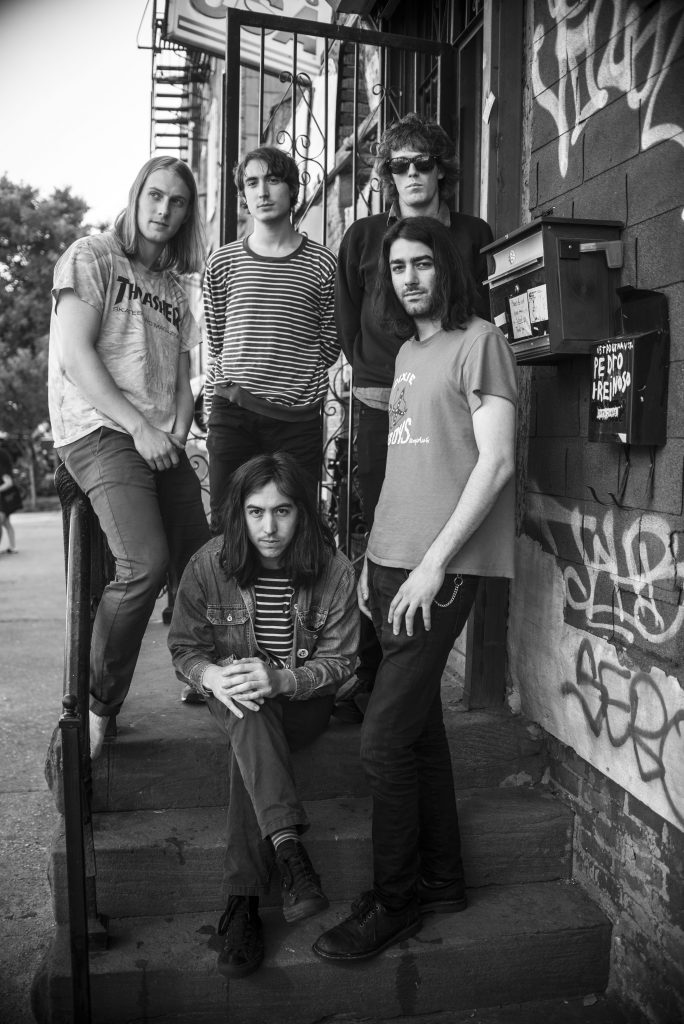 While some of the harder, more jagged sub-styles of 1960s rock are now justly celebrated, back in the day many of those groups languished in obscurity. The popularity of “Nuggets” and similarly themed compilations belies the reality that—on initial release—garage rock didn’t often sell in large quantities. For every “96 Tears,” there were countless worthy psychedelic-tinged, fuzz-toned rockers that went largely unheard.

So it’s a bit unexpected—though quite gratifying—to witness the enduring modern-day popularity of sixties-flavored garage rock in the form of young bands making their own music. Notable among these is Brooklyn-based The Mystery Lights. Though the group’s prime movers—Mike Brandon and L.A. Solano—have been operating under this banner for some years now, their upcoming self-titled release is the group’s first full-length album.

Like the best of the sixties groups from which they unashamedly draw their inspiration, The Mystery Lights create songs that carve out a distinct identity while delivering the trademark qualities upon which garage-rock fiends insist: simple, straightforward and memorable melodies, a vaguely hypnotic vibe with an aura of malevolence simmering just below the surface, petulant she-done-me-wrong lyrics delivered with a snarl and instrumental touches that conjure mental images of outfits like The Chocolate Watchband, The Standells and The Music Machine.

Recently showcased on NPR’s “World Cafe,” the group is currently in the midst of a North American tour comprising nearly thirty shows in twice as many days. Two days after their Chicago date, “The Mystery Lights” will be released on Wick Records, a subsidiary of Daptone Records; the latter is known primarily for its modern-day take on soul and R&B. Daptone’s new retro-rock focused imprint is in keeping with the company’s overall aesthetic.

Sharing the bill is like-minded Seattle trio Night Beats, a group that revives the sonic approach of Sky Saxon and The Seeds. With three albums to their credit, Night Beats show that they can unearth a lot of intriguing musical ideas while remaining firmly within their chosen musical aesthetic. Their tour with The Mystery Lights is an inspired pairing that should satisfy the cravings of sixties psych-beat aficionados. (Bill Kopp)