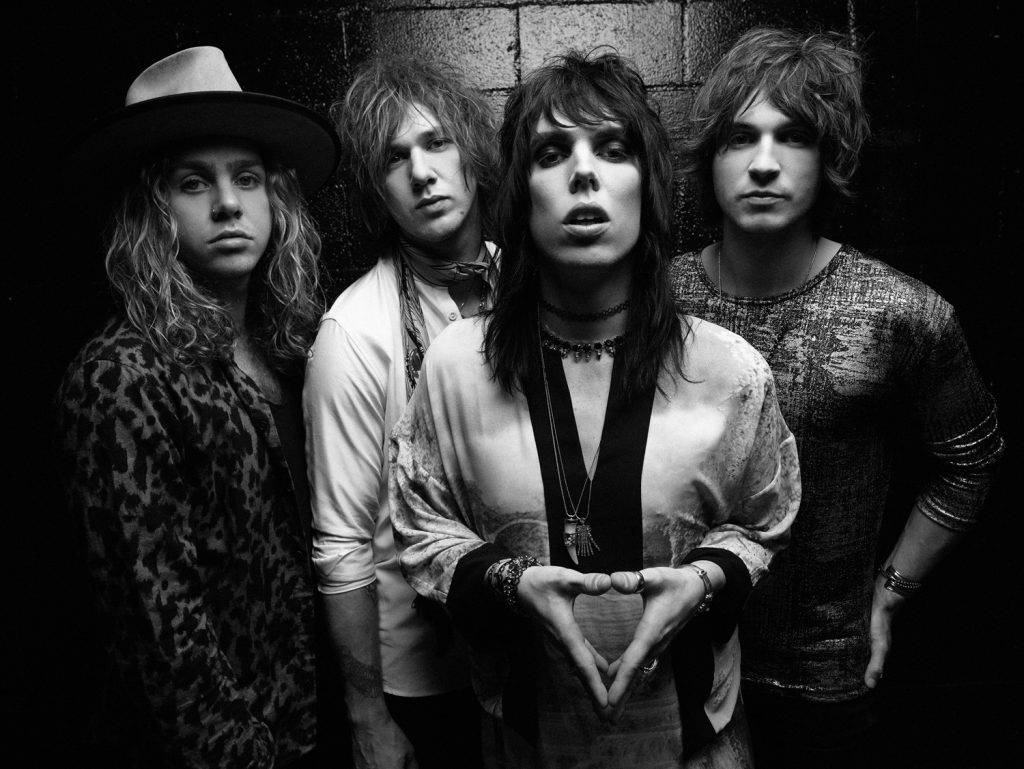 The Struts are one of those groups that seem as if they’ve been around forever. Expertly channeling the glammy musical excess of Queen, the quartet from Derby, England burst onto the pop music landscape with 2014’s “Everybody Wants.” That album charted modestly in the U.K. and Canada, faring better (number fifteen) on the U.S. rock charts. Ahead of their U.S. tour, the group reissued the album earlier this year, adding five songs and new, more provocative album art to the set.

The group’s approach is straightforward: cranking out melodic, anthemic arena rock, they swing for the fences with every track. Big guitars (think of Boston) meet massed vocal choruses (shades of glam heroes Slade) and infectious melodies that stick in the listener’s head (not unlike Sweet’s biggest hits of the seventies). But there’s a modern sensibility to the group’s sound that helps The Struts steer clear of overt nostalgia. The well-crafted songs often recall Oasis at their best or the inerrant sense of melody that’s a characteristic of Supergrass.

Occasionally, lead vocalist Luke Spiller sounds perhaps a bit too much like Freddie Mercury, but the original songs—which don’t overtly ape Queen’s sound—help the group maintain its own identity. On record, their aesthetic comes through loud and clear: from the production and arrangement of their songs alone, one can pretty well imagine how The Struts look onstage. They proudly take their sartorial cues from Mick Jagger and Steven Tyler.

The expanded “Everybody Wants” keeps the wattage turned up full for most of its thirteen tracks; even when they engage in some power-balladeering (“Only Just a Call Away”), it’s a high-energy affair. Insistent hand claps show up on nearly every song: this is music designed for sing-along (or shout-along) audience participation.

In a musical world that’s often in search of the Next Big Thing, The Struts head in the opposite direction, crafting something that—while technically new—aims instead to deliver the carefree exuberance of vintage arena rock, updated for modern audiences.

Note: In addition to this late-night “official aftershow” set at Bottom Lounge, The Struts are also part of the July 29 Lollapalooza lineup. (Bill Kopp)