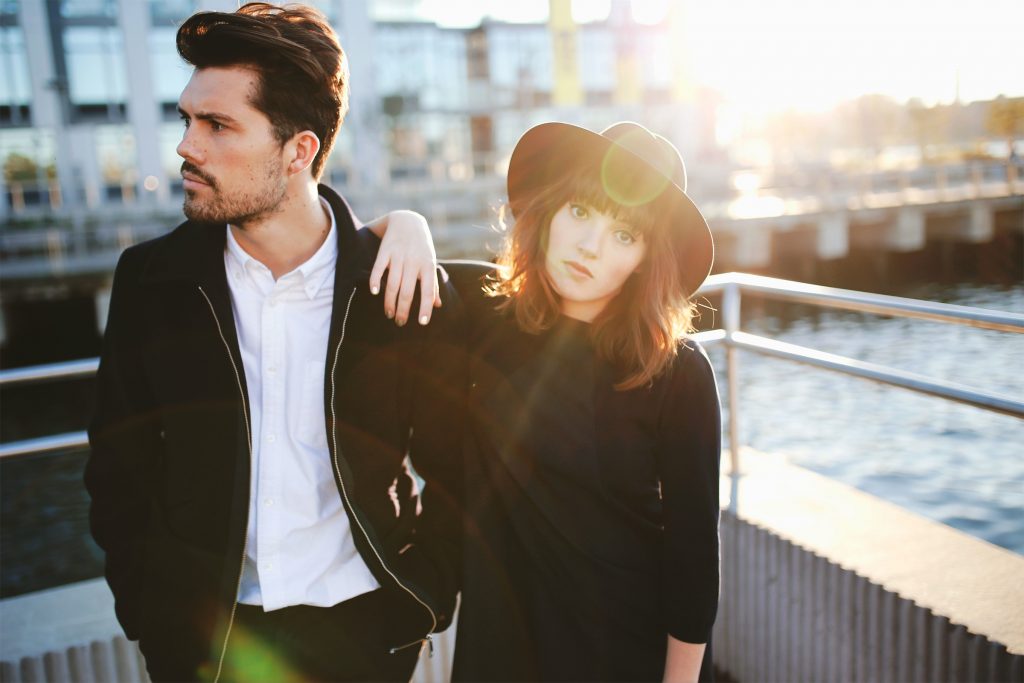 For me, part of the appeal of multiple-day, multi-stage extravaganzas like Lollapalooza is the opportunity to discover new bands. There’s something sterile (and solitary) about searching Spotify for new music; like the song says, ain’t nothing like the real thing. And so my approach to Lolla would be to check out acts that pique my interest, but specifically focus on ones that I might not otherwise invest an entire evening’s time and money were they at a club. With that in mind, I create my Lollapalooza schedule by starting at the bottom of each day’s bill, and work my way up.

That said, there’s no way I’m going to miss Radiohead.

THURSDAY
Noon-12:30pm
Pepsi Stage
The Greeting Committee
This young foursome (all its members are still in high school) has an uptempo, indie-pop sound reminiscent of nineties groups like The Cranberries, but with more of a rock sensibility. And they seem refreshingly free of artistic poseur characteristics. (There’s time for those to develop, one supposes.) Their songs are sturdily constructed and they strike me as an act worth watching. Capitol Records certainly thinks so.

2pm-3pm
Hiatus Kaiyote
Petrillo Bandshell
I thought I’d heard of every genre and subgenre in existence, but “future-soul” is a new one on me. I’m not sure it applies, really, but that’s the tag hung on this Melbourne, Australia outfit. Naomi “Nai Palm” Saalfield’s vocals have a definite jazz sensibility, and the group’s effective use of electric piano textures gives their music a vibe that sets them apart from neo-soul (yeah, you’ve heard of that style) but connects them to downtempo soul/R&B of the 1970s.

8:45pm-10pm
Lana Del Rey
Bud Light Stage
Among many of the music connoisseurs with whom I’m acquainted, it’s fashionable to dislike Lana Del Rey. But a friend whose opinion I respect greatly raves about her music constantly. And he doesn’t do so simply to be contrarian. Still, I wonder to what extent her sound is a product of the studio, where most everything can be polished. So checking her out live onstage seems the next logical step.

8pm-10pm
Radiohead
Samsung Stage
Any group that put out two of the best albums of the 1990s (“The Bends” and “OK Computer”) and then continued to work while studiously avoiding the let’s-coast-on-those approach, deserves plaudits. With a lineup that’s had but one change since 1993, Radiohead continues to push forward—or at least in directions other than backward—with each successive release. Its music is often described as “uncomfortable,” which is another way of saying that it challenges the listener. I welcome that challenge. One has to miss half of their set to check out Ghost, though.

9pm-10pm
Ghost
Pepsi Stage
Many of today’s heavy rockers miss out on the nuance that their forebears appreciated. For reasons not fully understood, Scandinavia has more than its fair share of metal acts, but a lot of them go in for death imagery and Cookie Monster vocals. Ghost, from Sweden, goes in a very different direction: its music features melodic vocals wedded to an uber-heavy, thunderous instrumental attack. Think of it as ABBA meets Opeth. The band has a finely-tuned sense of the theatrical, too.

SATURDAY
2:10pm-2:50pm
Potty Mouth
BMI Stage
This all-female trio from Massachusetts traffics in melodic, clattering punk, but it’s a kind of punk that doesn’t hide the stop-on-a-dime musical chops of its members (all of whom go by their first names only). Their musical aesthetic owes more to The Replacements than, say, Green Day. Potty Mouth’s sound pummels and draws you in at the same time.

3:45pm-4:45pm
Nathaniel Rateliff & the Night Sweats
Petrillo Bandshell
Rateliff folds most every American musical style into his unique and signature sound, often within the confines of a single tune. “S.O.B.” seamlessly combines field hollers, southern gospel textures, a kind of Memphis rockabilly and who-knows-what-else. As exciting as the group’s music is on disc, it’s a sure bet that they’ll put on an electrifying live show.

4:30pm-5:10pm
Nothing
BMI Stage
Not to be confused with Nothing But Thieves (who are also on Saturday’s bill), this Philly band crafts a dense sheet of melodic rock. Nominally shoegaze, there’s a soaring, uplifting vibe to many of their songs, one that belies its members’ hardcore punk origins. Dig into their songs and you’ll find enduring melodies within.

SUNDAY
1:30pm-2:25pm
Oh Wonder
Lakeshore Stage
This duo makes minimal yet meticulously produced and arranged R&B-flavored pop. Working in much the same musical territory as Superhumanoids, Josephine Vander Gucht and Anthony West put more emphasis on their vocal harmonies, letting their slinky instrumentation and beats take a back seat. At least that’s the case on record; I wouldn’t be surprised to find their live show more beat-centric.

3:45pm-4:45pm
Third Eye Blind
Petrillo Bandshell
On one hand, this act makes my list by process of elimination: Sunday’s Lolla schedule is heavy on electro-dance acts and “producers.” Straddling rock and pop, TEB leans in a Coldplay direction on the ballads, but their more rock-leaning material is consistently strong. Not surprisingly, their music has matured since their debut some quarter-century ago. I have a suspicion they’ll be good live.

5:25pm-6:25pm
Silversun Pickups
Lakeshore Stage
The music made by this Los Angeles band sometimes suggests The Strokes; at times they sound a bit like Television with a female vocalist. Unconventional lead guitar lines are perched atop swooning, hypnotic rhythms. The band makes effective use of shade and light. If PJ Harvey met up with My Bloody Valentine and set about writing pop songs, they might sound a bit like this.