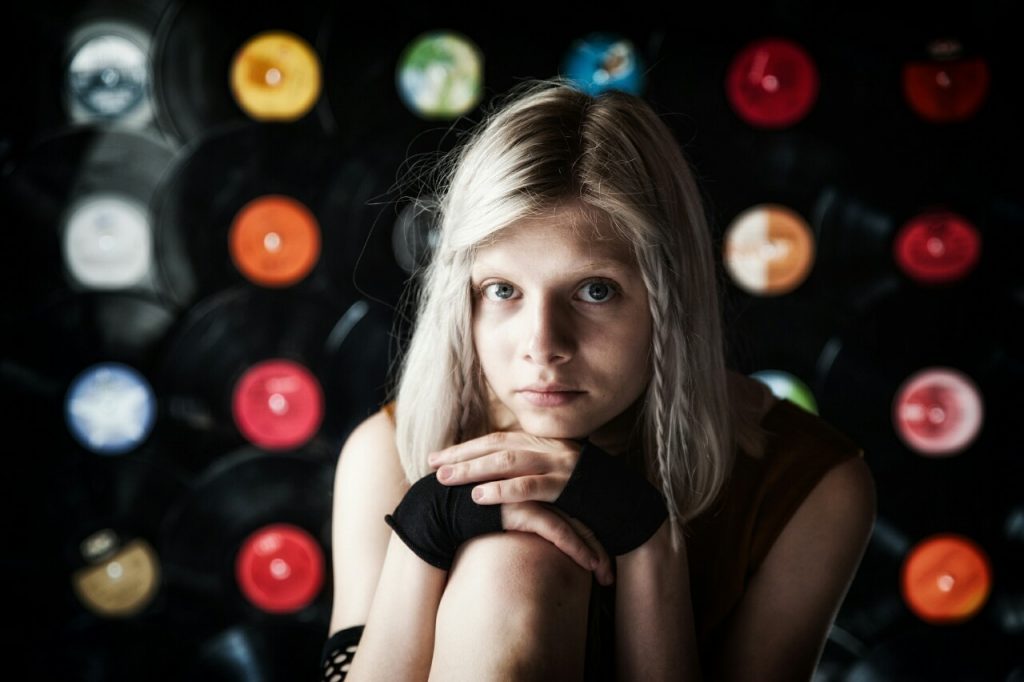 THURSDAY
Noon-12:45pm
Tennyson
Lakeshore
That last mix I made, you remarked, “Oh, this is pretty jazzy!” But that’s where the conversation ended. I told you that Tennyson was a brother-sister teen duo, with the stamp of approval from Ryan Hemsworth, but I put my Fage cup in the garbage instead of the recycling so you yelled at me.

4pm-4:45pm
Wavves
Pepsi
At our first party in the two-flat we bought together, I put on “King of the Beach” and we drank beer with our friends and talked about our new backyard, the unit we would rent out, how far northwest we were, and the smart investment we were making.

7:45pm-8:30pm
Cashmere Cat
Pepsi
The last music festival we went to was in Montreal, where we watched Cashmere Cat’s whole set. We were pretty far up in the crowd so I took a picture of him with my phone. It was pretty good so I Instagrammed it. You never hearted it.

8:30pm-9:45pm
Flosstradamus
Perry’s
We were seventeen when we met. You were working at a Subway in Frankfort, and I would stop in to visit you. One day I came by with Josh, years before he was doing Flosstradamus, and we sat there for a while. Man. I liked you a lot back then.

FRIDAY
6:45pm-7:45pm
Future
Bud Light
We took a trip to Europe and went to a music festival in Norway. I wanted to go see Future but you never liked rap. I lost my shit when he broke into “Bugatti” and you stood there grinning at me. I wish that memory was more fun.

SATURDAY
1:30pm-2:15pm
Chairlift
Lakeshore
Where do I even start? When I DJed with Chairlift for that Pitchfork after-party at Rodan and you met the girl who you later told me “destroyed our marriage,” or when that guy was standing next to you at our friend’s show at Cole’s and you didn’t introduce me because you met him at a Chairlift show that I wasn’t at? Thanks Chairlift/Obama!

5:15pm-6:15pm
Mutemath
Lakeshore
For the first few years, we spent every Fourth of July camping out in Bushnell at the Cornerstone Festival. We saw Mutemath there. Remember how the drummer would duct tape his headphones onto his head? I don’t know if you do, but it doesn’t matter. We believed different things back then. We believed so much. We weren’t married yet. I don’t know what Mutemath even sounds like anymore.

SUNDAY
1:45pm-2:45pm
Classixx
Petrillo Bandshell
The weekend of my thirtieth birthday we went to New York for Governors Ball and I got drunk off free Stack Wines in the VIP. Classixx played during the day—the sunshine hit me first, and I shadowed down on you. I danced so much. I felt happy, but I don’t know if it was real. I’m not sure if any of it was real.

3:45pm-4:45pm
Third Eye Blind
Petrillo Bandshell
A CD from 1997 never left our car. Road trips up I-94 to your parents’ place in Wisconsin and I’m fast-forwarding past the skipping parts (it was so scratched up). The second half of the CD was mostly unlistenable; I don’t know why I even tried. “Losing A Whole Year” is an understatement.

5:15pm-6pm
Aurora
Pepsi
We met Aurora in the artist lounge at Oya. I remember the two of you were about the same height. You liked her set a lot, and when I visited you at your new place you put her on Spotify. It started out as a break. I visited you. We were sharing the dogs. Everything is past tense.

6:45pm-7:45pm
Haim
Bud Light
The tall one flirted with me at the Virgin Hotel and you were jealous.

8:25pm-10pm
LCD Soundsystem
Samsung
I’m honestly not sure if you ever liked or even cared about LCD Soundsystem. You would say things like, “You love music more than me.” Jesus Christ. What a ridiculous thing to say. How old were we? How long can you live with someone before realizing that neither of you knows what love is? Still, “I Can Change” is stuck in my head constantly these days.