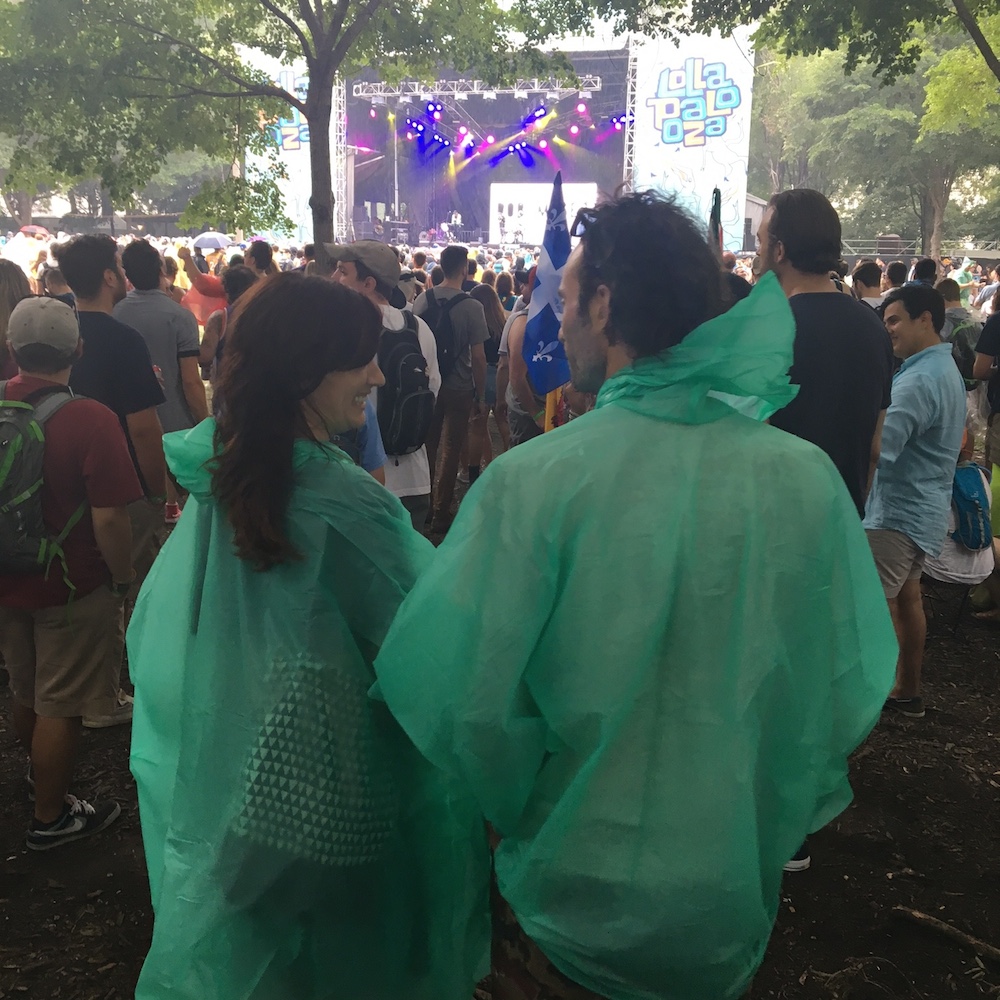 “Dude did you see that tank?”

That question was directed to a teen dude in a tank, from another teen dude in a tank, at Lollapalooza. I didn’t see the tank they were talking about, but it doesn’t matter. There’s no way that tank matters. Thursday at Lollapalooza was a plague-like swarm of teens. Maybe it’s been this way for the last few years, but this was my first time back at the fest since 2013, so I found it all pretty grotesque. For stretches it felt like I was the only adult at this thing.

This is the first year Lollapalooza is running four days, and this first Thursday was all about the kids. The headliners to choose from included J. Cole, Lana Del Rey and Flosstradamus—the latter the only act I don’t actively hate. But even Chicago’s trap gods couldn’t keep me around for long. Perry’s stage was a mess of drunken and/or rolling children and a thirty-two-year-old, six-foot-five guy feels uncomfortable watching live music in such a setting.

Thankfully, there were some great sets earlier in the day from lesser-known acts. I arrived at Grant Park before the music started; I wanted to catch Tennyson’s first-ever show in Chicago at noon. A few dozen people made it out for this first performance of the day, and we were rewarded with free grilled cheese sandwiches for lunch, as well as some Tennyson mirrors from the band’s team. It was charming as hell and complemented the brother-sister electronic-jazz duo’s gleeful enthusiasm perfectly. The coolest teens at the fest were performing at the Lakeshore stage, but they probably didn’t know it. They looked sincerely happy to just be playing music together, regardless of the time or day or how big their crowd was.

From there, the day was up and down, warm and cool, dry and rainy, fun and stupid. I caught a few songs by Lucy Dacus after Tennyson—she sounds like a chilled-out Courtney Barnett. Tight band, solid songwriting, and a good attitude. She opened the shady BMI stage nicely. My friends with guest passes found me at the end of her set, so we went to the north end of the fest where they snuck me some free booze in a Topo Chico bottle. Hey, come on, my media happy-hour wasn’t for a few hours yet.

The three of us then made our way over to the electronic duo Bob Moses at the Pepsi stage. I enjoyed that much more than I anticipated; it made me want to move to Berlin. Their live house music is worthy of Smart Bar, and I danced while the rain started to pour. But we were done with our drinks, so we had to get more. We wanted to see how Yeasayer has aged since we saw them at Schubas with MGMT nearly a decade ago, so that’s what we did. (MGMT is terrible live, by the way. And Yeasayer is not aging particularly well unfortunately.) I bought a glass of Sauvignon blanc, and made a mental note to just buy the bottle come Sunday for when Classixx and Third Eye Blind play.

My friends went and got their free drinks, along with another snuck bottle of vodka soda in the Topo bottle in my friend’s purse, and we headed back over to the Pepsi stage for Wavves. I like Wavves, and maybe now more than ever since they denounced Heathcliff a few months ago for being a dickbag. Just before the band played “Green Eyes,” a friend found me in the crowd, and she had a blunt. Wavves closed with “King of the Beach” and it was finally starting to feel like I was at a music festival. I was getting drunk and high and the music was good and the rain had stopped. It was almost five so it was time for me to head back to the media lounge for my happy hour.

I got a vodka drink and a couple tacos (thanks for treating press right, Lolla), and then it started pouring again. I took shelter under the empty Vocalo tent with Michelle from Chicagoist. We talked about past Lollas, how she hated Wavves a couple years ago but loved them this time, and how I’m going to interview Bloc Party like a decade after their good album came out. We shared an interest in Potty Mouth too.

The rain stopped, I grabbed another vodka drink to-go, and caught the last few songs of Kurt Vile’s set. I am pretty sure that everyone here was from the Southwest suburbs. Sox fans. 815ers. “Pretty Pimpin.”

Then The 1975. To be honest, I love overwrought John Hughes ballads from the UK, so I was looking forward to this set. But for how self-assured this band looked up there, with their oval wire-frame glasses and David Byrne-grey suits, it didn’t really move the crowd. I was expecting to hear all of the high-treble screams, but, no. It was a mediocre reaction to a mediocre sound. I was disappointed.

So I ended my night with Cashmere Cat, a brilliant electronic producer and daringly bold DJ. A brief a cappella version of “I’m A Flirt” was not lost on me, and a couple Life of Pablo tracks really made this Chicagoan’s night. I had that first sense of, “Oh my God, is Kanye gonna come out? Is Chance?”—but no, it was just Cashy for forty-five minutes, and it was great. I lost all my friends, but my phone was dead anyway. There are three more days of this nonsense still, we’ll find each other again.