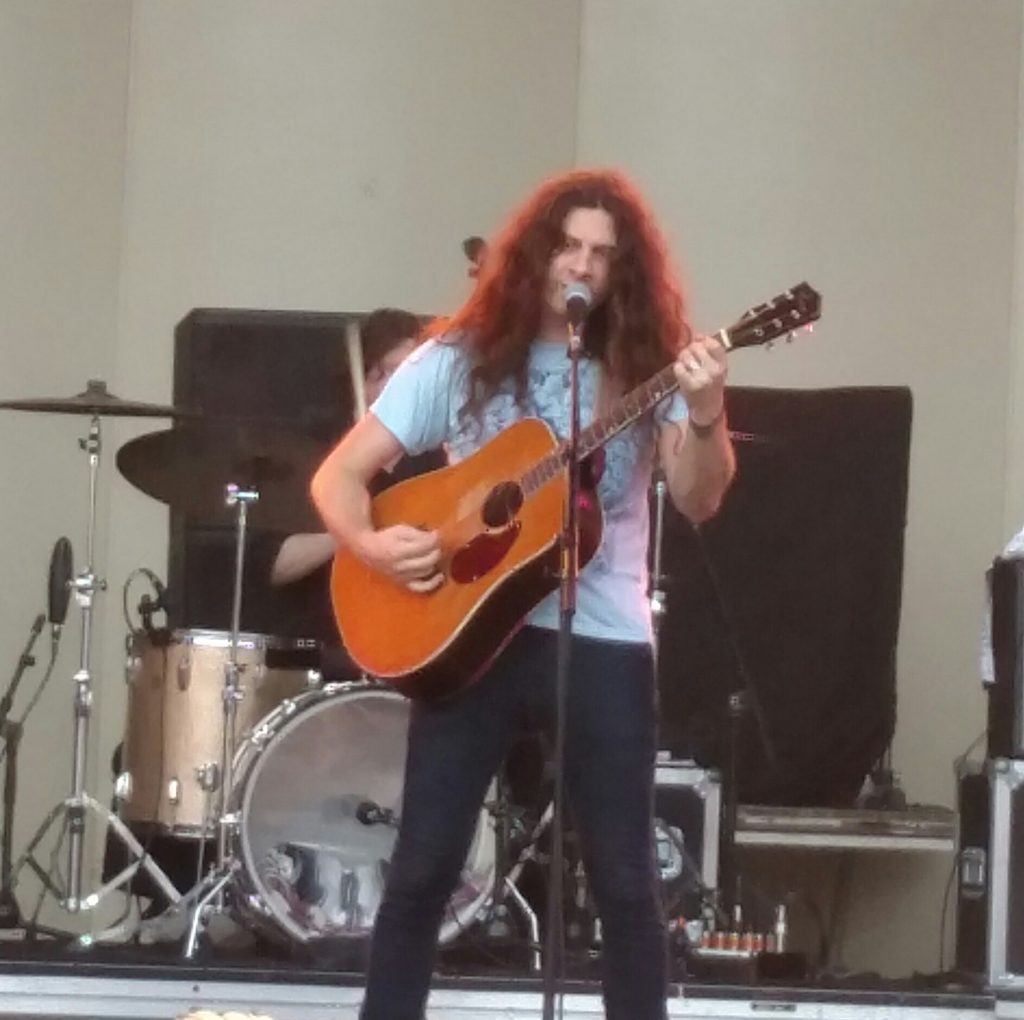 “This next song is about the sun coming out and shit,” is how Kurt Vile introduced “Wakin on a Pretty Daze,” the title song from his next-to-most-recent album. After rain chopped his Pitchfork set last year down to twelve minutes, KV and his Violators had to be pleased to get a full hour of music in at the Petrillo stage at Lolla. Both daze and haze met in the weather and sound, with Kurt emphasizing his stoner groove and eschewing freak-folk fluff or guitar army. The audience swayed in the post-storm blurry twilight that matched the smoke generated by the band, machines and crowd. While sometimes he can come off as too much of an auteur, and there may be too many “yeah, yeahs” for some, Kurt was virtually all business here, carrying the weight of each song and driving it with chimey bursts on guitar, banjo and fuzztone electric guitar to create a happy groove for those who had weathered the rains. He got the crowd fired up for “Pretty Pimpin” from last year’s “b’lieve i’m goin down,” counting down how an entire week can go past before he figures out who the stupid clown is in the mirror. Thankfully, the rain continued to hold off, permitting KV to deliver a strong, measured, gently propulsive set paying musical and lyrical homage to Otis Redding, Sam Cooke and Bruce Springsteen along the way.

Kurt Vile was not the only indie veteran out in the rain on the opening day of the twenty-fifth anniversary of Lollapalooza today. Chris Keating of Yeasayer noted, “Can you believe, it is our third time playing Lolla? We feel so old.” Since 2009, when they first played the fest, the band has seemingly reduced its Middle Eastern-tinged swirling psych for a more laid-back, jam-bandy, drumbeat-driven sound exemplified by its new album, “Amen & Goodbye.” The new music definitely took the predominately youthful crowd on a happy, gentle, somnambulant carpet ride on a muddy infield.

2009 was also the year Nathan Williams of Wavves freaked out from what he called a bad dose of ecstasy and valium at the Primavera Sound festival in Barcelona, and could not finish his set. This became a pivotal moment for Nathan, who had pretty much been a one-person show (albeit with a drummer) for his California-surf, sunny-day, power-punk indie project. Meeting and ultimately bringing on members of Jay Reatard’s band in Barcelona, Wavves morphed into a more garagey and harder sound.

The current version of Wavves has moved a bit closer to the harder-edged Green Day end of the pop-punk spectrum, which is exemplified somewhat by Nathan’s recent collaborations with Dylan from Cloud Nothings, another band that segued toward a more popular (rather than pop) version of mainstream indie rock. Still, the syrupy and vicious “In the Sand” was sufficient to ignite.

Can’t wait to see the congealed mud and destroyed turf, and hear what comes my way tomorrow.