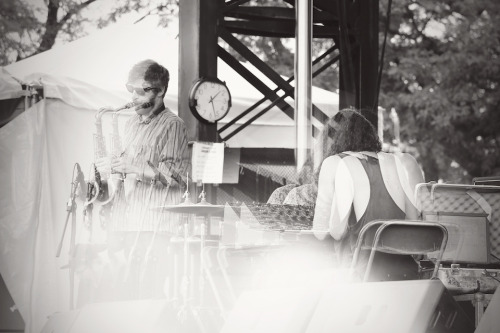 I’ve always thought of myself as more or less a model citizen although, of course there have been exceptions. I’ve stolen towels from hotel rooms, jumped a turnstile here and there and, like anyone else, I keep drink cups from Panera and then carry them around with me in my backpack so I can refill my iced tea later at other locations without paying again. But overall I’m generally on the straight and narrow path. Until last week.

My wife and I were in a restaurant with a cash-only policy. I didn’t know it was a cash-only restaurant when we entered and in fact I would never have entered had I known ahead of time that they had this policy because I’m against it. I mean come on, it was a long road from bartering to credit cards, and I was thinking that the next logical step was something cool like paying with a retinal scan or those credit chips they had in Buck Rogers, something like that—not going back to carrying large sums of cash on our persons.

So I was annoyed as I shuffled over to the ATM to obediently pay the fee for foolishly having chosen this restaurant. I was about halfway there when I looked around at the crowded room, did some quick calculations and thought, shit, they must have twenty-thousand in cash here at the end of the night. At least.

I stopped in my tracks, my eyes narrowed, my posture slumped a bit and I started rubbing my suddenly clammy hands together and accidentally said out loud in a voice no longer mine “That’s quite a haul.” It occurred to me that, this being America, I could probably go back to my table, order a gun with my phone, have it delivered, pay for it in cash and knock the place over and be on my merry way in a half hour.

But of course that’s not how it works is it? I’ve seen “Pulp Fiction,” after all. Plus my mother was always fond of saying, “Don’t knock over restaurants!” So I got my cash, returned to the table, paid for the meal and ended my criminal career before it began. But, I do have to say, it would be criminal of you to miss these live music events this month.

“Cosmic Garden in Bloom”
The Garden of Cosmic Speculation in Scotland is, as a garden should be, inspired by modern notions of cosmology. It’s not plant-heavy but is instead filled with sculptures and landscaping meant to conjure up images of cosmic wonders like black holes and fractals among other things. As you would expect, everything in the garden is also mathematically placed according to some algorithm that folks like you and I could not possibly understand. I bring this up because it’s the inspiration for Michael Gandolfi’s “Cosmic Garden in Bloom,” a large-scale orchestral work that will have its world premiere at the Grant Park Music Festival the first weekend in August. Gandolfi is a wonderful composer, it’s a fascinating concept and this should not be missed for any reason. The great C Minor Mass of Mozart, who was no slouch himself, rounds it out.
August 5, 6:30pm and August 6, 7:30pm at Millennium Park’s Jay Pritzker Pavilion, 55 North Michigan, $25-$89.

Bitchin Bajas & Friends Play Terry Riley
For the sixth year in a row the Bitchin Bajas invite special guests to join them for a performance of Terry Riley’s seminal work, “In C.” If you caught their performance last year at Pitchfork, you know they’re masters of drones and immersive, synthesized ambient sounds, which is to say that they’re the aesthetic grandchildren of Riley in more than one way. This performance also includes video.
August 7, 8:30pm at Constellation 3111 North Western, $5.

Chicago Composers Orchestra Club Night
An invention of Gabriel Prokofiev (grandson of the famous Russian composer Sergei Prokofiev), club nights feature performances by DJs interspersed with sets by live, generally acoustic classical ensembles. They’ve been a big hit in London where Prokofiev resides, and the CCO has had great success with the concept in Chicago as well. This club night also serves as a preview of their upcoming concert season.
August 14, 8:30pm at Constellation, 3111 North Western, $10.

Here and Now II
The penultimate concert of the summer Rush Hour series features Fulcrum Point New Music Project in works by Chicago composer Mischa Zupko and Ensemble Dal Niente performing music by AACM composer George Lewis. Both composers have a hard-edged sensibility so this concert will not be easy listening by any means, but they’re both thoughtful artists with something to say and the adventurous listener will be rewarded.
August 23, 5:00pm at St. James Cathedral, 65 East Huron, free.