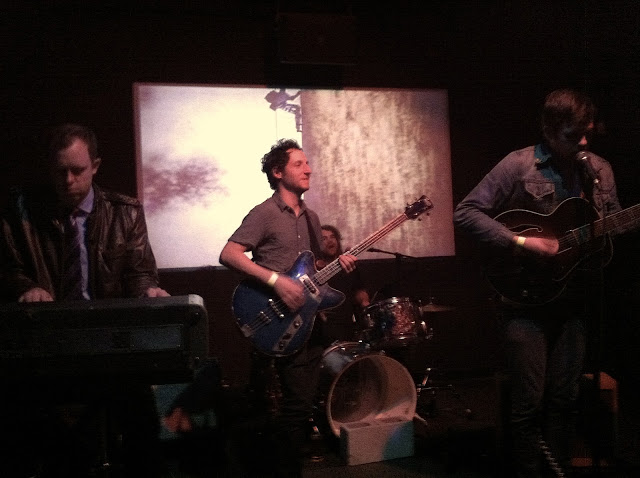 Baiting baselines, relentless guitar solos and a name that reads as if our skeletal infrastructure is overrated—Uh Bones is an unbeatable blend of sixties cool and snarky grit. This Chicago garage band taps into psychedelic influences with foot-stomping vitality (and a touch of old-school organs) to pull off an effortless sound worth checking out.

With tracks from their EP like “Amess,” you quickly realize this band is anything but. Listen to it alongside The Kinks’ debut album and it’ll seem as if Ray Davies and Uh Bones frontman Luke Trimble are one and the same, with their tell-it-to-you-straight style. The local band’s tongue-in-cheek lyrics have a charming blatancy that’ll have you smirking from ear to ear. In “He’s Got It,” Trimble sings, “It’s terrible news, terrible news / That he’s handsome / He’s breaking the rules, making his move / ‘Cause he’s handsome.”

More recently, the band’s 2015 full length album, also produced by Chicago-based Randy Records, is a blend of recent artists like Ty Segall and Allah-Las with moments nodding to classics like Them circa ‘65, sans harmonica.

The album’s songs are short. “40 Ways to Go” is just a minute long, grazing past the forty ways of impending demise the title suggests, to land on just the one. “What am I to do / You’re still in my eyes / It’s how I’m going to die.” Paired with the song’s upbeat, almost flirtatious intro, these dark lyrics are stripped of heartbreak. Coated with the band’s never-ending delivery of sheepish charm, they’re almost an afterthought. All of their songs share this shrug-it-off mentality, building to countless guitar solos that carry the weight of their work. Tracks like “I’ll Never” end with a bang that (fingers crossed) will be full-blown live.

For the past few years, Uh Bones has been performing shows alongside fellow noteworthy Chicago artists, from Twin Peaks to The Bingers, with lively, unhinged performances. If you’ve missed them at more recent gigs like Wicker Park Fest, make your way to The Empty Bottle for what the band self-identifies as “living-room rock,” as they open for Frankie and the Witch Fingers. (Kathleen Caplis)