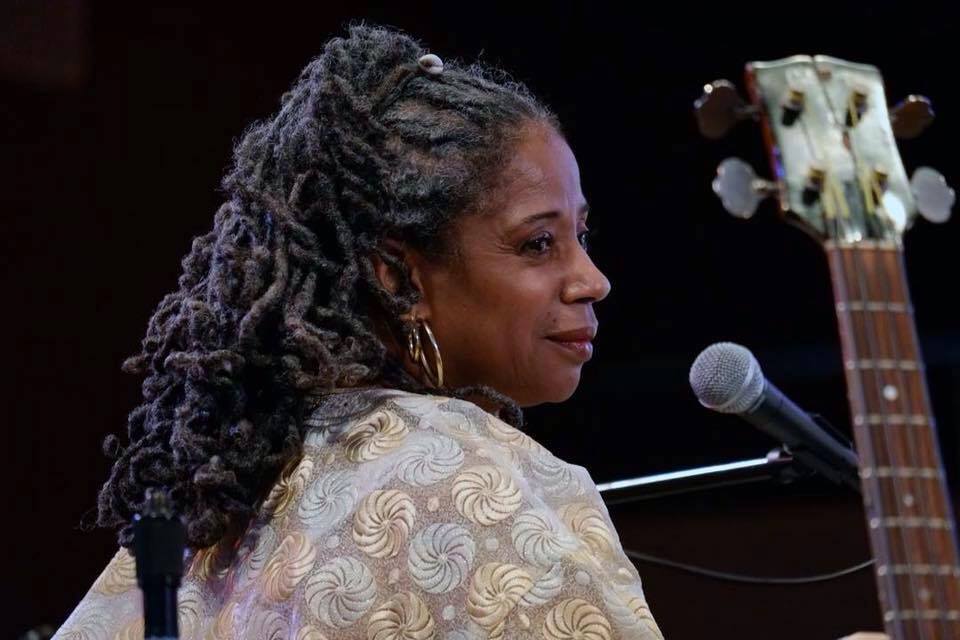 For every female student at Kentucky State College (KSC), Sundays meant mandatory chapel in dresses only. So how did Ann E. Ward, a 1967 Englewood High School graduate, respond to this rule?

“The school was angry at me because I was wearing pants, desert mules and a poncho,” Ward recalled in “A Power Stronger Than Itself,” George E. Lewis’ historical magnum opus about the Association for the Advancement of Creative Musicians (AACM). Soon Ward’s responses to more serious happenings around her would assume a deeper hue—as after Dr. Martin Luther King Jr.’s assassination on April 4, 1968.

“We [students] were… big city kids, all dumped here in Frankfort, so we were pretty volatile,” Ward told Lewis. “Now we were into Black Power…”

After leaving KSC, Ward returned to Chicago. She sang with the Ken Chaney Experience from 1973 to 1976 and then started studying both texts about improvisation and Bill Evans transcriptions in her quest to learn and play jazz the way she wanted. Her singing and piano-playing attracted attention from Rita Warford, an AACM member who would co-sponsor Ward’s petition to join the organization.

Ward, who would eventually become chairman at the AACM School of Music, died on July 18 at sixty-seven. To honor her (s)heroism, the AACM’s Great Black Music Ensemble will present “A Tribute to Ann” on September 4.

“‘Mama Ann’ was a beautiful spirit. I learned a lot from her,” says vocalist Saalik Ziyad, who first studied with Ward twenty-eight years ago at the AACM School. “She always told me to go for it, to always want more as a performer. She would always ask me, ‘What are you waiting for? Bring it!'”

Ziyad—who sang with Ward, Dee Alexander and his father, Taalib-Din, in the AACM’s Vocal Ensemble—is currently composing a song to celebrate Ward’s persona.

“It’s going to be about love and feelings of peacefulness. She was all about love, as she would do anything for the AACM and the children,” Ziyad says. “I will use her name and phone number in the tune. Her phone number actually turned out to be a nice bass line.”

Taalib-Din Ziyad, who met Ward forty years ago at a vocal workshop she taught, noted that her desire to reach back and pull others up defined her life.

“She was a strong supporter in helping women get their voices out more,” he says. “Ann was one of the strong pillars of the AACM. She had a great, wise encompassing influence on the black community through her music and teaching. She was always about teaching the children, not just about music, but life.”

Saxophonist Ernest Dawkins is also composing a song in Ward’s honor. Dawkins notes that he and the late trumpeter Ameen Muhammad also championed Ward’s inclusion into the AACM. Ward’s production, he says, proved fruitful from the start.

“She came in hitting the ground running in terms of leadership at the school,” Dawkins says. “She will be irreplaceable. Now someone has to step up. It’s step-up time.” (Corey Hall)