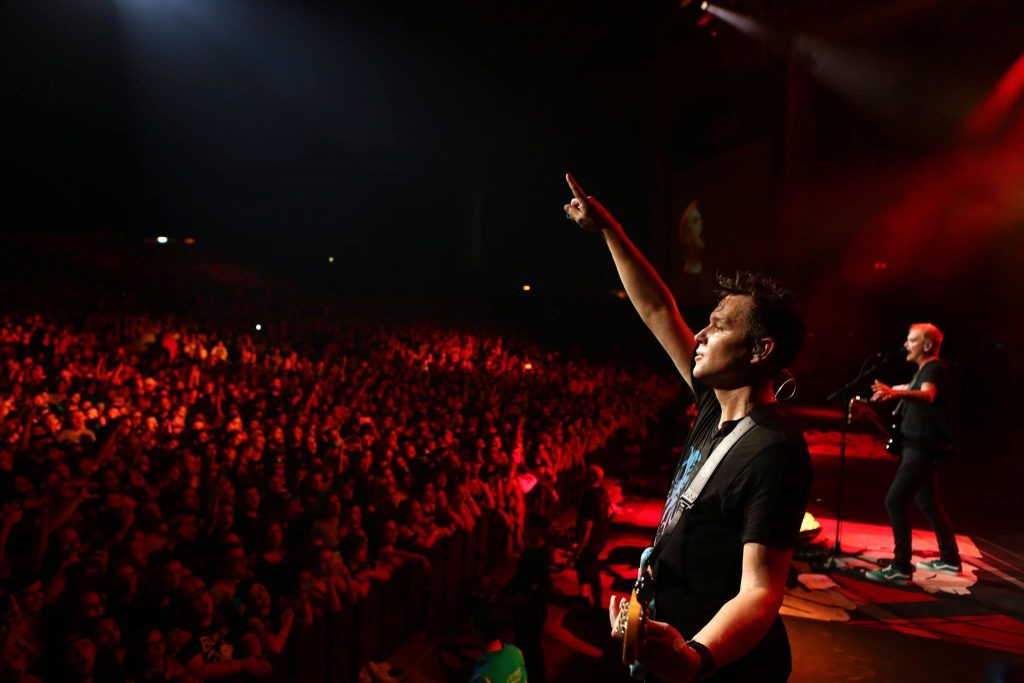 We all get nostalgic for the carefree days of our youth sometimes. That seems to be Blink-182’s goal with its new album “California.” The band’s first record without founding guitarist Tom DeLonge is a throwback to its early days of happy-go-lucky pop-punk and running around naked. Don’t worry, it leaves behind the dick and fart jokes (with the exception of two brief joke songs about nude dudes). Instead the guys spend most of the album talking about girl trouble (“She’s Out of Her Mind,” “Left Alone”) and being little hellions (“Kings of the Weekend”). Sometimes they sound like the guy who hangs around high school after graduation.

The return to “classic Blink” is a treat for longtime listeners, but results in lackluster material. Most of the songs are overwhelmingly okay. They don’t grab your attention like the heavy-hitting “Los Angeles,” with its killer hook. Tunes like “Sober,” “No Future” and “Rabbit Hole” sound generic and follow the same formula: upbeat music, lots of energy, simple lyrics. They’re enjoyable but not memorable. A few grow on you over time, like lead single “Bored to Death,” but it’s still very standard and predictable—it doesn’t get you excited like their past material. There are few strong points on the album, such as the punchy opening track “Cynical” and the insanely upbeat “The Only Thing That Matters,” which sounds like it was ripped from the band’s second album, “Dude Ranch.”

As we all realize when we grow up, things must change. Considering “California” is the first new album after a very public breakup with a key member, it’s very satisfying merely in that it feels like a Blink-182 record. But it doesn’t stand up to stellar predecessors like the eponymous third album and “Enema of the State.” Still, many of the songs will transfer well to a live setting, with hooks that beg to be shouted at the top of your lungs. To fans packing the twenty-eight thousand seats at the Hollywood Casino Amphitheatre, it won’t matter if things change. (Ashley Perez)