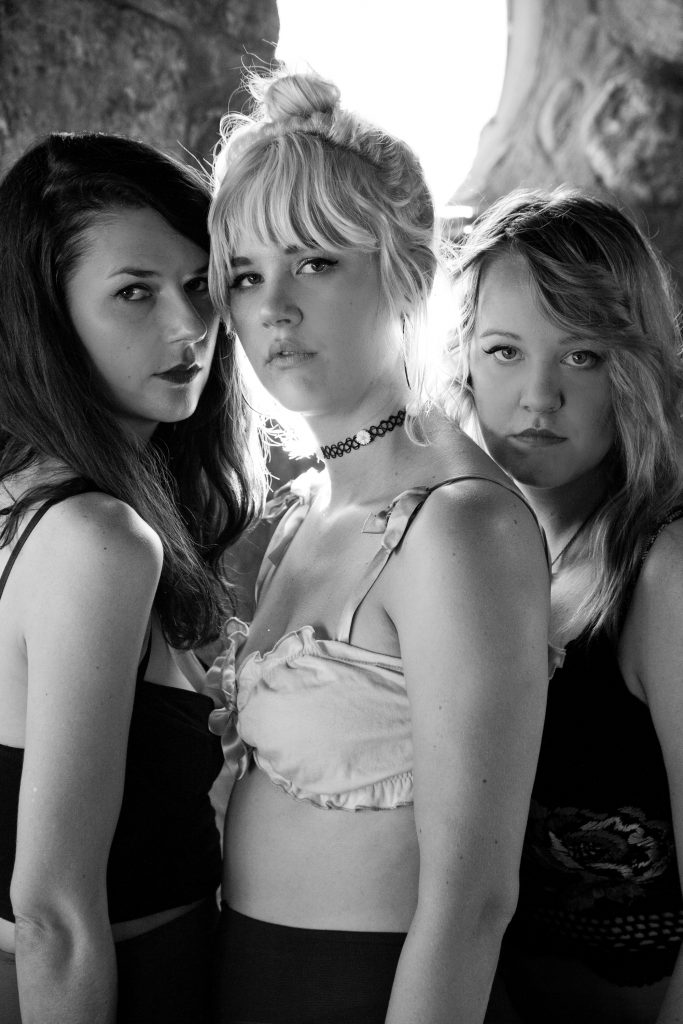 While Riotfest is the last major Chicago music festival of the summer, it has fast become the best. Now in its second year at Douglas Park on the West Side, the three-day event (September 16-18) covers a wide range of rock ’n’ roll genres, featuring the reunited original lineup of punk icons Misfits, The Smiths lead singer Morrissey, ska legends The Specials, the first riot grrl Kathleen Hanna in The Julie Ruin with her killer mentees Sleater-Kinney plus a whole lot more.

With Sunday’s absolutely can’t-miss lineup, you better start your pogo-ing early and come out to see Bleached, whose repertoire ranges from the kind of jangly garage punk that’s perfect for a sunny festival day to pulverizing, propulsive Ramones/Runaways-infused pop-punk songs about relationships.

I spoke to the founders of Bleached—sisters Jennifer and Jessica Clavin (whose first band was the genre-bashing diy punk outfit Mika Miko)—about their growth as artists, the relevance of vinyl, their new album, “Welcome the Worms,” and whether or not it was proper to play a cover version of a song by a band who’ll also be playing the same day at the festival. And if any Misfits are reading, I think you would definitely be welcome to join Bleached for a song or two.

How do you characterize your sound?
Jen: Rock ’n’ roll punk, pop punk, power punk with a lot of great rock ’n’ roll melodies.
Jessie: Our sound has progressed and gotten bigger over time—a mix of Motörhead and The Rolling Stones.

What’s up with the title “Welcome the Worms,” anyway?
Jen: We were almost done with recording the album and boggling our mind to come up with a title. I had been doing psychedelics all day with friends and was still high on mushrooms when a couple handed me a handmade freaky religious pamphlet with the words “Welcome the Worms” on it. I thought “Holy fuck, that is perfect for the album”—which has a dark edge to it. Then the next day, after things wore off I still thought it was a great idea (laughs).
Jessie: It also sounded like the title for the lost Metallica album.

The songs on the new album have powerful emotions to them.
Jen: The songs are about a lot of what I’m going through and what my friends are going through, but leave it vague [in terms of who is going through what]. At the time we recorded the album we went to the desert and I was struggling with my relationship with LA and the people in it. I thought “Fuck it, I want to be really honest right now.” When I play I could finally hear my own thoughts about what I wanted in life and what type of life I wanted.
Jessie: And by playing the songs over it’s a form of therapy. Take a traumatizing experience and you retell the story so many times that it doesn’t affect you anymore.

When you did “Ride Your Heart” (Bleached’s first album) and “Welcome the Worms,” did you think about the vinyl version of the record as important?
Jessie: We love vinyl. When I was a kid my mom gave me a Big Bird turntable and five records and I played Cyndi Lauper and the Bangles over and over again.
Jen: Some of my best nights have been sitting around drinking red wine and listening to records with friends, and I think about those experiences when I decide the order of songs. I also try to think about how the Stones ordered “Aftermath.” It’s really important because there are two sides and each side tells its own story. When you flip the record over, which vibe do you want? There can be hit singles on the A side, but I always want the best song on the B side.

As performing artists, how do you approach festivals as opposed to a show at a smaller venue where you headline?
Jessie: I think the difference is that at a festival at least fifty percent of the crowd has never seen you before. Knowing that fact, I wonder what they’re thinking. We try to take advantage of the time we have—give everything we have and go crazy!

You cover a lot of Misfits songs, so I suspect you’re excited to play with them at Riotfest.
Jen/Jessie (in unison): We are so excited!
Jessie: I kind of don’t think it will happen until it actually happens.
Jen: I hope I don’t die before the show happens and I get to see them.
Jessie: We do cover Misfits a lot; I’m not sure if it is okay to cover them when they’re about to play. Is it respectful or disrespectful?

I think it’s fine. At Coachella, Guns N’ Roses did their cover of “New Rose” even though The Damned (who originated the song) played it just a couple of hours before. I couldn’t tell if it was an homage or if GNR even knew. Maybe Misfits will come out and join you?
Jen: It would be awesome to have Danzig come out, but it will never happen.