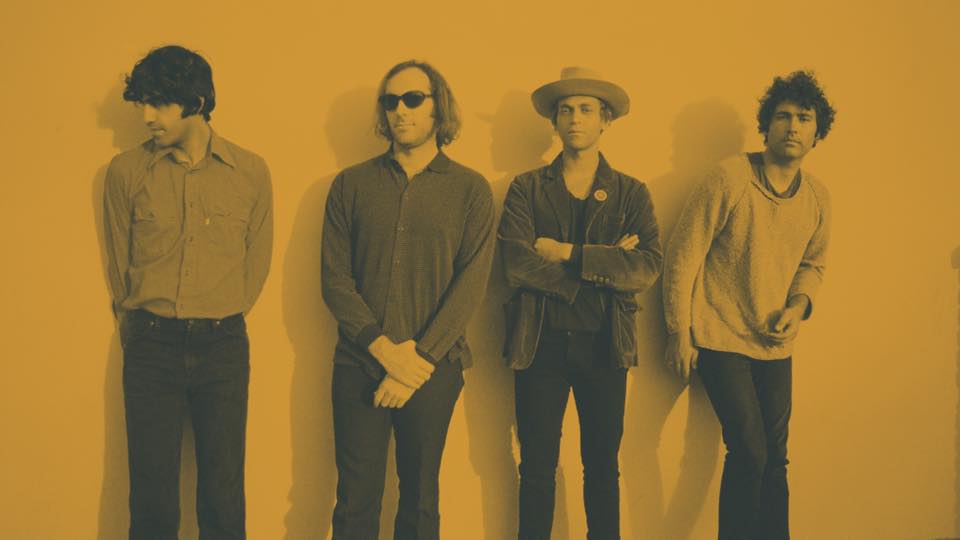 Allah-Las’ sound has clear antecedents in the garage and psychedelic rock scenes of the mid 1960s, but the band is careful not to make too much of that connection. “I think there’s a certain shared musical consciousness,” says bassist Spencer Dunham. “But the sixties were a very different time period. I wouldn’t say that I feel like we’re doing the same thing now. The musical environment is so different that there isn’t a lot of commonality. High-school groups were playing Battle of the Bands when that was all new. Now there’s Facebook and YouTube, and anyone can do anything.”

The group favors vintage instruments both in the studio—as on its newest release, “Calico Review”—and onstage. But even here Allah-Las doesn’t go overboard. “Most older instruments—particularly amplifiers—have a sound that you can’t recreate with modern technology,” Dunham says. “There’s a certain aspect to all that, but you can only take it so far.” The songs as presented onstage give modern-day listeners the most authentic re-creation of what it must have been like to see bands like Love at legendary Los Angeles venues such as Pandora’s Box and the Whisky a Go Go.

All four members of the Los Angeles-based group were born long after the sixties were over; but they discovered the music that would influence them and bonded over their shared appreciation of it. “A few of us worked at Amoeba Music in Hollywood,” recalls Dunham. “During that time we found lots of new music. And because classic rock wasn’t interesting enough to us, we would find bands that were less popular.”

That’s probably an understatement. The group’s first single, “Long Journey,” was a cover of an ultra-obscure forty-five by a Fayetteville, North Carolina artist named Dayv Butler. But on each of their three albums, Allah-Las has showcased their own original take on the styles of a half-century ago. Occasionally that means bringing in extra musicians to provide sonic textures beyond the rock quartet.

Live onstage, though, Dunham and his band mates—guitarist Miles Michaud, multi-instrumentalist Pedrum Siadatian and drummer Matthew Correia—capably create both that vintage vibe and the sound of the group’s studio recordings. Concertgoers who would enjoy a trip in the Wayback Machine while keeping one foot in the present will appreciate Allah-Las. (Bill Kopp)