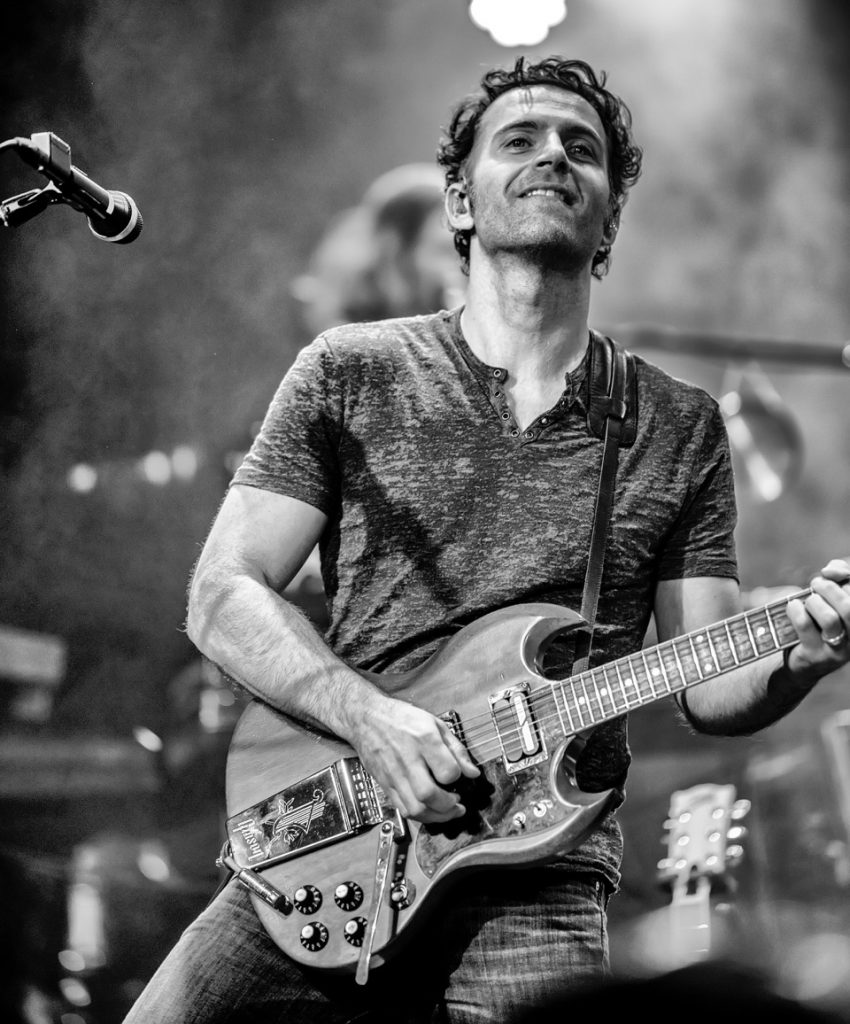 Recent (and very public) disputes between the Zappa Family Trust and guitarist/bandleader Dweezil Zappa have put a spotlight on extra-musical matters. But the eldest son of twentieth-century musical iconoclast Frank Zappa is determined to put the focus squarely back on the music. For legal reasons, Zappa’s current group is called Dweezil Zappa Plays Whatever the F@%k He Wants (in conversation, Zappa replaces those characters with the actual expletive), and the run of concert dates is billed as the Cease and Desist Tour.

The controversy centers around disagreements with the Trust (run by siblings Ahmet and Diva Zappa) on one side, Dweezil and his sister Moon on the other. From Dweezil’s point of view, ZFT is making unreasonable demands for a share of the profits from his touring and merchandise sales. The disagreements have been shared via “public letters” published first by Ahmet on behalf of the Trust, and then in the form of similarly public replies by Dweezil.

Dweezil Zappa has accommodated and/or worked around the disputes to his own satisfaction; one major concession he made was abandoning the Zappa Plays Zappa moniker for his touring band. He briefly tried calling it Dweezil Zappa Plays the Music of Frank Zappa, but he says that didn’t satisfy the Trust, either.

All that aside, the current tour features Dweezil’s accomplished band playing the late Zappa’s music, with a few of Dweezil’s own tunes put into the mix. Longtime Frank Zappa associate Ike Willis will be joining the tour; Willis played guitar and sang on some of the elder Zappa’s most popular albums, including 1979’s sprawling “Joe’s Garage” set. With Willis on hand, Dweezil’s band is likely to sound even more like his dad’s groups; the impossibly intricate music demands staggering instrumental proficiency as well as a willingness to take part in a kind of controlled musical spontaneity.

But Dweezil does more than pay tribute to the work of his dad, who died of prostate cancer in 1993. Dweezil’s latest album is “Via Zammata’,” a stylistically varied collection that veers between the technically knotty style for which the elder Zappa is known, baroque semi-classical work, and straight-ahead pop-rock. In its own way, “Via Zammata’” is every bit as much a musical assortment as the body of work Frank Zappa created during his lifetime.

When he’s not touring—or responding to “public letters”—Dweezil remains busy with other musical pursuits. He recently took part in Crown Guitar Workshop & Festival’s “Excel with the Masters” program in Montana; there he shared his ideas on how to make the most of one’s skill set on the guitar. After this tour, his plans include premiering an original orchestral work in Europe. Without a doubt, his old man would be proud. (Bill Kopp)