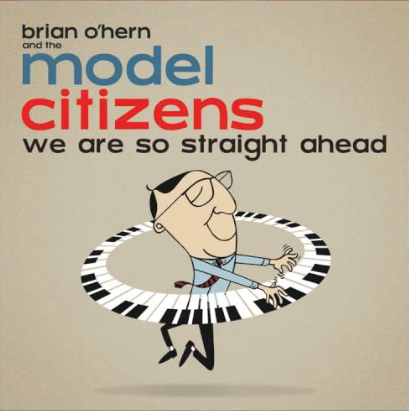 The shaggy charm of Brian O’Hern and the Model Citizens, so irresistible to the crowds who flock to their monthly Mondays at Gallery Cabaret, has always been a little bit suspect to me; how can a baker’s dozen of big-band players be so amiably, hilariously loose without ever… you know, fucking up? The Citizens’ new CD release, “We Are So Straight Ahead” allows for the kind of concentrated listening that confirms my suspicion: the apparent shambolic nature of the Model Citizens is in fact incredibly tightly orchestrated to give that effect—like a bunch of topflight stuntmen filming a barroom brawl.

The album opens with “On the Other Side,” which literally blares to life as a kind of discordant, brassy funk tune; it might be the theme song to any seventies TV show ever made. After a few nimble, pimp-walking solos, it goes out with a subtle piano chord—then burps; echoing the discordance at the beginning. If this is chaos, it’s chaos thought out to the nth degree.

“My Baby” gets rolling with a swinging, Ellingtonian piano theme; then the horns come elbowing in at just after the half-minute mark, like Olympic gymnasts cutting loose in after-competition displays. The whole thing brakes to a halt just long enough for O’Hern to squeak out the title, then roars back into motion again.

The album is so aggressively playful you may have trouble keeping up with all the quotations and references it tosses out, like coins from a balcony. “My Baby” alone ropes in a few bars each from “Anchors Aweigh,” “The Marines’ Hymn” and Chopin’s “Prelude In C Minor.”

The program rounds out with “The Star Spangled Banner”—recorded of course before Colin Kaepernick made the song’s status as our national anthem a matter for reconsideration (and dinner-table contentiousness). The Model Citizens manage to leave their mark on it in a kind of three-sheets-to-the-wind, slip-and-slide performance that’s kept together only by the relentless drumroll beneath it. Eventually even that gets ripped away like a bandage, and everything collapses; and a final grasp for glory ends in a wilt, and a gunshot. You end up wondering whether the Citizens are actually saying the same as the 49ers quarterback. And if that’s the case, we’ve all got some thinking to do.

But no worries; while we’re at it, we’ve got this album of gorgeous, merry mayhem to listen to.

“We Are So Straight Ahead” is available for purchase or download through the usual channels. Brian O’Hern and the Model Citizens play the third Monday of each month at Gallery Cabaret, 2020 North Oakley. 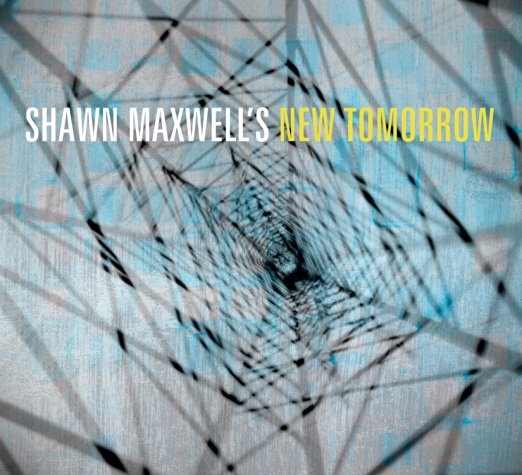 Another local bandleader, Shawn Maxwell, is back with a new album and a new, smaller outfit. “Shawn Maxwell’s New Tomorrow” doesn’t have any trouble establishing an identity apart from 2014’s ten-member “Shawn Maxwell’s Alliance;” where the earlier album was more of a richly textured ensemble outing, here we’ve got a stripped-down program designed to show off the chops of its powerhouse players.

“Embraceable Excuses” is a bold, jazz-funk declaration over a single chord; the insistent repetition of that single root allows the various members of the ensemble to go whirligigging all over it, in bravura runs and improvisations. Special hosannahs to Matt Nelson on Wurlitzer, Victor Garcia on trumpet and Maxwell himself on sax.

“Work In Progress” sounds like anything but. The tune is a sly, back alley creeper that bassist Junius Paul packs up in his case and just carries away. His solo is so deftly seductive that when he pauses to hang on a note, you don’t breathe; he’s got your whole respiratory system in synch with his axe. Maxwell comes running after him hard, and some of the wailing he delivers has that slicing-through-the-cerebral-cortex quality that momentarily makes gravity seem like not so much a law as a suggestion.

“Inside Back” takes on a more loungy feel with a luxe intro from Maxwell, Garcia and pianist Matt Nelson. But it quickly turns its 5/4 tempo to good use, piling up a series of intermittent ascending progressions that, in a real lounge, would probably induce every patron to turn his or her head in an excuse-me-we’re-trying-to-talk-here kind of way. But the conversation between the band members is far more scintillating than anything you might have to say, with Maxwell in particular proclaiming ecstatically while Nelson unspools yards of tonal glory beneath him.

The album ends with a little free-for-all called “Bye For Now,” where everyone beats, blows or bangs in his own idiosyncratic manner. It’s the sound of sheer anarchy—what Brian O’Hern and the Model Citizens slyly pretend at. I’m not sure about that title, though; if Shawn Maxwell keeps true to form, his next album will be a whole ‘nother thing with a whole new crew; which would make this final cut more appropriately “Bye Forever.” But in the meantime we can say “Hello again” to this one, by going right back to the first track and starting over.