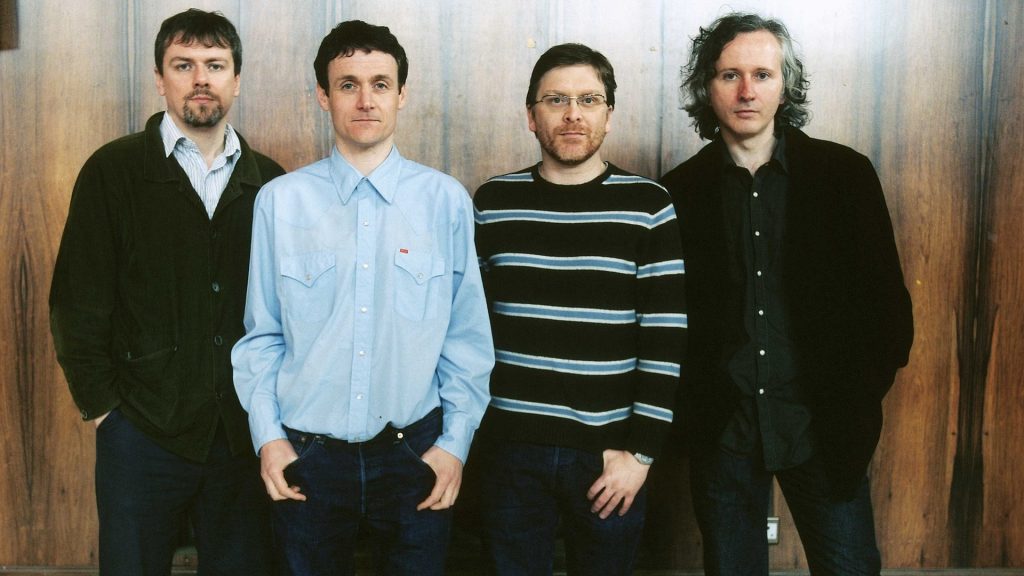 It’s often forgotten now, but way back in 1991, when Teenage Fanclub released its third album, “Bandwagonesque,” it looked for a time like the Scottish group was destined to be the Next Big Thing. It didn’t quite work—Nirvana claimed that title—but the shaggy Scots persevered, creating a long string of wonderfully wooly albums.

Teenage Fanclub did everything right, and it’s not difficult to imagine an alternate universe in which tunes like “The Concept” and the irrepressibly charming singalong “What You Do to Me” would have become massive hits, while “Nevermind” languished in relative obscurity. Both bands were, in fact, signed to the same label, DGC; but the fame went to the trio from the Pacific Northwest, and despite “Bandwagonesque” being named Album of the Year by Spin, worldwide domination wasn’t in the Fannies’ future.

But as time went on, they got even better. 1993’s “Thirteen” took its name from a classic song by Big Star; the then-still-obscure group had exerted a mighty influence upon the group’s three primary songwriters. Teenage Fanclub’s songs were full of sly, knowing asides, sometimes conveyed in the song titles themselves: “120 Mins,” “Commercial Alternative.”

And 1995’s “Grand Prix” is a highlight among uniformly excellent Teenage Fanclub albums; with tracks like “Sparky’s Dream” and “Verisimilitude,” it’s perhaps the group’s finest outing ever. The quartet’s love of wordplay shines through—again with the song titles—on cuts like “Neil Jung” and “Mellow Doubt.”

Along the way, Teenage Fanclub released a number of singles and limited-run sets; dig into any of those and you’ll discover all you need to know about the group’s influences. Covers one might not expect—The Beatles’ “The Ballad of John and Yoko,” Phil Ochs’ “Chords of Fame”—are scattered among their output. And in a lovely tip of the hat to the group, another cult act, Velvet Crush, wrote and recorded a song of their own (a tribute?) that sounds more like the Fannies than they do themselves:“Star Trip” from “Teenage Symphonies to God.”

But while critical accolades would follow most every Teenage Fanclub album—there have been more than ten so far—they’ve never quite hit big time. But they’ve carved out a niche among music lovers who appreciate irresistible hooks, creamy harmonies and just enough ragged, raucous guitar to keep things interesting. Teenage Fanclub doesn’t take many stylistic risks on their latest album, “Here,” though they do introduce some subtle use of trumpet into the mix.

Fans of absolutely anything the group has ever done will find plenty to like on Teenage Fanclub’s newest record, and since the band visits the United States rather infrequently, the opportunity to see them live onstage should not be missed. (Bill Kopp)