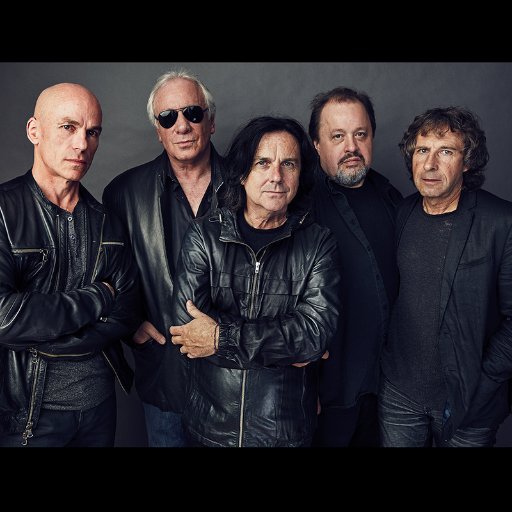 Formed in 1979, modern progressive-rock group Marillion got off to an auspicious start: the band’s first and second albums—1983’s “Script for a Jester’s Tear” and the 1984 release “Fugazi”—both top-tenned in the group’s native UK. Their third album, “Misplaced Childhood” (released 1985) was Marillion’s breakthrough; it hit number one in the UK and rose to forty-seven on the US album charts, partly on the strength of its single, “Kayleigh.”

Marillion would appear only once more on the US album chart, in 1987. After that record, lead vocalist Fish left for a solo career, apparently taking with him whatever transatlantic commercial draw the band had. But Marillion’s popularity has persisted in the UK; their eighteenth and latest studio release, “F.E.A.R.,” hit number three on the British album charts.

The band quickly replaced Fish with lead vocalist, multi-instrumentalist and songwriter Steve Hogarth, and the lineup stabilized; there hasn’t been a single change in Marillion personnel since 1989. Like many Marillion albums, “F.E.A.R.” is built upon unifying thematic elements; in this case the album deals with the downside of rugged individualism. Lengthy suite-like pieces—“El Dorado,” “The Leavers” and “The New Kings”—form the musical basis of the record suggesting comparisons with Yes, but the sweeping space-rock of Pink Floyd is a musical touchstone as well.

Marillion’s current tour takes the group to about a dozen venues across North America; the band’s two nights at The Vic feature opener John Wesley, the American guitarist-vocalist best-known as a member of the live lineup of Porcupine Tree.

For Chicago fans of progressive music, the Marillion shows will make an excellent addition to a prog-themed week: across town on October 21-23, Reggies Chicago is host to Progtoberfest II, an all-star progressive-rock festival featuring Brand X, Carl Palmer’s ELP Legacy, Mike Keneally’s Beer for Dolphins and many more including Chicago’s own District 97. (Bill Kopp)