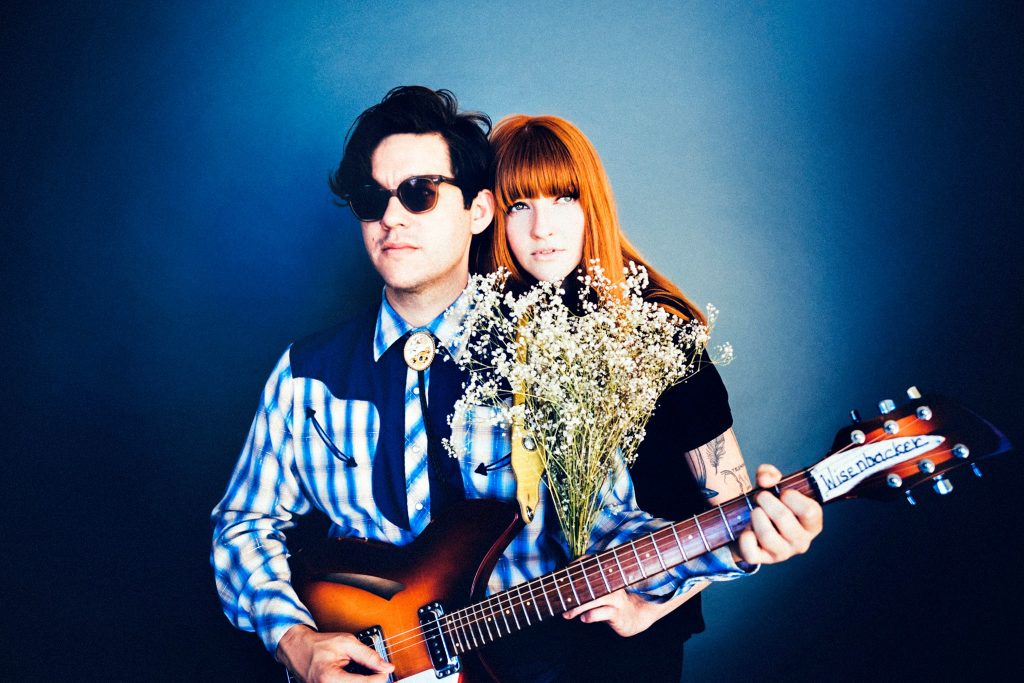 What started off as a side project became a full-time gig for La Sera frontman Katy Goodman. Stemming from her lo-fi indie roots, Goodman created the group in her early twenties while playing bass for the Brooklyn-based noise-pop band Vivian Girls. She’d record albums with rotating guitarists, drummers and producers while working part-time as a software developer. Until La Sera found a lasting sound—and Goodman quit her day job.

In the band’s early stages, Goodman worked through heartbreak with two albums full of daze-like harmonies that haunt each song. The first track on the self-titled album introduces the band with enchanting echoes of Goodman’s voice that circle the lyrics like the glow of a halo.

Now, five years after the release of their first album, Goodman has relocated to L.A. (and seemingly picked up some West Coast influences along the way). After working with, and then marrying, guitarist and music producer Todd Wisenbaker, the music moved away from melancholy and morphed into a breezy pop-punk. “We started playing faster, louder and more aggressively,” Goodman says. “I wanted to have fun playing music and writing songs with a band.”

The latest three albums feature Wisenbaker and infuse Goodman’s fifties pixie voice with clashing chords, creating a Pretenders-esque, alt-country sound. Working with producer Ryan Adams, the most recent full-length album strays away from lush harmonies yet focuses on featuring Goodman’s solo voice. It draws from influences like The Smiths, and features clear and hard-hitting lyrics. When you have a song called “Ten Headed Goat Wizard” contemplating the existence of God, you want to be sure people can hear every last word. (Kate Caplis)