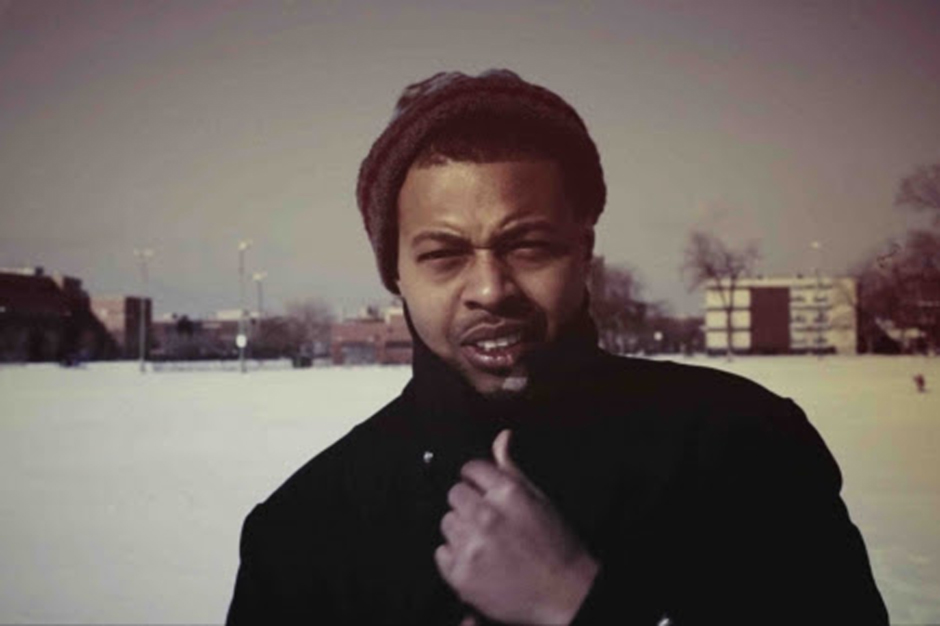 Chicago rapper Tree is by no means a new kid on the block, and you can hear that on his new EP, “I.B. Tree,” as well as when you see him rap live and when you talk to him. In fact, the block he came from pretty much ceased to exist while many of today’s rising stars of hip-hop were still in elementary school. Tremaine Johnson grew up in Cabrini-Green, a Chicago housing project synonymous with poverty and rampant gang violence, so much so that it was eventually demolished.

You can hear the hardscrabble, gravelly growls in his delivery as a product of coming from such a gritty environment; it’s a pain clearly captured in his patented “soul trap” sound. That pain could be attributable to any number of factors, but Tree doesn’t delve deeply into that history; he’s too busy spending time uplifting his own children, two sons ages ten and three.

He does, however, point to his family as being the inspiration for getting into music, though. “My grandmother, the matriarch of our family, made us all go to church every Sunday, Bible study every Wednesday.” He says that church music “was kind of ingrained into me naturally… I had to get into the choir.” While he says he never formally joined the church or the choir, he would still sing with them. “it was kind of like a responsibility; you had to do it.”

It may even be possible that Tree hasn’t grown above the tops of the minor forest of Chicago MCs by his own choice. The reason it’s been a while since we’ve heard from him? “I kind of got into other things, started getting older, started focusing more on my kids, I needed a break from the music; I got tired of the industry shit, more importantly. I come from Chicago, and it’s a different attitude… the music industry… a lot of it is just aggravating as hell, it’s just dealing with rappers, their egos, I just didn’t want to deal with it. A lot of these rap guys just aren’t as tough as they make themselves out to be, they aren’t as rich as they proclaim to be, and I was just tired of the whole falsehood; and after a while people began to expect giant things from me or would wonder why I wasn’t as evolved as some of these other artists who I know apparently are still broke. Why haven’t I excelled like they have?” Tree says there are really only one or two rappers that have made it “big time;” “everybody else has one foot in the street, one foot in the music business.”

He even had a deal on the table with Epic at one point, but said he had situations back home, “I couldn’t completely dedicate myself to flying back to New York.” And he wasn’t “enthusiastic about being a ‘superstar entertainer’…long story short,” he continues, “they ended up going with Bobby Shmurda, and at that point I kind of felt relieved. He was just a gold chain-wearing nigga and I was OK with it. I realized more importantly, I’m OK with anonymity—I kind of love taking my kids out and going places and people not running up on me, them not wanting autographs and shit. I’m older, I’ve found calm and peace, just being viable and being me, myself.”

When he started, Tree’s goal was simple: “I just wanted to make music that I liked.”  He always knew he could rap, but he says when he first wanted to get into it, “There was a whole lot of…dance music and bullshit going on and I just wanted to make music.” He created his own hip-hop subgenre, “soul trap,” which he describes as being a combination of Southern hip-hop, which is beat-based with an emphasis on high hats, kick drums and sub woofers. and he says “the whole ‘soul’ part of it was me becoming soulful with my music and even incorporating soul samples.”

In terms of his new, self-released EP, “I.B. Tree,” he says he had five to seven freestyles that he wanted to get out. He had been impressed with producer I.B.’s music after exchanging emails with him, so he provided the freestyles and let him work his production magic. Of these new tracks Tree points to “Kinfolk” as his favorite track, because “it’s all raw, it’s a lot of absolute truth, a lot of things that I’ve been getting into in the last year…that were bothering me at the moment, and I just let it out through the music without saying any words. A lot of things I was saying on the new EP were descriptive of what I’ve been going through for the past year, year and a half.”

“Police Mon,” his new single (not on the EP), relates to police brutality. “In the song, I ask, I wonder how my white friends feel, the fact that… I might get killed by the police.” It’s a very strong political point and was accompanied with a moving statement about the song upon release. About the track, he says, “I’ve sacrificed a lot of good relationships that I’ve made over the years, I’ve been outspoken; a lot of these artists just won’t even speak on it. I’m thirty-three years old, I’ve got two black children who are going to grow up in Chicago. Pardon me to be the one that speaks on it.”