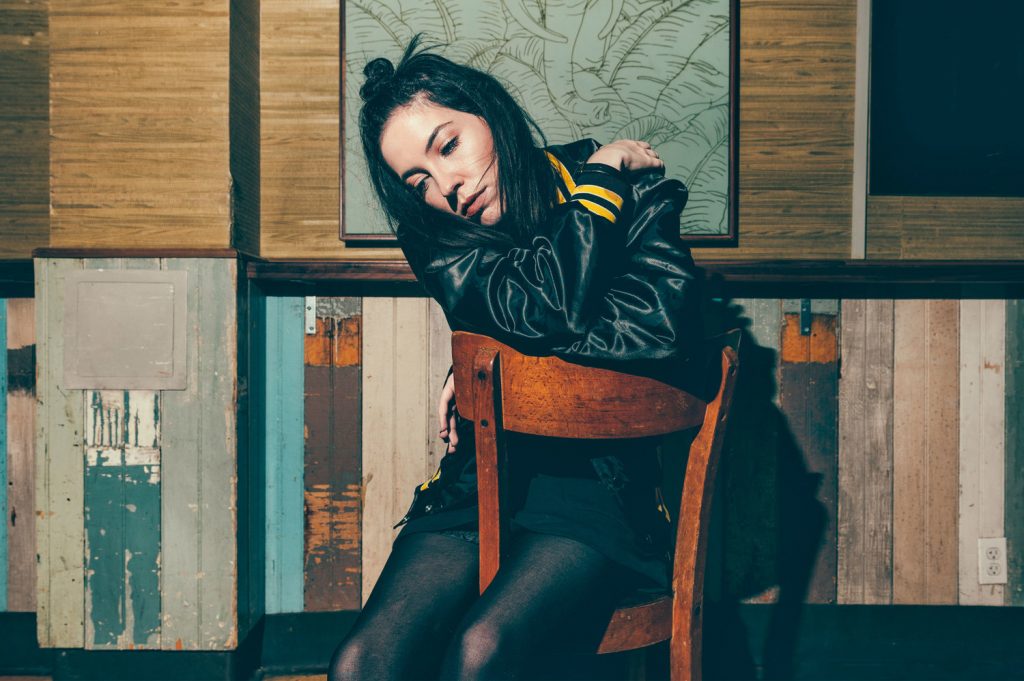 No one knew who Bishop Briggs was last year. The L.A.-based pop artist penned the pseudonym after her Scottish hometown, Bishopbriggs, but her real name had yet to be publicly identified, crafting her into a mystery that slowly unraveled with each lyric she wrote.

Former A&R manager George Robertson discovered Bishop Briggs in a bar, where she performed her raw and punching tune, “Wild Horses.” A few days later she recorded with producers Mark Jackson and Ian Scott (known for launching the indie-rock band Dorothy) and rolled out “River” under the name Bishop. It’s a somber song with hard-hitting beats and a gut-wrenching chorus that shows off her power, while its slight turn of phrase demonstrates her lyrical artistry: “Run me like a river.”

Her music masterfully blends trip-hop and dark pop, pairing heavy drums with vocals dripping of soul. All of her lyrics effortlessly flow, especially throughout her delicate verses. In “River,” she sings,  “How do we fall in love? / Harder than a bullet could hit you. / How do we fall apart?/ Faster than a hairpin trigger.” Other singles like “Wild Horses” build to a hook with no lyrics, just a hauntingly hollow, trap-like beat.

A few months after her singles were released, she realized a heavy-metal band shared the same name and added “Briggs” to her title. At this point, her birth name, Sarah McLaughlin, as well as a few details from her upbringing had been revealed in the media, but she still kept a relatively low profile; instead of using a backstory to elevate a narrative, she uses its absence to do just the same. In her first-ever interview last May she said, “We’ve been really wanting to make it about the music, and if you come to the show, you won’t hear me talk a ton…our whole goal is to make people really listen to the music and take their own interpretation from it.”

In the same interview she credits her throaty, powerful tone to her time growing up in Japan. From karaoke bar hopping to working with an inspirational gospel choir teacher, she started developing her soulful sound at a young age, which explains her musical inspirations, steering away from pop and more toward bluesy powerhouses like Alabama Shakes’ Brittany Howard.

While she’s only released five singles, a year ago she was playing shows with just five or six people in the crowd and now she’s on tour with her viral fusion of soul and EDM—just think of what she can do with a full album. (Kathleen Caplis)