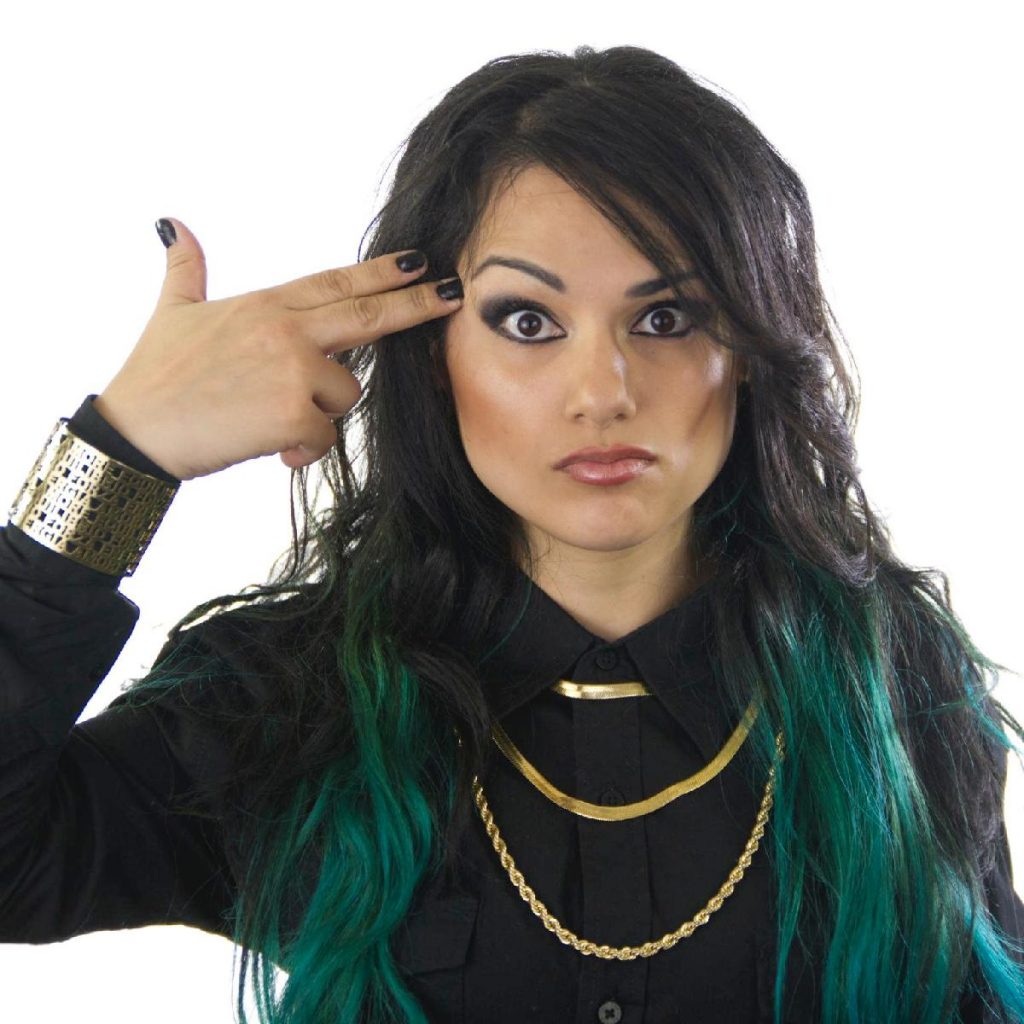 The Who’s Roger Daltrey recently told The Times of London that “rock has reached a dead end” and that “the only people saying things that matter are the rappers.” If that is the case, then the back half of November offers an abundance of chances to hear these “things that matter.”

It’s been ten years since Richard Colson Baker released his first mixtape as Machine Gun Kelly, at the age of sixteen. Four self-released mixtapes, one EP and two full-lengths on Interscope/Bad Boy later, the Cleveland rapper hasn’t slowed down his rapid-fire delivery, but he has matured in terms of sound and content. Just when you think MGK can’t spit rhymes any faster, he shifts to a higher gear and threatens Twista-like speeds. Having worked with Meek Mill, Waka Flocka Flame, Pusha T, Kid Rock and many others, Baker is touring behind his dark but powerful “General Admission” record, which dropped last year, and a new single with Camila Cabello, “Bad Things.” MGK plays an early all-ages show at House of Blues (329 North Dearborn) on November 16, with MOD SUN opening. Doors open at 5:30pm and the concert begins at 7pm; tickets are $32.50.

“Unorthodox” may have been the perfect name for the 2011 debut album from Snow Tha Product; consider that the Mexican-American rapper (and talented singer, too) started her musical career performing with her grandfather’s mariachi band at age six. She grew up as Claudia Alexandra Feliciano in San Jose, California, but now calls Texas home. She may have taken her inspiration for her nom de plume from Snow White, but she’s definitely not your stereotypical Disney character. Snow Tha Product’s delivery can vary in speed and flow, and freely switch from English to Spanish, but even in her softer moments, she’s always tough. Fresh on the heels of releasing her EP “Half Way There… Pt. 1” (Atlantic), she brings her Woke Tour (and fashion line) to Bottom Lounge (1375 West Lake) on November 17 for a 17+ show that begins at 9pm; tickets are $15.

Speaking of unorthodox hip-hop, RDGLDGRN might be the most unorthodox of this column’s picks; but the trio hailing from Reston, Virginia would not be the same act without their hip-hop inflections and influences. Like many current musical acts, they’ve been afflicted by vowel deficit syndrome, but for the sake of convenience, let’s pronounce their moniker Red Gold Green. Red (Marcus Parham) plays guitar, Gold (Andrei Busuioceanu) plays bass and Green (Pierre Desrosiers) sings; together they have created a unique mix that’s been called indie-gogo, a mash-up of indie rock and go-go, the syncopated rhythm endemic to Washington DC, near to their home stomping grounds. Their debut single, “I Love Lamp,” put them on the map with over 100,000 YouTube hits before they were even signed; they’ve since collaborated with fellow Virginia natives Pharrell Williams and Foo Fighters’ Dave Grohl (who played drums on the album version of the single and featured them in his “Sound City” HBO series). They play Reggies Rock Club (2105 South State) on November 21 at 7pm, with South Side rapper (and half of the duo Fuck Yo Institution) Ric Wilson opening the 18+ show. Tickets are $12 in advance or $15 DOS.

Minneapolis hip-hop duo Atmosphere performs at Concord Music Hall (2047 North Milwaukee) on two nights, November 21 and 22. Their dark yet hopeful new record, “Fishing Blues,” released on their Rhymesayers label, is their most accomplished and successful full-length to date. The production is multi-layered without being too busy and the rhymes are characteristically honest and intelligent without apology, and that’s just what Slug and Ant have become known for. They never fail to entertain live, although veteran show goers may grow tired of having to throw their arms up repeatedly in the live environs. Brother Ali, Dem Atlas, Plain Ole Bill and Last Word open both nights. The shows start at 7pm, are 17+ and tickets are $27.50 in advance.

Joe Budden is also in town on November 22, playing a gig at Promontory (5311 South Lake Park). Although Budden is a budding hip-hop talent in his own right, he may be better known as a member of rap supergroup Slaughterhouse, which also includes Royce da 5’9”, Joell Ortiz and Crooked I. But on his solo material, he shows a talent for engaging in a lot of typical rap tropes with an inventive lyrical flair and smooth delivery. Doors open at 8pm and the 18+ show begins at 8:30pm, with Q-Lasalle, Yung Huncho, Vex the MC and TOPS opening. Advance tickets are $20, $35 VIP or $100 Meet and Greet.

Finally, Tory Lanez plays The Vic on November 23 (3145 North Sheffield), but I’m pushing my word limit and past my deadline, so you’ll need to decide for yourself if that’s interesting. It’s a 7pm show that is all ages. Tickets $25-$49.