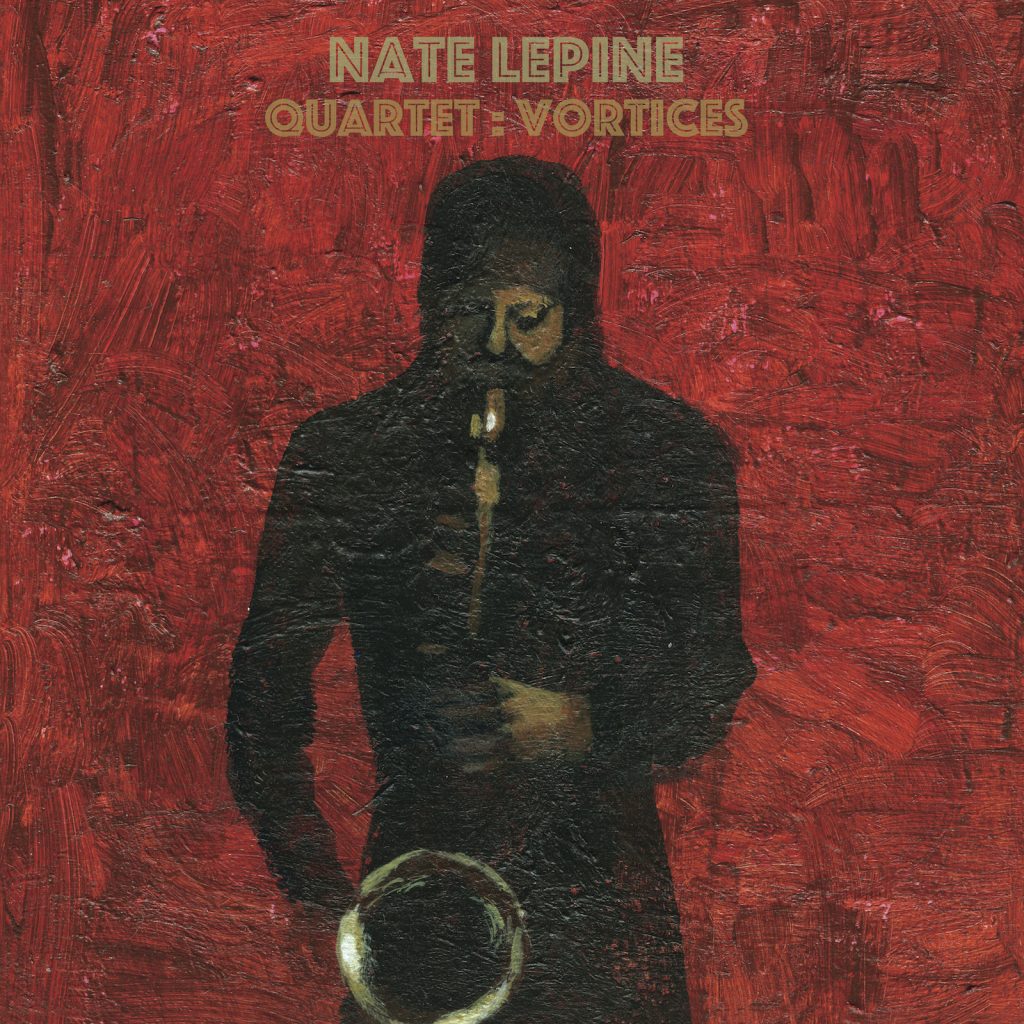 Tenor sax man Nate Lepine, who’s been a go-to guy for Chicago jazz and rock ensembles for the past two decades, proves he’s no shrinking violet on his first solo release. He composed all the tunes on “Quartet: Vortices” and hired an ensemble of players who are all bandleaders themselves: Nick Mazzarella (alto sax), Clark Sommers (acoustic bass) and Quin Kirchner (drums). What might have been overreach, in fact overwhelms.

“Youngblood” kicks off the album with a swaggering theme that sounds like a lost riff from “West Side Story” (somewhere between “Cool” and “Jet Song”). The saxes step over each other and elbow for dominance, like two young turks who’ve both spotted someone luscious on the other side of the street.

“Even Yeti’s Ready for Springtime” (whoever came up with the title has earned the rest of the month off) is a wonderfully springy throwback to the glory days of bebop, with Mazzarella and Lepine playing in masterful synch until, at the tail end of the intro, they veer off into dissonant shrieks. Sommers has a solo here that’s such a finger-popper, you almost have to sit on your hands to resist the urge.

Sommers drags you by the hand into “The Grass Is Rizz,” and the rest of the trio welcomes you with some intoxicating harmonics and a smart-alec melody line that unloads a few phrases of legato before dropping a staccato stop. It’s the wittiest, friendliest tune on the album—like a picnic with the Marx Brothers, if the Marx Brothers were insanely hip.

“So Don’t I (Nate)” is another throwback; it could pass as a dance-floor tune from the forties. Though Lepine’s mad soloing over Mazzarella’s recital of the theme would probably be too much muchness for the average bobby-soxer. It’s a short tune, almost a palate-cleanser; I found myself playing it three times through, out of sheer pleasure. But I needn’t have bothered; there’s a reprise later on—“So Don’t I (Nick)”—that gives Mazzarella equal time, and which is even wilder. You’d swear these guys have a few extra fingers on each hand.

There’s much more, all of varied textures and grooves; but “Hennies” is the highlight of the album for me—an absolutely gorgeous, searching theme, spiking up from Kirchner’s muscular gallop. The solos are scorching and the energy never flags; it maintains its breakneck page with tremendous focus and resolve. Thrilling. (Robert Rodi)

“Quartet: Vortices” is available for purchase or download through the usual channels, including Nate Lepine’s Bandcamp page.