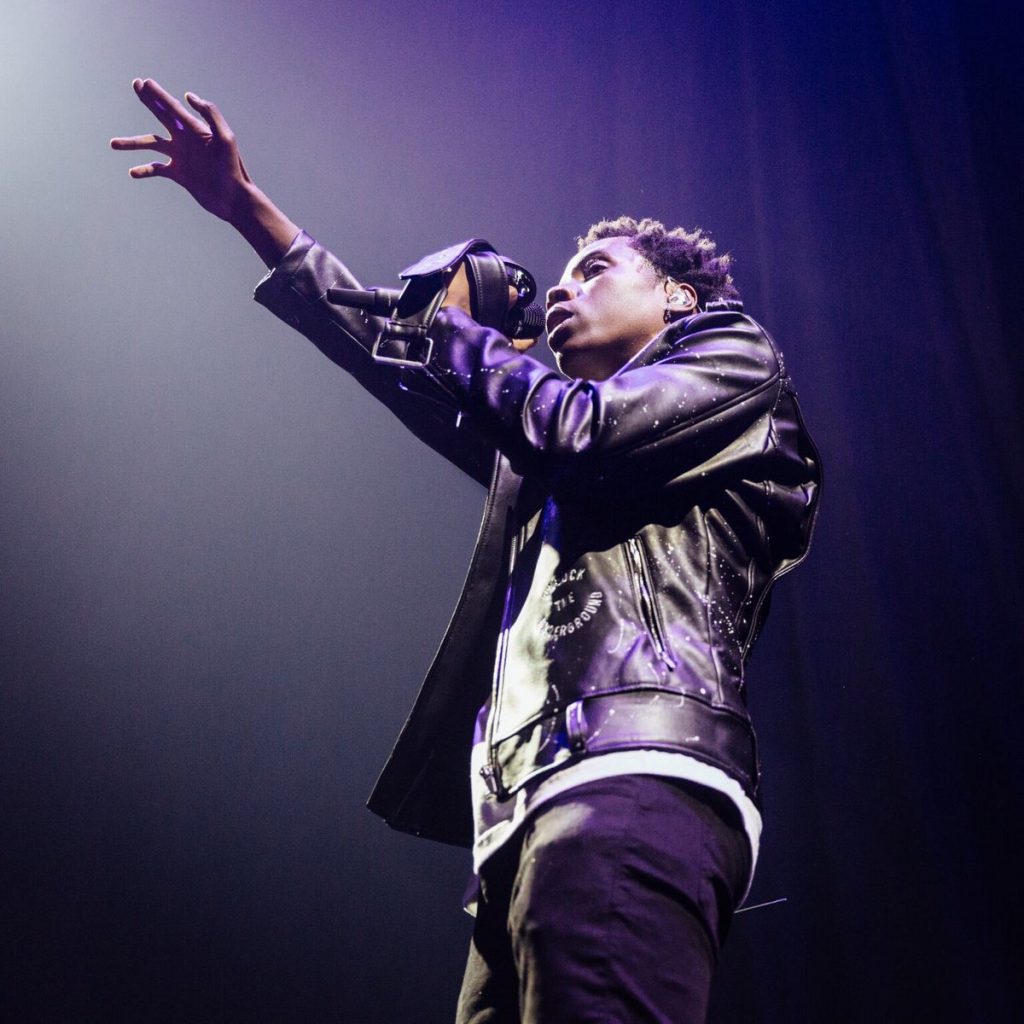 With the given name Denzel Spencer, I can think of about ten better hip-hop handles than Roy Wood$, but hey, who am I, his manager? Wood$ hails from Brampton, Ontario and is signed to fellow Canuck (and occasional tour-mate) Drake’s label, OVO Sound. He dropped his debut full-length, “Waking at Dawn” in July, following a 2014 EP entitled “Exis.” His smooth sound is reminiscent of the Billboard-ready sound of Drake as well as the modern R&B crooner Frank Ocean. Roy Wood$ may not have the cachet of the former or the natural vocal talent of the latter, but he’s still an up-and-comer with an enjoyable take on hip-hop. He plays an all-ages show at Reggies Rock Club (2105 South State) on December 4 at 6:30pm, with advance tickets $12 or $15 day of sale.

For a decidedly more experimental version of modern hip-hop, Reggies hosts Trapo on December 8. This show is also all-ages, a good thing since the Madison, Wisconsin native himself just turned eighteen and only recently graduated from high school. That doesn’t mean he’s a new kid on the block, though; he started recording and mixing his own music when he was in the fifth grade, and after 2015’s “The Black Beverly Hills,” a release he described as “a short project about Black prosperity,” and “SHE,” a nine-track EP about male and female relationships, he’s just dropped “Shade Trees.” The new record, his first full-length, is mostly his show, although it does feature Chicago’s Saba and Skizzy Mars from New York. “Shade Trees” comes close to realizing its prodigious ambitions, and Trapo’s talent gives additional credence to the truism that age “ain’t nothin’ but a number.” The show starts at 6:30pm and advance tickets are $13 or $15 DOS.

For a female flip-side further north that night, Minneapolis native Lizzo returns to Wicker Park’s Subterranean (2011 West North) fresh behind her playful recent EP “Coconut Oil,” her major-label debut after releasing two critically acclaimed independent releases, “LIZZOBANGERS” in 2013 and “Big GRRRL Small World” in 2015. The new EP may not “bang” as much as her earlier work, but she’s still a banging rapper and dynamic singer, and Lizzo is integrating yet more musical influences into her multilayered tapestry of talent. Bend your ear to the kickoff cut, “Worship,” which imbues a Prince-indebted funk jam with a healthy dose of Tropicalia; the modern-world-problems blues banger “Phone;” or “Good As Hell,” which was featured in the most recent “Barbershop” movie. If you caught her electric post-election performance of that track on “Full Frontal with Samantha Bee,” then you might have an idea of what to expect, but if not, be prepared to be bowled over. And if you’re in an early Christmas mood, look up her lovely 2015 single, “Never Felt Like Christmas.” This show is seventeen and over, starts at 8pm (doors open at 7:30) and tickets are $15.

Speaking of Christmas, hip-hop always seems to come up gimpy at this “most wonderful time of the year,” but that surely won’t be the case when something called “The Hip Hop Nutcracker” “reimagines Tchaikovsky’s classic score through explosive hip hop choreography.” Given the tired (and at this point one would have thought, hopelessly clichéd) Christmas ballet, any new take is welcome, but a hip-hop spin on the dance of the sugar plum fairies offers real allure. According to the press release, this version is reset in contemporary New York City, includes “a dozen all-star dancers, an on-stage DJ and an electric violinist,” and is described as a “holiday mash-up for the whole family,” which one imagines is coded language to mean that the performance will not include explicit language and the hip-hop de rigueur glorification of sex, drugs and violence. But it does include special guest Kurtis Blow! “The Hip Hop Nutcracker” is open to all ages, takes the stage at the Rosemont Theatre (5400 North River Road) on December 9 at 7:30pm, and tickets run from $24.50 to $75 ($125 for Meet and Greet).

2016 may be known for many improbable events—the Chicago Cubs winning the World Series, Donald Trump becoming president-elect (shudder), a hip-hop reinterpretation of “The Nutcracker”—but the most improbable hip-hop reunion (Chicago-wise) is The Cool Kids. Given that their rabid and devoted fans hadn’t heard anything from them since their 2011 full-length debut, “When Fish Ride Bicycles,” and their announced follow-up “Shark Week” had never surfaced, news of the duo’s reunion was greeted with almost as much acclaim and hype as the new record from A Tribe Called Quest. Antoine “Sir Michael Rocks” Reed and Evan “Chuck Inglish” Ingersoll came together in 2005 after Reed discovered a beat Inglish had produced on MySpace, and the group bonded over a mutual love of Eric B. & Rakim and LL Cool J. They DJed at a gig booked by Josh Young of Flosstradamus where they met Diplo, who offered to release what became a mixtape called “Totally Flossed Out,” and the rest, as they say is history. Fresh off a reunion gig at The Art Institute of Chicago and an intriguing new (!) single called “Connect Four,” The Cool Kids perform at Thalia Hall (1807 South Allport) on December 14; tickets are $10 or $3 if you RSVP via RedBullSoundSelect (first come, first served). The show is eighteen-plus with Payroll Giovanni and Femdot opening, and doors open at 8pm.