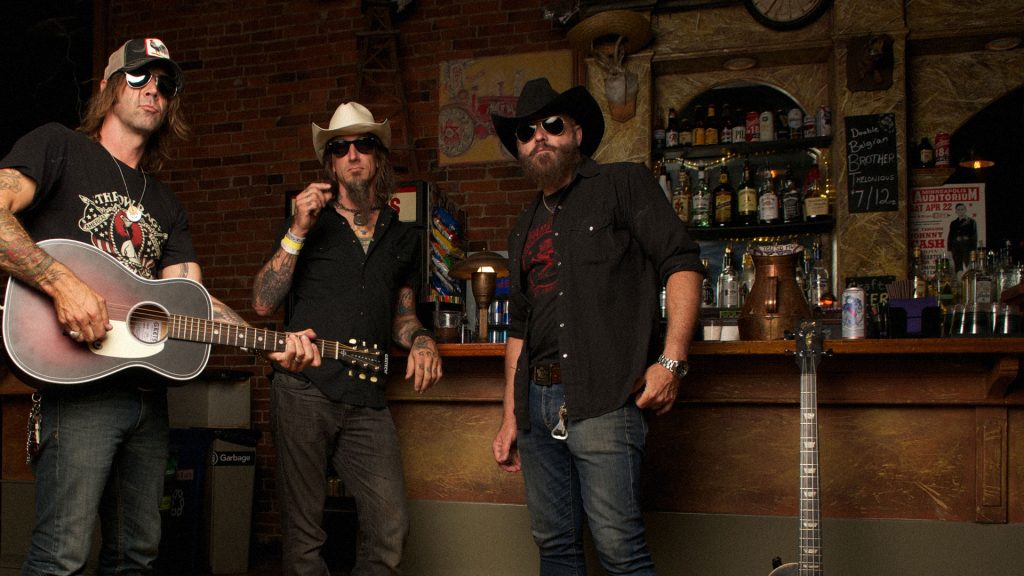 The Supersuckers claim to be The Greatest Rock and Roll Band In the World. Who are we to disagree? Even though they jest (a bit), the group founded in Tucson, Arizona in the late 1980s has as legitimate a claim to that title as anyone else. Though they started out as a bratty hard-rocking outfit—think Mötorhead crossed with Eddie Cochran—the Supersuckers morphed into a kind of country-rock band.

If that label makes you think of the Eagles, stop right there. Supersuckers crank it up and rock out. So while audiences might do some boot-scootin’, the rip-roaring songs keep things rooted in the rock idiom. These days the Supersuckers are closer to “outlaw country” than anything else—they’re even taking part in a cruise festival along those lines this winter—but applying any label sells the group short.

Leader and bassist Eddie Spaghetti recently had a bout with cancer, and in true Supersuckers style, he’s won every round so far. With his energy returning, he’s got the band back on the road for some high-energy performances.

If one digs a bit deeper into Supersuckers’ songs—many of which feature what George Carlin famously dubbed the “Seven Words You Can Never Say on Television”—there’s wit and subtlety to be found. “Let’s Bounce,” a standout track on the band’s most recent album (2015’s “Holdin’ The Bag”) slyly quotes John Lennon’s “Gimme Some Truth.”

There have been a few compilations that gamely attempted to distill the group’s best material onto a single disc, and the album titles alone give an idea of the self-deprecating snark that pervades the Supersuckers’ identity: 1992’s “The Songs All Sound the Same” collects their early singles, and “How the Supersuckers Became the Greatest Rock and Roll Band in the World” chronicles their years on hip indie label Sub Pop.

The truth is that one can’t go wrong with most any of the Supersuckers’ fifteen-plus albums—especially the live ones—but there’s really no equivalent to catching them in the flesh. (Bill Kopp)