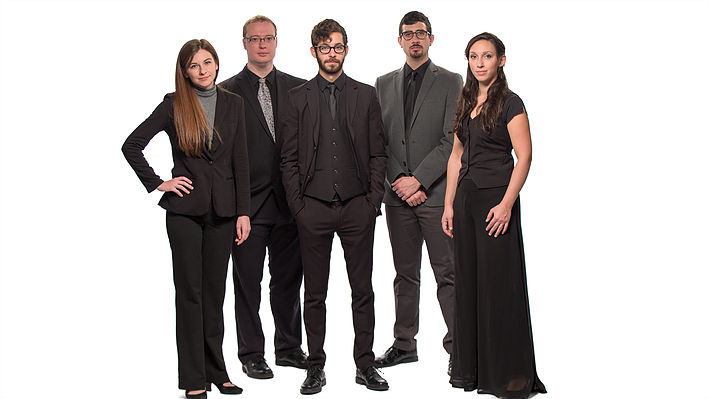 My dead Republican grandfather was annoyed by many things, including but by no means limited to Communists, long hair on guys, public spending on silly things like human services and the arts and, perhaps most of all, ending a sentence with a preposition. We had to practically tie ourselves in knots to avoid doing so, while under the mistaken idea that it was correct grammar.

Now, after years of saying things like “For what is that?” instead of “What’s that for?” and generally sounding like a complete douche, I find out that this whole don’t-end-a-sentence-with-a-preposition thing is one of the top so-called grammar myths out there.

I learned this the way we used to learn things back in more wholesome times: by watching television. I was watching Will Forte’s new show, “The Last Man on Earth,” and Kristen Schaal’s character walks into the scene with a gun in her hand and he says “What do you have that gun out for?” and she responds, “Uh-uh, out for what do you have that gun?”

It was a poignant moment for me, because clearly someone on the show had grown up with a grammar Nazi, as I had. But then, as we do in our unwholesome modern time, I Googled it and damn if the whole thing isn’t completely false. I was stunned. How is it that no one has ever corrected me in all these years? It’s the linguistic equivalent of walking around with a booger hanging out of my nose and no one saying anything.

And worse, now I’m thinking my grandfather might have been wrong about other things. For example, I’m pretty sure the long-haired kid down the street from us wasn’t actually a Communist. I’m also pretty sure that artists are a great thing on which to spend money. Or to spend money on. Turns out either way is just fine. My dead Republican grandfather would have hated that, and he might well have hated these concerts but I think you’ll love them.

ESS Artist Residency Program 2016 Showcase
Through a grant at the NEA, the Experimental Sound Studio has been able to offer year-long residencies to four decidedly different Chicago composers and sound artists in 2016. These artists used their residencies to create a variety of fascinating projects, from sound installations to multimedia presentations to creating a sound archive. This showcase features the work of the resident artists Rashayla Marie Brown, Mary Helena Clark, Christopher Preissing and Joel Styzens.
December 17, 8pm at Experimental Sound Studio, 5925 North Ravenswood; free.

Zafa Collective
I was literally in the process of saying to a friend recently that it’s about time for a new contemporary music ensemble to pop up in Chicago when I got an email from one of the members of the new Zafa Collective telling me about their mission and, well, their very existence. This will be their inaugural concert and it features the music of several great composers, including Eliza Brown and Sato Matsui. Chicago’s booming new-music scene always has room for another member!
December 18, 4:30pm at Roosevelt University, 430 South Michigan, Ganz Hall, 7th floor; suggested admission $10.

Ursa Ensemble—Fewer Dahlias
The always-innovative Ursa Ensemble gives a concert of music by women spanning three centuries and performed in what they’re calling “shuffle style,” meaning that the audience treats them like an old iPod, if you remember those, and can choose the order they play the tunes in. Man, that does feel good.
January 6, 8pm at Ravenswood Fellowship United Methodist Church, 4511 North Hermitage; $10.