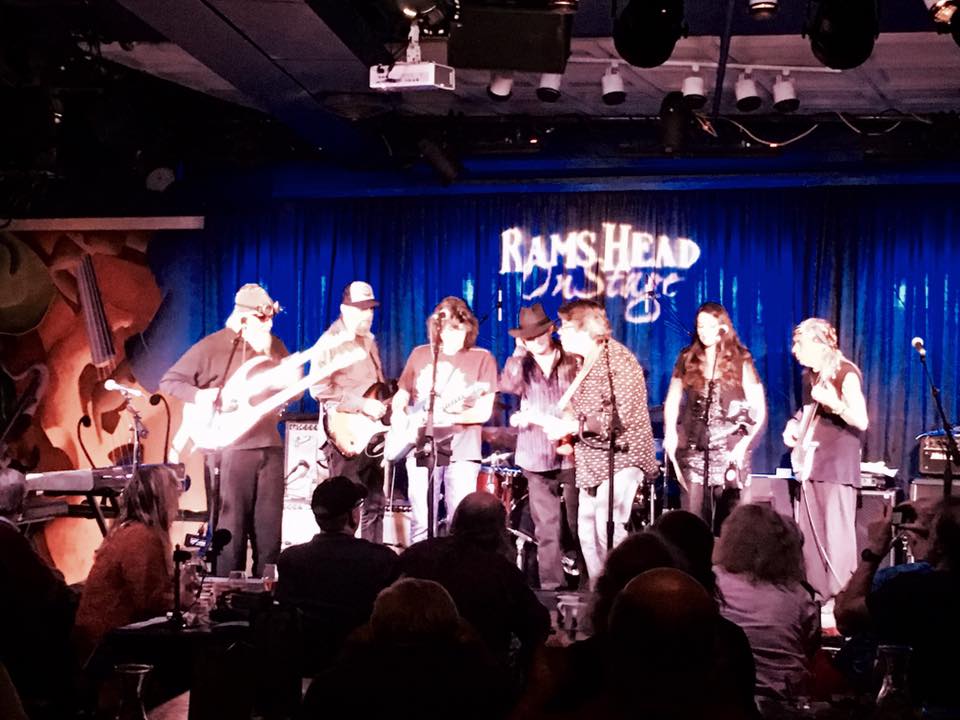 San Francisco was ground zero for a particular kind of rock in the mid-to-late 1960s. Most people readily associate the Grateful Dead with the Bay Area music scene of those days, but there were countless others. Moby Grape—perhaps the great lost band of the 1960s—was based in San Francisco. Creedence Clearwater Revival had their home studio (the famous “Cosmo’s Factory”) across the bridge in Oakland. Partly an outgrowth of the Beat Poet scene around Ferlinghetti’s City Lights Bookstore, San Francisco had a vibrant folk music culture.

Sometimes forgotten in all of this is one of that region’s most loved (and most mutable) groups, Jefferson Airplane. The group really took off (so to speak) once vocalist Grace Slick came on board, bringing some excellent tunes from her previous band The Great Society. The Airplane had a long string of moderate hit singles, and their albums were quite successful as well. More politically charged than most of their Bay Area musical comrades, they made records that at their best were both lyrically and musically compelling.

The group’s personnel changed right from the start, and various members undertook side projects, outside collaborations and other gigs. Guitarist Jorma Kaukonen and bassist Jack Casady formed Hot Tuna (originally to be named Hot Shit, but RCA nixed that idea) to explore musical ideas that didn’t fit into the framework of Jefferson Airplane; they even opened for the Airplane at many shows.

Eventually the Airplane ran aground; out of its ashes came Jefferson Starship. That outfit—led mainly by Paul Kantner and Grace Slick, with on-again-off-again participation from vocalist Marty Balin—was a more radio-ready group than the Airplane had ever been, but its more ambitious works are too often overlooked in light of the hits.

Jefferson Starship persisted on into the future, with more personnel changes, and crashed to earth in the mid 1980s with the dreadful (yet million-selling) “We Built This City.” Eventually there was a group called, simply, Starship. Along the way Kantner had yet another side group (Planet Earth Rock and Roll Orchestra, or PERRO), the original Jefferson Airplane reunited for a poorly received reunion album, and so on.

In the new century Kantner led a revived Jefferson Starship with a young Cathy Richardson doing an eerie vocal re-creation of the now long-retired Grace Slick. That all effectively ground to a halt with Kantner’s death in 2016, the first in this year’s long line of rock ‘n’ roll exits.

But some things never truly die, and the new group calling itself Airplane Family bears as legitimate a claim to the association with the original Jefferson Airplane as many of the previously named projects. Slick Aguilar was guitarist for Starship; bassist Peter Kaukonen (Jorma’s brother) has been a longtime associate of Grace Slick and Paul Kantner; Prairie Prince is best-known for his long tenure as drummer for the Tubes (another San Francisco institution).

Another member of Airplane Family, the man who actually wrote “Somebody to Love,” Darby Slick (Grace’s former brother-in-law) was a founding member of The Great Society. And to top it all off, Joli Valenti is the son of Dino Valenti, the guy who—among many other things of note—wrote the hippie peace-and-love anthem “Get Together.” So if Airplane Family isn’t quite to the level of San Francisco rock royalty, it can make a credible claim. In one form or another, the Airplane flies onward. (Bill Kopp)