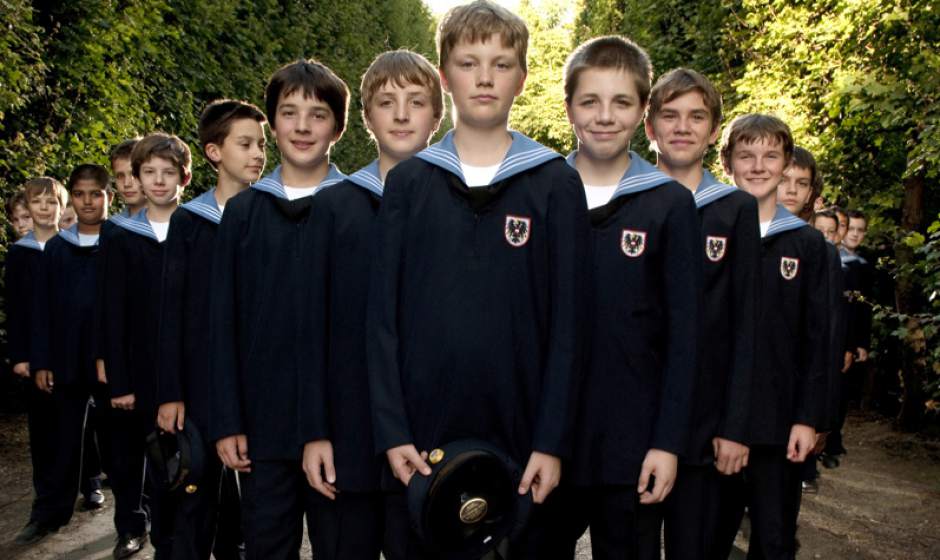 The venerable Vienna Boys Choir usually makes an annual holiday appearance in Chicago over Thanksgiving weekend, but this year, the more-than-five-hundred-year-old Austrian choir is performing closer to Christmas itself. The tour began later than usual to allow for the American election cycle to be completed; or at least that was the theory.

“We arrived on the day of the result,” explains kapellmeister Jimmy Chiang, who notes that “lifting spirits” has been the choir’s primary goal since the divisive outcome. Chiang is Hong Kong-born but attended Baylor University in the States before studying in Vienna and is married to American soprano Anna Baxter; he is one of four Vienna Boys Choir kapellmeisters, the preferred title for those responsible for directing one of four choirs.

“We have a hundred boys,” Chiang explains, “we divide it into four choirs. Each choir is basically the choir because of how we present ourselves in public is only twenty-five boys. It’s only once in a while in big concerts where we will combine together. All of us, each of us, represent the Vienna Boys Choir.”

Each choir of twenty-five is named after an Austrian composer who was also a member of the Vienna Boys Choir: Haydn, Mozart, Schubert, Bruckner; Chiang’s choir is the Haydn choir. “I’m basically the artistic leader of the tour and of this group as well because the group is tied with me all year long.”

Each of the four choirs alternate touring with performance duties in Vienna. “We take turns doing Masses every Sunday in the Imperial chapel, the Hofburg. Right now while we are on tour, there are two choirs that take care of that while there’s another one actually in Germany right now doing Christmas concerts. We and they are back before the end of the year and then will stay the next half year in Vienna and take care of those things and then the other two that are now there, will go on tour to Korea and Japan.”

Chiang himself is a father with two sons, “in fact, one of my sons is in the choir!” and began studying the piano “when I was four, and I think I already was performing when I was five. I played the Beethoven First Piano Concerto with an orchestra at fourteen and was a trained concert pianist before. And then I became an orchestra conductor and I did opera and all kinds of things before I came with the Vienna Boys.

“I think that is important having performed at their age so I can tell them sometimes what psychologically they need to cope with in front of the stage, what to do in case they are nervous, things like that, or when it does not go as well as you practiced, why, on stage it is different? I try to draw on my experiences so they won’t have this problem. For example, I repeat things more with them but when I rehearse them, I don’t just rehearse the details or rehearse simply to perfection, but rather, rehearse them more like a routine sometimes so that they can feel comfortable and even if you’re sick, you can still do the job. Sometimes I explain it’s almost like a surgeon: to not make a mistake they have to have many hours of that kind of practice. We rehearse every day.” 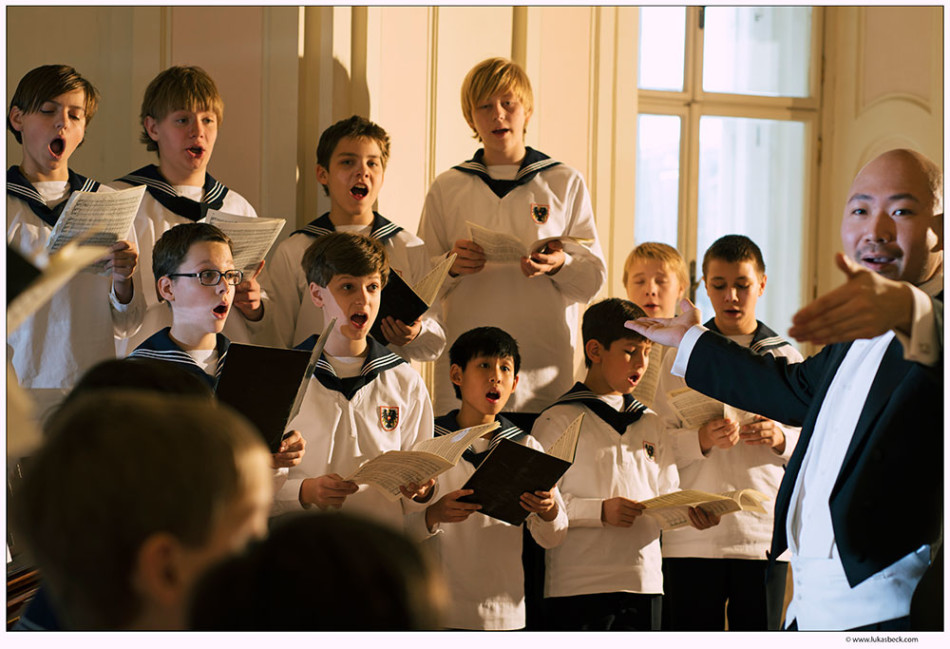 Even on tour? “Normally, I would not push them to sing the whole concert, more like a dress rehearsal. There are things that they need to be reminded, they are still kids. That’s the hard part because if you have an adult orchestra, once everything is done, you just have to meet at night at the concert. But these boys need to be reminded of a lot of things and they need someone to gather their concentration.

“At the same time, since this program is very solid, we do have to prepare for new stuff because when we’re back before Christmas, we do have to take care of a Mass already on New Year’s: on the First of January there is Mozart’s ‘Credo’ Mass and in that case, I would have to actually now start letting them learn.”

The choir has become far more international over its long history, evidenced by Chiang being from Hong Kong—although he trained in Vienna—and he notes that he is not the group’s first Asian kapellmeister. “There’s a colleague of mine from Korea who worked there a couple of years before I came. In fact, I think she was in Chicago last year.”

Nor is the choir make-up exclusively Austrian: “There are just not enough Austrian kids to do this anymore so we have international auditioning and we do have over thirty nations of kids among a hundred of us. On the one hand, it actually shows how international we are and it’s a nice thing to have the concept of music bringing us together. But at the same time, there are difficulties because you have different languages when they sing the same text, you’ll get different vowels. Everyone has not just dialects, but they come from different backgrounds: a Japanese singing the same kind of German will not be the same as an Austrian. Even an Austrian and a German will be different.”

And yet the moment the Vienna Boys Choir is heard, whether on its three-hundred-plus recordings that span from 1907 to its new “Merry Christmas from Vienna” (Deutsche Grammophon), the sound of the choir is instantly recognizable.

“The sound is really unique as I always tell people, because we do sing, especially when we are live, with only twenty-five boys before the voice changes. Most modern choirs will have adult men with them so when they sing four parts, they will have tenor and bass. When we sing four parts, we are still boys. There are certain unique sounds of four-part harmony on upper parts. In all of our settings, I am in the middle and I conduct from the piano. But that’s part of the tradition. When you have a separate accompanist and the conductor is standing outside, the concentration and the harmony is different if I’m actually in the middle and part of the artists’ sound. Even as a conductor, one should ideally actually play your music with your group. But in this case, I do, it’s more like chamber music when we are not a cappella because I am also playing at the same time so in that sense, it is more organic and like one.”

As for what the Vienna Boys Choir will be singing, “We have basically Gregorian Chant, five-hundred to six-hundred years ago when the choir started, through Baroque, the Classics, the first part presents the Viennese, the Austrian side of our repertoire: Haydn, Mozart, Strauss, Lanner and makes a line to the Vienna boys, the heritage of it. The second half is mainly Christmas and holidays in substance but even there, there is a connection to the group because while everyone does Schubert’s ‘Ave Maria’ at Christmas, he was a member of our choir! When we’re in America, of course, it would be nice to do something in English, something more American. We’re doing ‘On the Street Where You Live’ from ‘My Fair Lady,’ but there is a Viennese connection: Loewe, of Lerner and Loewe, had Viennese parents!”