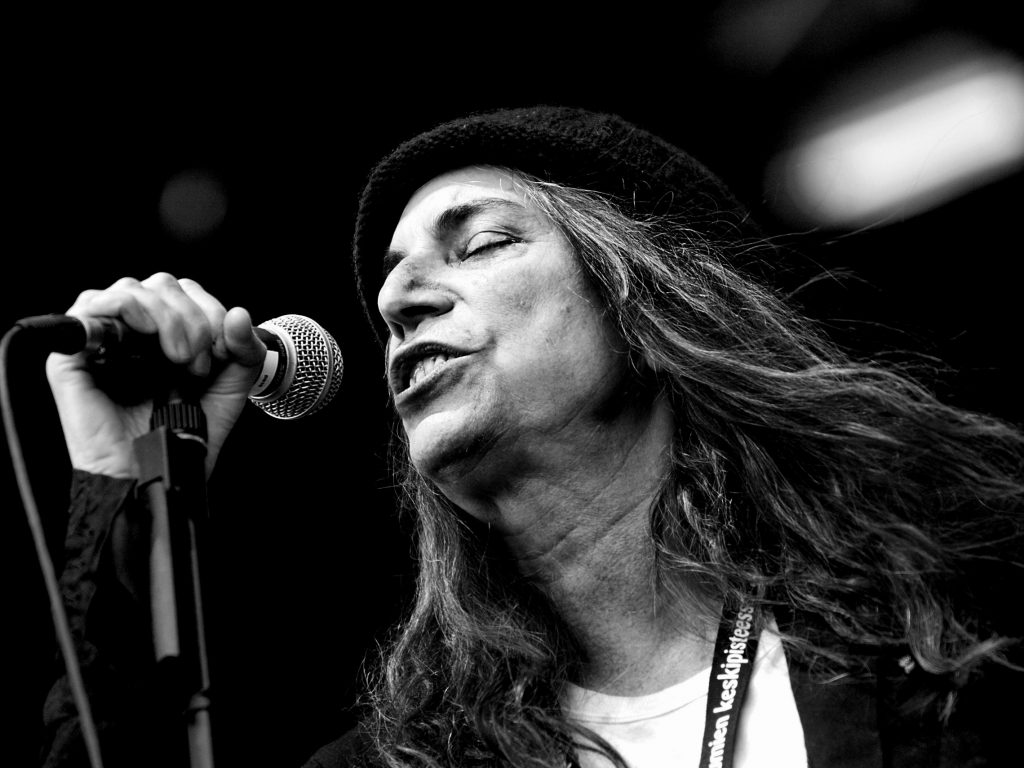 Over the course of her years in the creative world, Patti Smith has been called many things: muse, musician, rocker, activist, wife. But the one word that has always best described her is poet. An incalculably important part of the early 1970s underground rock scene in New York City, Smith would influence generations to come. While much of her work stands well outside the boundaries of what anyone would classify as commercial (“Piss Factory,” anyone?), Smith always brings a sense of realism and unvarnished honesty to her work.

“Jesus died for somebody’s sins / but not mine.” Smith wrote that line—one of rock’s most enduring lyrics—in her rewrite of the rock chestnut “Gloria.” It’s one of several highlights on “Horses,” perhaps the most revered of all her works. “Horses” received—and continues to earn—near-unanimous critical praise; the nexus of poetry and punk, it’s widely considered a masterpiece.

Perhaps it’s fitting that Patti Smith’s two most accessible and/or commercially leaning projects are the ones least appreciated by her most ardent fans. Working with longtime friend and producer Todd Rundgren, the Patti Smith Group released “Wave” in 1979 as a kind of farewell to the rock world. It’s perhaps the best balancing act between Smith’s arty predilections and mainstream rock; of course it sold less than the less-accessible “Easter” that came before it.

After an extended break during which she raised a family with ex-MC5 guitarist Fred “Sonic” Smith, Smith returned with her first “solo” album, 1988’s “Dream of Life.” Its standout track (released as a single), “People Have the Power,” is the sound of Smith attempting to write an anthem, and it’s largely successful on that score.

Another eight years passed before Smith would release a followup; “Gone Again” dealt with the loss of several of the artist’s close friends, most notably Fred “Sonic” Smith. It would be the first in a consistent string of releases (up through 2012’s “Banga”) that enjoyed critical plaudits but failed to light the charts afire. Along the way, Smith’s writing career continued apace; she currently has nearly twenty published books—memoirs, poetry collections, and more—to her name.

Smith made news again very recently with a bravura acceptance speech delivered on behalf of Nobel Prize for Literature winner Bob Dylan. She continues to tour often, primarily in large markets where her sophisticated approach is most readily embraced. Smith’s two nights in Chicago—during which she’ll perform “Horses” in its entirety—are her last before heading to Europe and Australia for 2017 concert dates. (Bill Kopp)