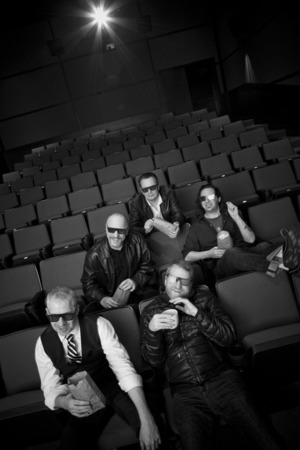 When they first came onto the music scene with their 1985 debut, “Telephone Free Landslide Victory,” Northern California-based Camper Van Beethoven was hailed in critical quarters as a kind of modern take on the relatively obscure group Kaleidoscope. Like that 1960s group featuring guitarist (really, multi-instrumentalist) David Lindley, Camper synthesized a wildly divergent array of styles and sounds into something uniquely their own. On any of CVB’s five albums released in the eighties, one can find successful hybridization of Eastern music with Spaghetti Western cinematic tunes, ska mixed with country and western and so on. And the group’s penchant for pointed humor was made manifest on the instant classic, “Take the Skinheads Bowling.”

But combining those disparate genres isn’t, in and of itself, anything more than an academic exercise: can we do it? Camper always took things to the next level, with accessible melodies and wry, sometimes Dadaist lyrical wordplay.

Camper Van Beethoven more or less went inactive after 1989’s “Key Lime Pie;” shortly thereafter, Camper mainstay David Lowery launched Cracker, a sort of nineties indie-rock answer to his previous band. Cracker initially seemed as if it would be a more mainstream-oriented group—and Kerosene Hat, their second album, included two major hits (“Low,” and the hidden track “Euro-Trash Girl”) and the popular album cut “Get Off This”—but Cracker soon proved itself to be nearly every bit as weirdly wonderful as Camper.

Some years ago, Lowery decided to reconcile the two projects, and for awhile now, Camper Van Beethoven and Cracker have toured in tandem. For someone like Lowery—who’s in both groups—that makes for a busy night. For fans of one, the other or both groups, it’s a guaranteed musical adventure that’s equal parts adventurous, nostalgic and just plain enjoyable. (Bill Kopp)