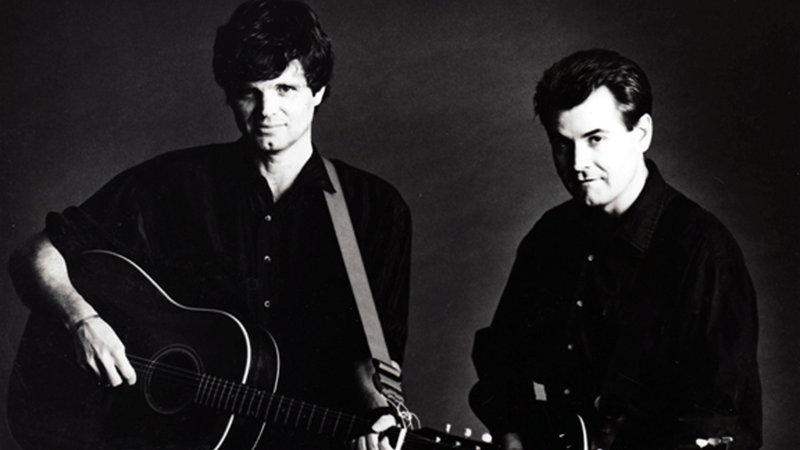 The Vulgar Boatmen have one of the most unusual setups in music. They’re actually two bands. Sure, certain groups—The Turtles being the first to come to mind—have long had one set of backing musicians for gigs in the eastern United States and another for shows out west. But that’s not what The Vulgar Boatmen do. The group’s two songwriters, Robert Ray and Dale Lawrence, live in different states; each maintains a group he calls The Vulgar Boatmen.

Since forming in the early 1980s in Gainesville, Florida (where one of the two lineups is still based), the group has released six albums and an EP. The band’s most recent release is 2004’s best-of compilation, “Wide Awake,” which has just received a remaster/reissue. A hallmark of The Vulgar Boatmen’s music is the chiming, highly melodic arrangements and relatively understated musical approach. Elements of country rock crop up all over the band’s songs, and the band’s lyrics—penned alternately by Indiana-based Lawrence and viola-playing Ray—are a cut above most of what you’ll find in that genre.

Perhaps it’s fitting for a group whose members would have to travel a great distance to see each other, but quite a few of The Vulgar Boatmen’s songs deal with travel. A fine example is one of the band’s most well-known tunes, “You Don’t Love Me Yet,” from their 1992 release, “Please Panic.”

The Vulgar Boatmen’s third album, 1989’s “You and Your Sister” (no relation to the Chris Bell song of the same name), also got the reissue treatment in 2015; the new release added several bonus tracks. The reissues make sense for the still-quite-active (performance-wise, anyway) group; most of the band’s original albums are difficult to locate—especially on vinyl—and expensive when they do turn up.

The band seems to shy away from anything approaching a commercial mindset. There’s no band website, and the group’s Facebook gets only an occasional post. (There’s also a Twitter account, with a grand total of 105 tweets since March 2009.) It was mid-November when they announced what they describe as their “Annual Schubas Schebang.” One can safely assume it’ll be Dale Lawrence’s group that shows up. (Bill Kopp)