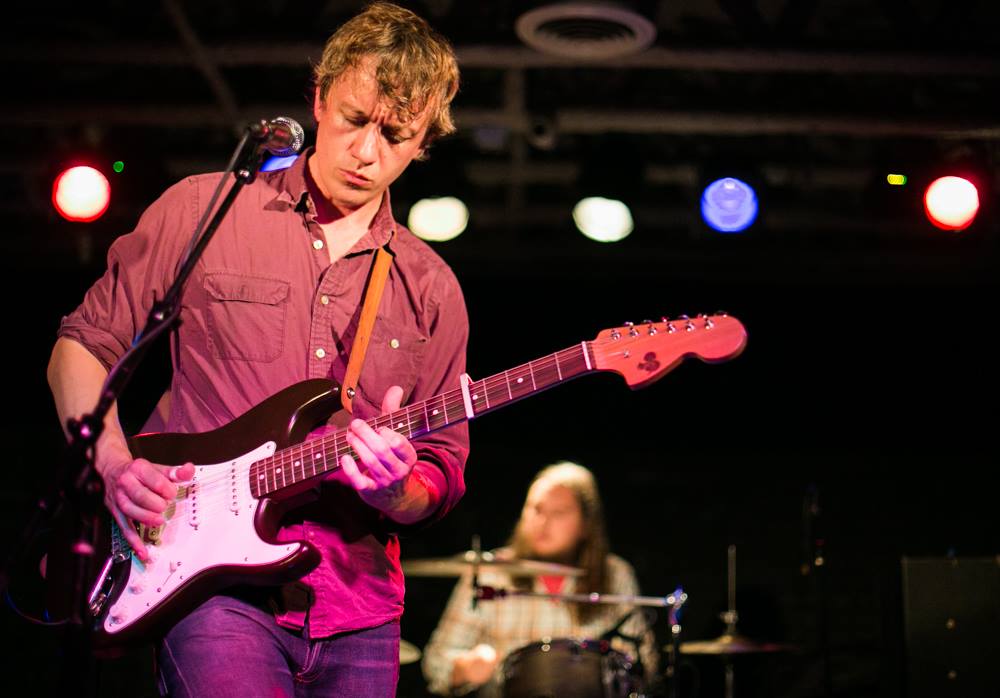 Steve Gunn is a guitar hero for the twenty-first century. Equally at home within the folk, rock and avant-garde idioms, he’s put together a richly varied body of recorded work in less than a decade. Though he attracted notice in 2013 as a guitarist in Kurt Vile’s The Violators, Gunn had been releasing albums on his own (and/or with collaborators) since his self-titled debut in 2007.

Gunn’s early career was sufficiently under the radar that when he released his sixth solo album, “Time Off,” in 2013, allmusic.com mistakenly called it his first. While his earlier solo albums were often largely acoustic and explored his fascination with drone, 2016’s “Eyes on the Lines” finds Gunn working in a decidedly pop context.

Though his stated influences variously suggest that his own music might be experimental, avant-garde or folk-leaning, on “Eyes on the Lines” Gunn instead makes guitar hero music that puts the emphasis on songcraft. With a lean, snaky guitar approach that’s equal parts Tom Verlaine’s work in Television, Jerry Garcia and Thurston Moore, Gunn distills his influences into something completely his own.

And that something is both fascinating and more accessible than the music that informed it. Gunn’s unassuming voice fits snugly into the songs, and his cracking, hyperactive (but never “busy”) guitar spins out an almost nonstop barrage of leads. Those leads serve as a kind of countermelody to Gunn’s vocals. There’s a hypnotic, floating quality to songs like “The Drop” that draws the listener in, and the carefully layered arrangements on “Eyes on the Lines” consistently reward active listening.

Gunn toured in 2016 with a full band in support of that album, but for his current run of live dates he’s presenting a stripped-down show. Armed with only an acoustic guitar, Gunn will present a set that mixes song-based material with improvisation. And he’ll share the evening with one of his heroes, Sonic Youth guitarist Lee Ranaldo. The two will team up for part of the set as well, guaranteeing musical fireworks of the subtle, smoldering variety.  (Bill Kopp)