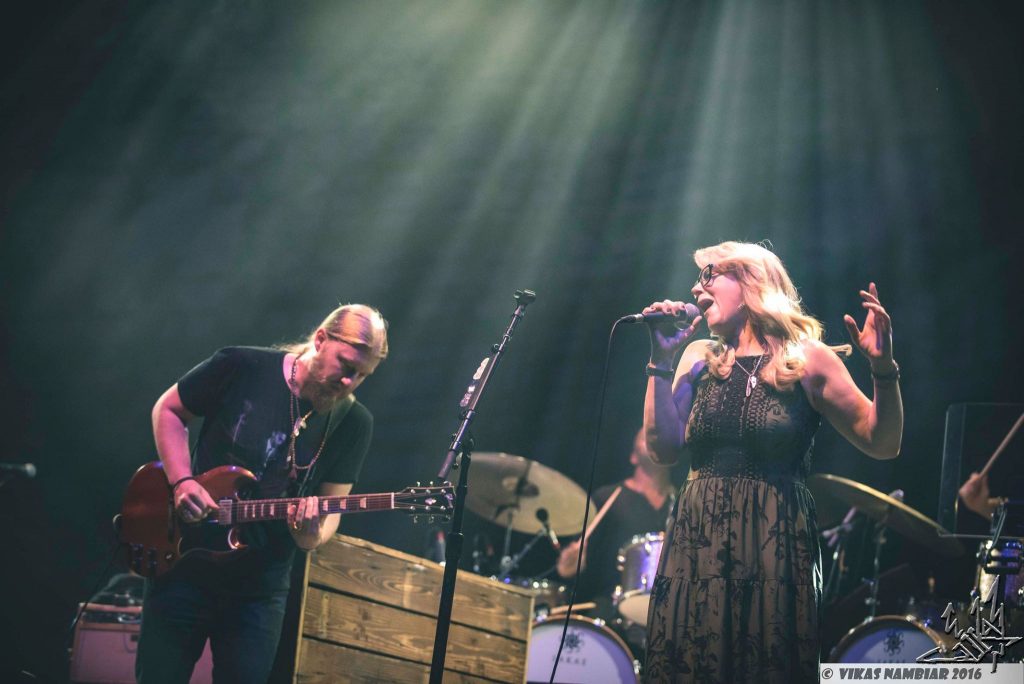 Guitarist Derek Trucks and singer-guitarist Susan Tedeschi both had thriving solo careers before they decided to combine their musical efforts into the Tedeschi Trucks Band. It helped that the pair were already a married couple, but there has always been much more to TTB than its two leading lights.

From the beginning, Tedeschi Trucks Band was envisioned by its founders as a kind of modern-day answer to early 1970s traveling collectives, with a specific influence being Joe Cocker’s “Mad Dogs & Englishmen” tour. Derek recalls that he and Susan had just watched the film of that concert, and then they thought, “‘It would be great to have a horn section on the road, and it would be great to have background singers.’ But you never really have the nerve to do it. It struck us that if we were ever gonna do it, that was the time.”

TTB was an outgrowth of the couple’s tandem tour, billed as the Derek Trucks & Susan Tedeschi Soul Stew Revival, and that Stax/Muscle Shoals southern soul vibe has remained at the center of the group’s sound. But while they based their concept on the music of others—and still include the occasional well-chosen cover in their set—Tedeschi Trucks Band has formed its own musical identity through original music.

To date, the band has released four albums (three studio records and one live set); 2016’s “Let Me Get By” is their latest and quite possibly their best. The band is no mere backup for Tedeschi and Trucks; the songwriting and arrangements are very much of a collaborative nature, and that aesthetic comes through on the recording; everybody gets something interesting to do—no small feat in a band of nearly a dozen musicians—but the resulting sound is never noisy or unfocused.

More streamlined than the typical jam band, more adventurous than the run-of-the-mill Southern rock band, TTB is something truly special. Building on his pedigree as the scion of Allman Brothers Band drummer Butch Trucks, Derek Trucks has—with his partner Susan—carried the vibe of the sprawling rock ‘n’ roll band into the twenty-first century. (Bill Kopp)