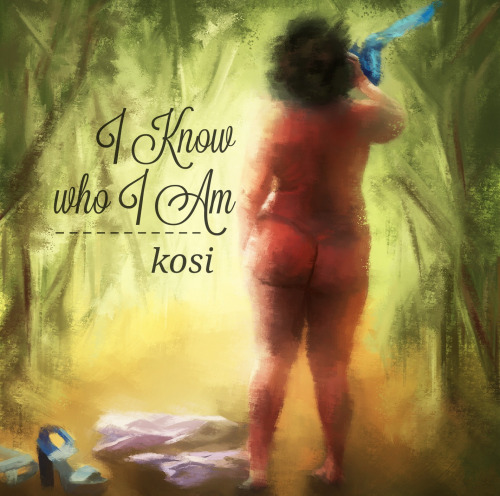 Jazz-blues singer Akosua Gyebi, whose stage name is Kosi, has the kind of voice made for stripped-down settings; in its range, tonal colors and textures—which include both serrated-edge cries and velvet crooning—she’s pretty much her own ensemble, and when she plays Chicago it’s often with a single accompanist, or her own guitar.

On her new release, “I Know Who I Am,” she’s got a full band; but she uses them sparingly. In fact the album begins with an a cappella version of Leonard Cohen’s “Hallelujah”—and if you don’t think you can take one more rendition of that particular tune, this may dissolve your resolve. The next cut, “Elder Washington,” is a gorgeous cut that pairs a slightly out-of-tune piano with Kosi singing far off the mic and with a thick layer of echo, providing just a hint of appealing friction.

Kosi’s songwriting plays to her strengths as a singer, and “Lament in A minor” features lyrics that might have seemed gimmicky, if not for her countdown-to-heartache delivery: “’Cause it’s been 1-2-3-far too many / times that I’ve been down this road I’m walking on / And it’s been 5-6-7-ain’t that something / can I be redeemed or am I too far gone?”

She includes a few spirituals in the program as well, including a stirring, funk-inflected version of “Since I Laid My Burden Down” with electric guitar by Aron Marchak and some wailing guest vocals by Vincent Parker. In all, it’s a rich, breathing, urgent album and Kosi inflects every measure with unflinching integrity. “Diva” is a hopelessly devalued word these days; we need a new one for singers like this, who stand their ground and deliver the goddamn goods. (Robert Rodi)

“I Know Who I Am” is available through the usual channels, as well as Kosi’s website.